A South Carolina legend of relative recent origin, it has been described (since 1988), as a large, 6-foot lizard-like humanoid creature. It resembles a giant upright walking lizard. It had rows of teeth and glowing eyes. It is said that the sticky pads on it's paws enable it to climb any surface (very quickly). No one is quite sure just where it come from (although older residents in the area claim that it is actually several hundreds of years old). Apparently disturbed as a result of industrial deforestation in the Region, it (and they, by some accounts)  are seen becoming more and more in contact with humans. There have been several videos and stills of Lizard Man on The Internet. The creatures are free roamers - having been recorded as far north as North Carolina as well. 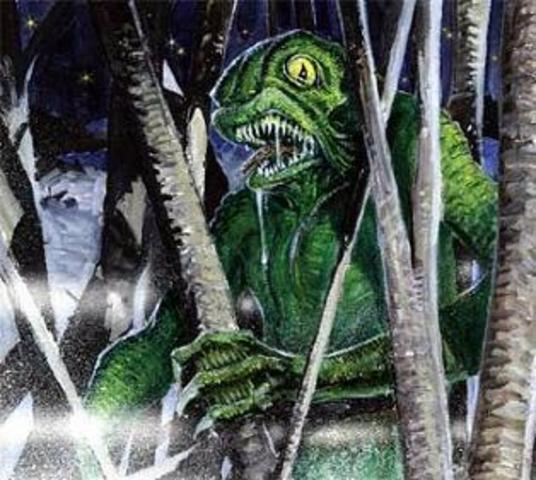