The ''Handprints'' of Wadi Suri

Discovered in The Sahara Desert in 2002, The Handprints of Wadi Suri in Lybia are unusual to say the least. The Cave is 26-feet underground and served as shelter for ancient peoples some 8,000 years ago. Primitive man had painted such scenes as hunting long-extinct mammals, ceremonial dances and so forth. What is odd, is not so much that the Artists placed hundreds of human hand prints through their work , they also place 11 reptilian hands as well! Originally thought to be children hands, it has recently been found that the hands are in fact Reptilian (but much different). In addition, several images of Dark Eyed, large headed Beings were also painted. The Beings look similar to many other Cave Painting (done around the time) throughout The World! Could The Reptilians a known Alien Race have visited the Primitives? 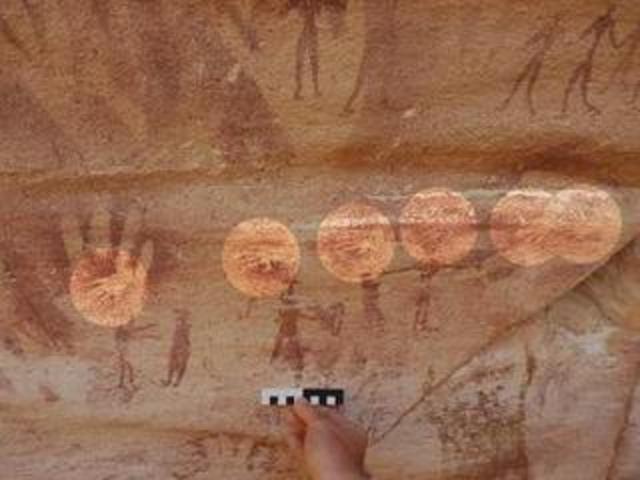