The Ghost of Anne Boleyn

Although The Tower of London in England has it's fair share of haunts in it's long and tragic history, none is more known (and perhaps seen), than The Spirit of Anne Boleyn, 2nd wife of King Henry VIII, she was charged with treason (as a way of removing her from her position as Queen Consort). It appears Anne (although she gave birth to Queen Elizabeth I)  could not produce a living male heir for The King. He created the treason charge to have her executed. She was beheaded in 1536. Since that time, Anne has been seen regularly wandering The Tower  with her head tucked safely beneath her arm! In fact, The King (and several other removed wives are seen as well. 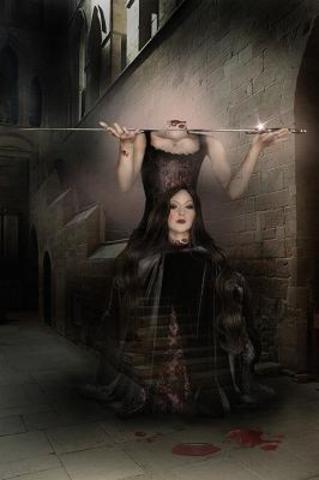