From Miller County, Arkansas (US),  comes The Fouke Monster. A species of creature that may be related to The Sasquatch (or Bigfoot). Sometimes called The Boogy Creek Monster, it was reported hundreds of time in the 1970s. Humanoid in appearance, The Fouke Monster is said to be 7-feet tall and covered (head to toe) in brownish-gray fur. The creature reportedly had a 3-foot wide chest and overly long arms. Footprints found locally were measured at 17-inches in length. Fouke Monster is also described with a horrid odor - similar to a combination of skunk and wet dog. Some reports date Fouke Monster going back to local Native American mythos. These shunned creatures lived in the deep local swamps. The offspring of their Gods, they were considered demons.One of the first reports involving a non-Native American sighting was reported in 1856. Fouke's do not like humans. Most reported close encounters involve them attacking and trying to kill humans. The most recent sighting of a Fouke Monster was in 2010. 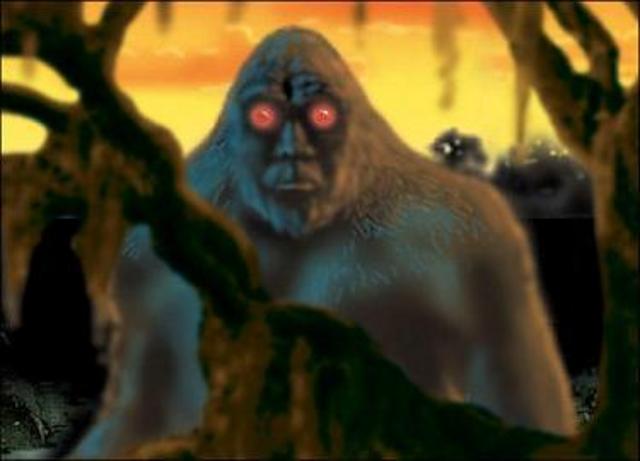