Many Cities in The United States, during The Great Depression, were hubs for crime brought abut by the non-stop unemployment and homelessness that that brought. Many Families were starving, save the occasional ‘’Bread and Soup’’ Lines set up for Them. But as The Nation struggled to escape this ‘’doldrum of misery’’, a prolific and quite Evil Serial Killer stalked the streets of Cleveland, Ohio. Between 1935 and 1938, Police investigated (12) horrible murders that would be dubbed by The Press as ''The Cleveland Torso Murders''. The very charateristics of the Crimes, were VERY similar to the much earlier ‘’Thames Torso Murders’’ of the late 1880s and 1890s in England. But The American ‘’version’’ would garner MUCH more headlines it seemed. The Crimes were carried on nearly every newspaper in The Country.

It is speculated that The Killer (or perhaps Killers), were responsible for 12 known Victims. But even after the murders ‘’stopped’’ officially, Police were ‘’finding’’ many more victims who had died exactly the same way. With an unofficial ‘’body count’’ as high as 25, most Crime historians cites these were most likely related to Depression-Era ‘’Mobs’’, removing ‘’Rivals’’. The Killer was noted for hunting in the poorer areas of Cleveland, even the outdoor ‘’shanty Towns’’ (Homeless) nicknamed ‘’Hoovervilles’’ (for the lack of political action by former President Herbert Hoover). ‘’He’’ or ‘’They’’ would capture Their prey and take them to another unknown location. It was at this spot, The Killer proceeded to cut off The head (which appears to be the real cause of death by Examiners, later). The Killer then proceeded to chop off the arms and legs. The entire ‘’gory’’ affair was then either buried or contained in such a way as to be ‘’discovered’’ by Police.  Sometimes, ALL parts were recovered, other times – not.

The Killer attacked both Men and Women, and apparently had no issue with Race as well. Of all the recovered victims, only 2 were ever identified. In attempts to try and identify others – Police even made ‘’Death Masks’’ of those heads still viable enough, and published photographs – in hoe of someone coming forward to identify a friend or family member. No one ever did. Just ‘’who’’ or ‘’why’’ The Killer attacked will never be known. After 1938, when The Depression Era was slowly beginning to end and economic recovery began, so too did The ‘’Torso Murderer’’ stop. They are a sad and enduring (still) point of interest for those living or visiting The City of Cleveland – even today. 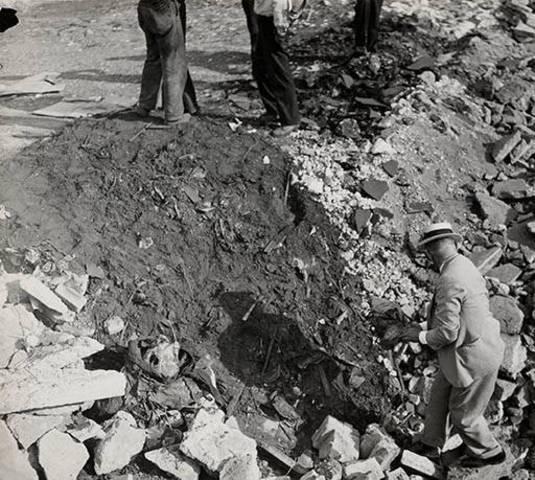