''The Cannibal of Ziebice'' (Karl Denke)

An ‘’terrifying’’ Case, because MUCH of it was and still remains UNKNOWN – Mr. Karl Denke was a ‘’mild mannered’’ Man who lived in Silesia, Prussia (now a part of modern Poland). Born in 1860, He was a ‘’hard raised Child’’ who sought life as a Gardener. When His Father died, Denke was left a very small portion of money. Using it to buy a small plot of land, He tried Farming (which failed). Denke would sell this and use the monies to but a small House. But the economy was high and He had to sell THAT as well. He lived in a small room off of His former Home (which the new Owners allowed). Denke was a Member of The local Lutheran Church, played Organ and was ‘’well liked’’. It is very hard – and will probably never be known just ‘’why’’ Denke began His ‘’career’’ as both Serial Killer and eventual Cannibal. Between 1903 and 1924, Denke began to murder and ‘’eat’’ Vagrants and Travelers in and around Ziebice (Poland). Police estimated that Denke may have killed and consumed as many as 40 (or more) Victims. When His last Victim escaped and survived a vicious pickaxe attack, The Police found Denke (at home) and arrested Him without the slightest difficulty. Jailed, when Police searched His Room – Denke hung himself in His cell. Police would later find MANY Human bone fragments and pieces – buried all around Denke’s Property. Another unproven rumor, is that Denke worked as a ‘’Home Butcher’’, advertising locally of ‘’fresh meat’’ for sale. The rumor stated that PERHAPS Denke was really serving ‘’Humans’’. As stated, The Case was never tried and ''The Cannibal of Ziebice'' physical remains (burial) have been lost to time. 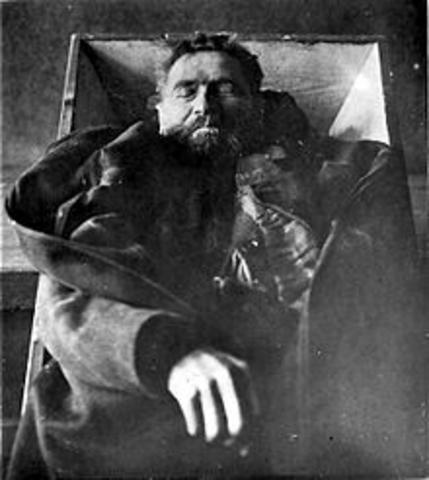