Often, The Meier Case is ranked in many a UFO Historian's Top 10 List . Decried by MANY as a hoax , the Case does have many hoaxing components. However, whichever side you take, the most unusual portion of The Meier Encounters are his photographs AND sound recordings. The Meier Photographs have been scrutinized by MANY (using Modern equipment). If they are hoaxed , many wish to know how Meier did it. The Camera and developing techniques of the 1970's could NOT have supported such advanced trickery . The same is said for his so-called Sound Recordings of the ACTUAL Spacecraft engines (landing and lifting off). Sound analysis cannot quite explain just exactly what the sounds are. Here is The Meier Case (in an abbreviated form).

Meier is from Zurich,Switzerland (b. 1937) he claims that from 1942 to 1953, he was visited by a group of Alien Beings claiming to be from the Pleiades/Plejaren Star Systems. Again, from 1953 to 1964, he was contacted (this time by Beings from The DAL Universe). The final Encounters from from 1975 to 1986 when 3 different Alien Races made contact with Meier. All of the Races of Beings revealed to Meier the makeup and development of their culture (they are all part of a Federation). Little was discussed regarding advanced technology. Religion seems to have been a popular discussion between Meier and the different Alien Races. The subject of dimensional travel and existence was broached by The Aliens many times. They claimed to have been responsible for altering Human DNA in prehistory (which led to our current evolution). The Races of Beings have been visiting Earth for many thousands of years.

Meier was allowed to photograph MANY of his encounters with Alien Craft (although he was not allowed to photograph the Aliens themselves). Meier's contacts were always out in the deep Swiss woods (far away from other Civilization). His photographs are mostly in color and are VERY detailed and clear. There are many different types of Craft photographed. Known as Beamships (by Meier's description), Meier stated in his many interviews over the years, that NOT all Alien Craft are Piloted. Some are remote controlled. Most of the Piloted Craft originate from Motherships (located in deep Space). Meier also claimed continued telepathic contact with these Beings (stating that he had been contacted close to 800 times since 1942. (You Decide, Talented Hoaxer or.................. 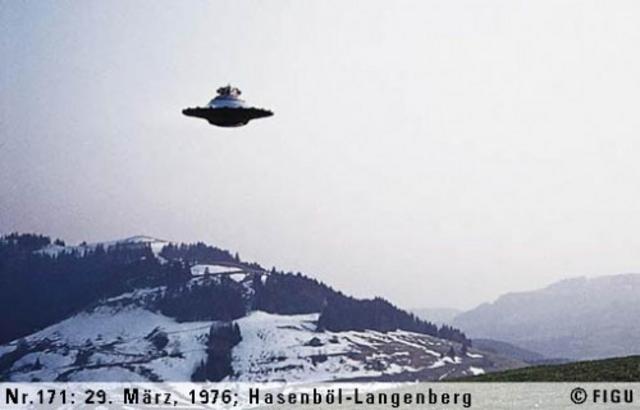