It was 1971 in The American state of Florida, when a ‘’freak’’ wild fire started on The Betz Family acreage. After local Fire service put out the brush fire, The Family decided to survey Their property for any damages. What They found was to say the least – weird. A Large ‘’Metal Ball’’, roughly 8-inches in diameter and weighing over 20-pounds, was discovered. The Family thought, perhaps – that the fire uncovered a historical artifact (Cannonball). Taking it home, They cleaned it up and found it to be ‘’Silver and shiny’’. It was displayed in the Family Home as a Curio. Later, during a quiet night of one of The Betz playing Their guitar in the living room, a strange occurrence happened.  The ‘’Ball’’ began to ‘’resonate and even amplify’’ the sounds of the musical instrument! In fact, ANY sound made around The Ball resulted in the same effect. The Family began to experiment with Their ‘’find’’. They found that if placed on the floor of the home – and if a continual sound was generated, The Ball would ‘’move towards’’ the sound! The Betz had no idea of just ‘’what’’ Their curio was. They were interviewed by Local News and even made a brief ‘’splash’’ in National Newspapers.

But those Skeptics among us began to press The Betz Family to properly test and have examined Their strange find. In 2012, Family Members allowed such tests. According to a Laboratory, The ‘’Ball’’ was nothing more than a ‘’Ball Check Valve’’. These large metal ball bearing are placed inside massive pumping machines (liquid), and served as internal seals when activated. Further, a Person came forth and stated that The Ball was really HIS! He was collecting scrap metal from a nearby factory in 1971 and crashed His truck. Most of His scrap fell out onto The Betz property. He was able to recover all His scrap – save The Ball. The Betz had never heard of The ‘’Scrap Man’’ before and Their property is not accessible from any local roads. For an even weirder reason, The Betz Family was contacted by The US Government. They too wished to examine The Ball. But The Betz refused to allow The Government to take physical custody of The Ball. A Group of ‘’Men’’ arrived at Their House with ‘’US Navy’’ Credentials and examined The Ball at Their home. They agreed with the ‘’private Lab’’ assessments and further added that The Ball’s ‘’movement’’ was probably attributed more to the fact that The Betz House was ‘’unevenly placed’’ (build) on it’s foundation and The Ball was simply rolling ‘’according to the lean of The Home’’. It should be noted that no other circular article (baseball or the like) – ‘’rolls’’ as such.

Due to the constant harassment and nay-sayers, The Betz Family no longer displays The Ball or even shows it. But then just what could The Ball really be? And what caused The Fire on their land just prior to discovering The Ball? Could it simply be a Ball Check Valve and an ‘’uneven’’ building foundation – or maybe ‘’something else?’’ 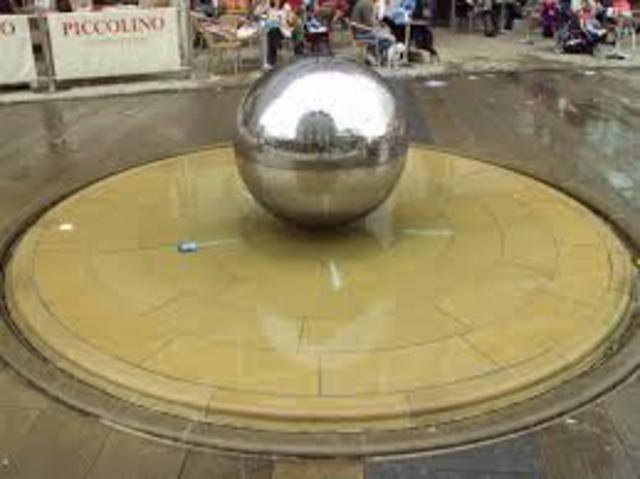