The Axeman of New Orleans

Roughly the same time as The ‘’Servant Girl Annihilator’’ made a ‘’name for Himself in Louisiana – so too did an entirely different Serial Killer, known simply as ''The Axeman of New Orleans''. Between 1918 and 1919, this Maniac killed (6) and wounded an additional (6). However, Police in The State of Louisiana assigned The Axeman with ‘’other mutilations’’ going back as far as 1911. The Axeman was NEVER caught, and the majority of evidence and clues were sketchy at best. The Axeman seemed to imitate (in part), the infamous British Serial Killer ‘’Jack The Ripper’’ (who was active in the late 19th Century).  The Axeman seeme4d to concentrate His attacks around a fairly large Italian immigrant community in New Orleans (although some Caucasian and Black Victims were also targeted).

The Axeman used the same method fairly consistently. ‘’He’’ used a hand chisel to break open doors to homes (allowing Him to slip His hand thru the door tom access the door knob). Once inside, He located some form of Axe (or even razor blade, taken from Male Victims). The Axeman then ‘’earned’’ His nickname. he would cut and hack His victims (mostly in Their sleep). Incredibly, some did survive – but in all cases, Victims were either attacked from behind or in Their sleep (without being able to see whom it was attacking).

The Police did have several Suspects, but in all cases these Criminals could not or were not involved (almost as a case of using ‘’Suspect Line-Ups’’ of known Criminals who regardless of guilt were often paid to brought in for interview). Some Criminal Historians state that a possible Suspect – wanted in New Orleans, was shot and killed by Police in Los Angeles, California (but this Suspect was widely discarded in later years). The Axeman taunted Police but once, with a ‘’Jack The Ripper’’-type Letter sent to them. The Killer may have read or seen a re-print of The ‘’From Hell’’ Letter (supposedly written in Human blood) – for He too sent a very similar ‘’tome’’ (lacking the red ink, of course). Identifying His ‘’place of residence’’ as Hell as well – The Axman made reference to various ‘’Dark Deities’’, which point to a possible Occult link. To this day, several hauntings in New Orleans and surrounding communities, boast possible ‘’Axeman’’ links, relating to the Spirits of Victims or – perhaps even The Axeman, Himself! 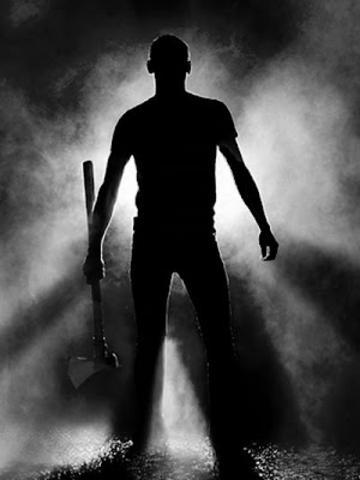