Appearing in ''most'' Arthurian Sagas – ''Sir Ector'' is portrayed basically as a Manor Lord, with other works calling Him a King. In Mallory's ''Le Mort'', Ector serves as the adoptive Father to an Infant Arthur. Merlin spirited the future King away from His dead Father (Uther) and Mother (Irgraine). As part of The ''Lake Prophecy'', Arthur was raised by Ector, and saw His biological Son Kay – as His Brother. It was from this location in the story, that Arthur serves as Page (Squire) to Kay – who is competing for a chance to withdraw Excalibur from The Stone (set there by Uther many tears past). When Arthur (who eventually draws the fabled blade from The Stone), is King, He sets a special place for both Ector and Kay at The Round Table. 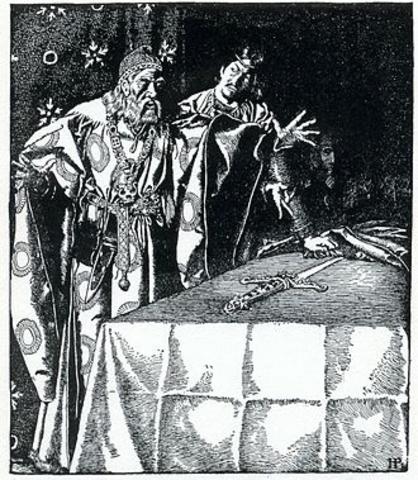