This Report comes from Kaolinovy, Russia in 1996. A ''Child'' died prematurely. Sad, but it happens. What was strange about the Case was that the fetus was supposedly an Alien-Human Hybrid! As The Case goes, A local woman had found the fetal remains near the Village of Kaolinovy. It was soon determined that the Mother (who was severely mentally handicapped), gave birth and did away with the Remains. The Police were alerted, and the Mother was taken away to a local Asylum. She reported was killed later while trying to escape (hit by a car). The baby was closely examined by Medical Experts. Identified as a He , the child appeared like nothing human and looked very much like, what is currently described as a member of The Reptilian Alien Race. Corresponding to a normal 25 to 30 week old ''Human fetus'' in terms of growth, subsequent DNA testing were determined as inconclusive . ONLY photos of the Baby exist. This is where the story goes off track . Apparently, the body disappeared from The Medical Examiner's Office. Strange Lights had been reported nearby just prior to the disappearance. Later, it was determined (of course by Government sources), that a severe radiation leak-exposure in the vicinity of the Village of Kaolinovy in 1957, was no doubt the cause for the strange deformities. It should be noted that NO ONE ELSE reported deformed children from 1957 to 1996. 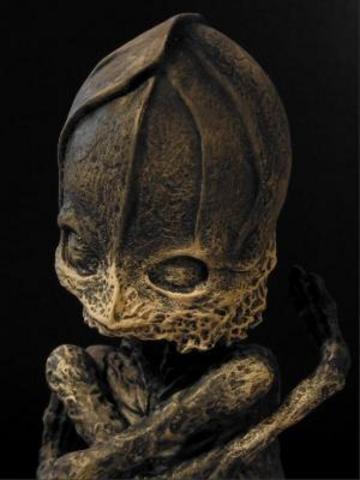