One of the most reported UFO incidents (even more than Roswell), was a fly by of a series of unexplained craft directly over Washington D.C. In 1952. Seen by hundreds (perhaps thousands of people) even a series of photographs were taken by several sources. The incident took place twice. The first flap was July 19-20 and again on July 26-27, 1952. Initially spotted by Radar, some 30 glowing saucer-shaped Objects flying in formation, flew over The Nation's Capitol at around 10,000 feet. No aircraft were in the air at the time (and Commercial Flights entering D.C. Airspace were still some miles off). A flight of Military Jets were scrambled to intercept the formation . As soon as the Fighters reached altitude and were 3-minutes from intercept, the Formation of Craft simply winked out . Subsequently, the incident happened again the following week. Again, Fighters were scrambled and again the Objects vanished before they could be approached or identified. 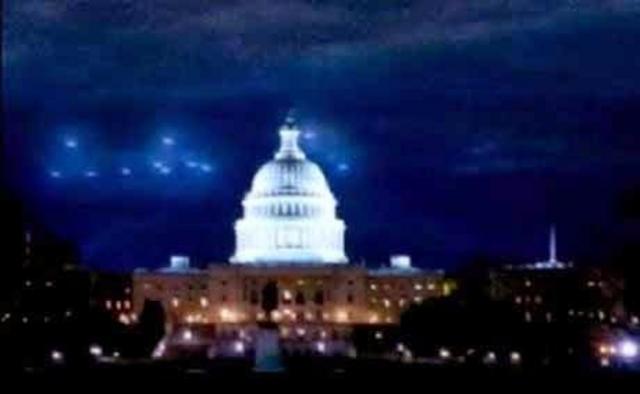