A ''Story'' going back to 1830s England, ''Spring Heeled Jack'', was possibly one of the first Modern Urban Legends (one hopes). His myths goes from England to Scotland. The creature or man was seen to be 6 feet tall. His eyes glowed red with fire. His hands were bat-like claws. Wearing a tight, form-fitting black jumpsuit (he also was described as having wings) - Jack could  jump several hundred feet in the air. Covering immense distances, Jack also wore strange boots (some seeing spring-like attachments). Jack was known to try and steal babies and  slash or cut the faces and bodies of his victims. He was also known to breath out blue and white flames from his nose and mouth!. When Jack spoke, it was a language  unknown to the listener. A ''Jack Flap'' (mass sightings), were reported (and in some cases by respected persons)  from 1837 to 1838. Again, sightings rose in the 1870s. The last known Spring-Heeled Jack sighting was in 1904. What was he (or it ). Was he mass hysteria or early fodder for the notorious ''Penny Dreadful'' novels Policemen and Army Officers saw Jack. The Lord Mayor of London even claimed a sighting. Was Jack made up to spur tourism Or maybe a diversion for the poor and middle-class. 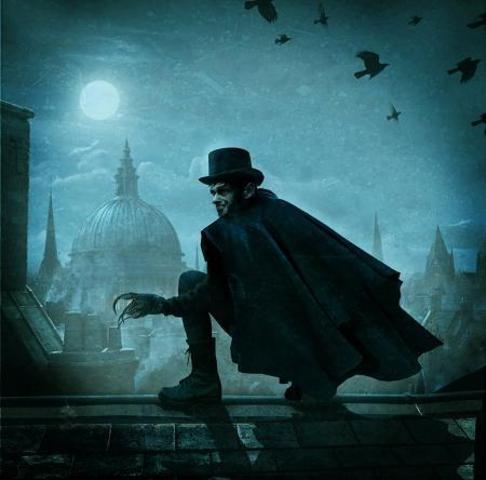