This unusual report came from several French Missionaries in North Africa’s Mount Orabou (Tanzania, Africa). Dating from the 16th Century AD – it was said that a ‘’large creature’’ was commonly seen near The Mountain lake. Described as ‘’part Feline and part Lizard’’, it was close to 5-feet long and may have weighed as much as 100 to 200-pounds. When confronted, the Beast, named ''Orobon'' became agitated and aggressive – even chasing the observing Priest. Local Tribesmen told The Priest, that the Beast has ‘’always been around’’ and is normally avoided. In fact, many Locals refused to travel to or around The Lake with children, as in the past – Orobon has attacked and drug Them off. While much of these reports could be a case of misidentification of a known species, it is not too far off to see the encounter as being with some yet undiscovered form of Hybrid animal, perhaps thousands of years old in evolution. 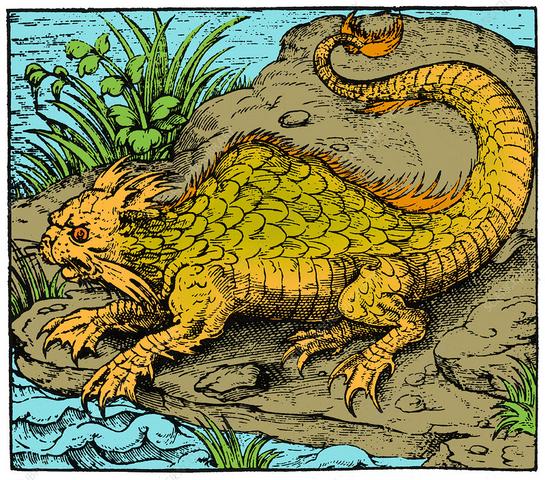