Hardly anyone visiting The American State of Louisiana could not resist a trip to The City of New Orleans. But not just this City, visits tend to center around the famed Bourbon Street (‘’Rue Bourbon’’). Even after so much natural damage after decades of Hurricanes, Bourbon Street is always rebuilt. It is the center piece for Jazz, Blues and Food. But no trip to New Orleans is complete without ‘’bumping into’’ the OTHER ‘’face’’ of The City, a somewhat darker visage. The City is The Mecca for that transplanted Caribbean Folk Religion known as ‘’Voodoo’’.

As We have ventured previously, no other name in The City’s History still elicits respect and fear as that of Marie Laveau. The most famed Practitioner of The ‘’Dark Crafts’’, Her grave is still a pilgrimage since Her death in 1881. And it is Her notoriety that is applied to a Store Front Business in New Orleans called ''Marie Laveau's House of Voodoo''.  Opened for ‘’business’’ in 1988, The Store sells every conceivable talisman, amulet, ingredient and icon dedicated to The Craft of Voodoo. The only rule for entrance? Absolutely NO Photography is allowed inside. It is ‘’thought’’ by Believers, that a photograph may trap some wayward Spirit (Loa), which in turn would ‘’follow One home’’ – much to the displeasure of The Offender.

The other ‘’selling point’’ for Laveau’s House, is it is touted as being Her actual Home. But most credible Historians cite that Marie’s original House (several blocks away), was long ago torn down – replaced by a various collection of buildings and businesses. Believers cite in retort, that She have ‘’other Homes’’, but no real proof exists that The ‘’House of Voodoo’’ is one of them. Owners of The House, state that Laveau’s Ghost is a common presence felt often, and the Business is – by virtue of WHAT it is – is a Paranormal Hotbed. But other than private Mediums and approved Seances – no real Paranormal Investigations have ever been allowed. So the next time your in Louisiana, do go and visit The ‘’House of Voodoo’’, One never knows just WHAT may happen……… 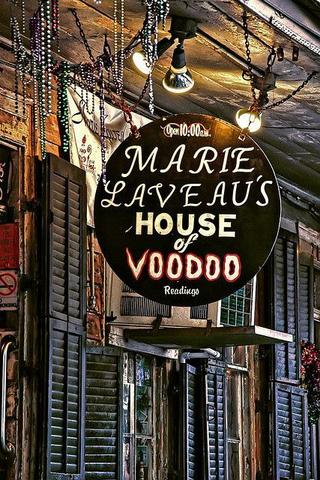