Long forgotten by many, ''Lilith'' is technically the apex of Monsters. She was of course, The Mother of All Monsters. Seen originally in Jewish mythology, Lilith (or a character like her), even has been found in Ancient Sumerian cuniform text. As for her Jewish traditions, The Alphabet of Sirach, which dates from 700 B.C. Tells her story. Lilith was really Adam's (Garden of Eden)  first wife. Made from the same earth as Adam was, she too was made by God to be subservient to Adam. This she refused. In fact, she ran away from Adam and left The Garden of Eden (which is why God created a different approach with regards to Eve!). Lilith eventually meets with (and has relations with The Archangel Samael). Samael has various associations (both of which, depending on your religion, may be good or evil). In Christianity, Samael is a fallen Angel. Their offspring were cursed (of course), by God as (what for it)  Monsters. These children will eventually form the basis for Vampires, Werewolves and every other nasty Haunts in The World. 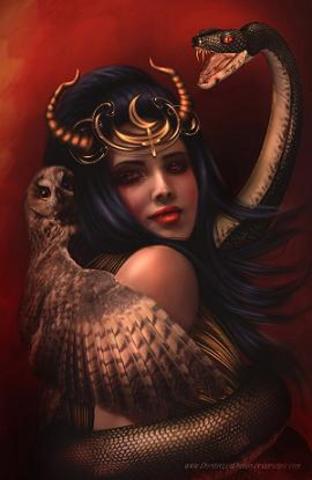