This is positively either one of the most elaborate hoaxes of the 21st Century or proof positive of a major Government "cover up". While most people cite it to be fake - there is no real way to verify the story. Most "evidence" has been mysteriously lost or has vanished from most "On Line" Sources. In fact, most "Participants" have as well - vanished off the face of the Planet. You decide. is The Apollo 20 Hoax - simply that or something else?

NASA (The National Aeronautics and Space Administration), is the lead US Government Organization which is tasked with Space Exploration and matters of Astronomical discovery. Following it's inception in the early 1960s by then US President John Kennedy, they followed his "battle cry" to "go to The Moon". This created The Apollo Program, for exploration. Vetted and specially trained former Military Pilots were chosen for Crews. 16 such Missions were launched. Then mysteriously, NASA stopped all Lunar Missions (after Apollo 17). "Budgetary issues" were cited as the cause. In reality, America had lost interest in Space.  As we have seen in the previous Article "Moon Base Luna", Conspiracy Theorists claim the real reason for NASA (and other Countries) stopped their Lunar exploration, was that Extraterrestrial "Life" had already claimed The Moon as theirs. Whatever the "message" it was heard "loud and clear". Proof had been established by a collection of classified and quite amazing photographs (taken by Astronauts), of Ancient Cities, artifacts and actual flying craft. However, The US (in a joint venture with The Soviet Union), still launched a secret mission to The Moon, to recover what satellite imagery claimed to be a crashed, but intact Alien Spacecraft. Slated for launch in 1976, the Mission was identified as "Apollo 20".

After Apollo 17, and unknown to many - NASA still maintained fully functional launch vehicles and equipment from the three cancelled missions. It took little effort to prepare a secret launch. America hardly paid attention to the hundreds of "normal" Satellite launches, as well as NASAs newest Program - the first space dock with Russian Cosmonauts (Apollo-Soyuz). Secretly trained, Mission Commander William Rutledge and his crew were launched into Space to rendezvous with their Soviet counterparts. Apollo 20 was "launched" in August of 1976. Upon arrival and orbit of The Moon, the Ship locate the wreck of the massive Alien Craft. Estimated to be 1.5 Million years old, Rutledge and crew landed and surveyed the Craft. Finding many "amazing artifacts" were nothing to the recovery of a perfectly preserved Alien "Female" body! Rutledge  (in a later interview), stated that "she was neither dead nor alive" - but in a state of "suspended animation". Carefully packed, "She" (dubbed "Mona Lisa" due to her dark haired appearance ) - and the other artifacts were placed on board the Lunar Lander for transport back to Earth. Upon return to Earth, all Artifacts were quickly secreted away (perhaps to Area 51 ). Rutledge would retire in 1977. Unbeknownst to NASA, Rutledge had taken personal films of his journey with a 16mm Projector. Rumors of thus evidence reached The Government in the 1980s. Harassed and threatened (with attempts made on his life), Rutledge escaped to Rwana, Africa (remaining unheard of for over 20 years). The story "sat" until the late 1990s, when a series of short films began to appear on You Tube (an Internet Source for viewing both the comic and bizarre). Almost instantly, people questioned the source material. These retorts were quickly answered by a mysterious French Researcher, who claimed to have interviewed a by now bear 80 year old Rutledge.

The Government flew into predictable action. Citing that the story was released on April 1st (April Fool Day), was all the proof they needed. That and their steadfast maintained "Historical Timeline" of Apollo 17 being the last Lunar Mission. They even tried to state that Rutledge was not even an Astronaut (despite the scant remaining proof that he was). Then in 2007, a Frenchman named Thierry Speth came forward to admit the story was a hoax. However, several facts came out of 2007. These were:

1. The French Interviewer Speth - does not exist. Whoever "he" is all trace of Him and his Research Site on The Internet have vanished.

2. Rutledge has also vanished after successfully escaping The Government for 30-odd years. Almost all of his Public information has vanished as well.

3. With the exception of pirated photos, in many cases badly re-pixelated due to damage, most of the evidence has disappeared as well.

Whereas The Apollo 20 Mission may very well very well be a hoax, on one hand, one cannot put anything past The World Governments. They will hide and keep evidence from people, for whatever nefarious reason. We may never know. But in closing, during Rutledge's interview, he did state that the Alien "Girl" had in fact been resurrected.....and is still alive on Earth! 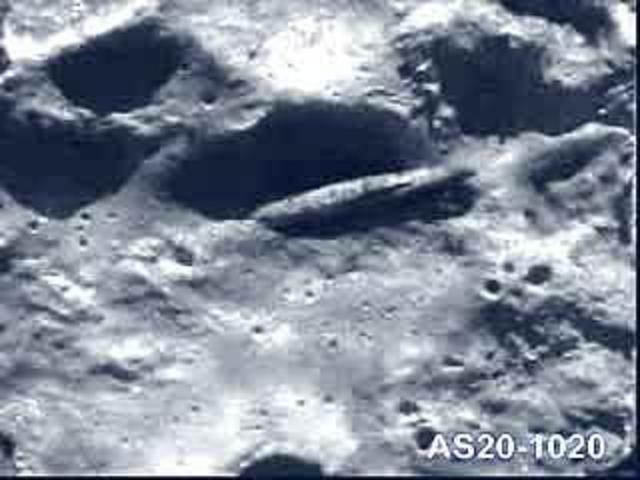