Coming from The Middle East (originally), A Ghoul was an evil spirit who consumed human flesh (living and dead, it seems). Taking the form of a wild dog, it would lure away children or adult victims from Caravans  and consume them. Finally, they would take the form of their last meal (and wait for the next poor soul). In European terminology, we see the word Ghoul first appear in 1786 in the novel Vathek which chronicles this evil spirit as primarily being a graveyard dweller that eats the flesh of the dead. Often described throughout English Victorian Culture as being small, yet powerful beings that resembled the dead themselves, The Ghoul has been transformed into many different Countries myths and legends. 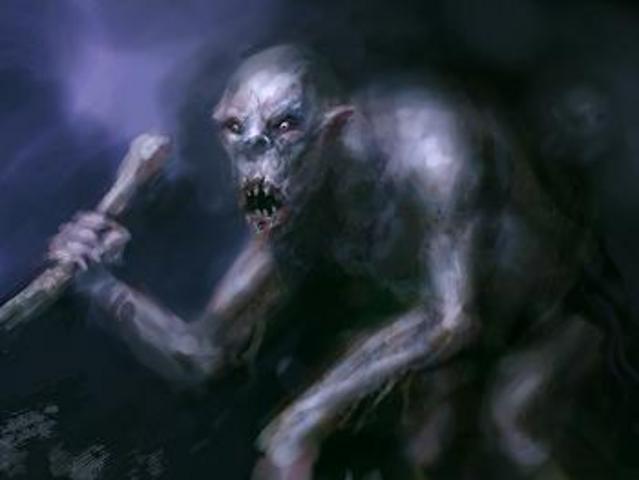