Just about every culture on Earth has some form of belief in possession by demonic or evil influences. In the Christian theology, demonic possession is considered a very real condition, which requires the immediate removal of said demon (lest the death of the person possessed). Linked with The Devil, his minions or Demons, (all different), roam the world looking for the right moment or suitable person to take over. Often, a mental and physical change is documented to occur. In addition, often supernatural occurrences are also prone to manifest in and around the possessed. The only way to remove this invasion is by a specially trained person (preferably religious ordained)  to conduct a ritual known as an Exorcism. In Christian religious, this Exorcist uses a combination of prayers and commands to force the Demon to reveal himself to the Exorcist. Often a long physically and mentally demanding fight, the Demon is vanquished from the possessed. Demons are not killed, they are simply evicted. Hollywood films and books have created many misconceptions with regards to possessions. In The Middle Ages, many (if not all) cases of demonic possession were no doubt a result of severe mental disordered (not understood and not properly explored).

Often, these disordered people were tortured and killed. As Psychology advanced as a medical science, so did the understanding of how many of the so-called demonic possessions of the past were viewed. Still, many religions still state that there are such things as Demons and their subsequent Exorcism. The Catholic Church still has trained Exorcist's in most Parishes worldwide. Although in their case, great medical (physical and psychological) testing is conducted before the ritual is even considered. Certain factors must be met before an Exorcism is even attempted. It can take many months of trial and examination before an Archdiocese will authorize the ritual. There are several unusual cases though, that defy logical explanation. One famous case is that of Anneliese Michel. From Germany, the exorcism took place in 1975. It was one of the few cases to be tried in Public Court (due to the eventual death of Anneliese as a result of the ritual). She was diagnosed with a damaged frontal lobe and suffered from seizures. In fact, many of her medical conditions could be construed as red flags. She was a devout Catholic. It was the first time an Exorcism was preformed in Germany since the 18th Century. Afflicted with multiple demonic spirits, the battle took several days.

Cleansed of her ''visitors'', Anneliese died as a result of malnutrition and a weakened physical state (heart failure). The case was naturally carried in newspapers throughout the World. No charges were pressed against the Exorcist or Church.Hollywood (as previously stated), has cashed in on the genre. The classic 1973 film The Exorcist (based on William Blatty's novel), made demonic possession mainstream. A host of other films followed (The Devil after all, makes a great Movie Monster!). Whatever your beliefs are (or not), the theory of genuine demonic possession is (and will continue to be)  the fodder for many more books and movies yet to be made. 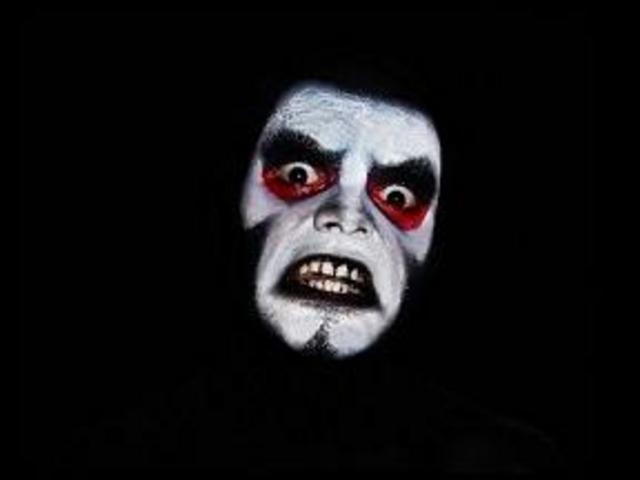