In a bizarre Case of ''just because someone DOESN'T like you is NO reason to KILL then'' – comes the Tale of one ''Anna Klemens''.  A Scandinavian woman of which very little Public records exists, is seen as the last Case of illegal ''Lynching'' (hanging be the neck until dead), in that Nation. It was the year 1800 AD, and much of Scandinavia had long since stopped it's overall belief in Witches and Witchcraft. But many smaller Villages and Towns still had their ''holdouts'' with regards to the superstitious beliefs. Anna was a ''Beggar'', she was unmarried and had no known employment or income. A constant source of irritation to many in Town, She was ''shooed'' away many times by local Magistrate and Law Enforcement. One day, Anna was visiting the home of a ''Cunning Folk''. As We have seen, These people were both Herbal Healers, Fortune Readers and in many cases – plain ''Confidence'' People who used ''Folk Magic'' Beliefs to ''help'' those ''believers'' in such. Some Countries vigorously prosecuted Cunning Folks while others either tolerated Them or ''ran Them out of Town''. Finding Anna in the Company of such persons – lead many Townspeople to believe that She was in fact – a Witch. Further, Anna was using Her ''powers'' to manipulate The Town. The local Magistrate was not so believing and did not wish to prosecute. In a state of ''Mob Mentality'', The Townspeople fell upon Anna. Condemning Her for ''Sorcery'', She was hung by the neck until dead. Her body was supposedly buried in ''unmarked and unconsecrated'' soil. The remaining ''Cunning Folk'' were – as stated, ''ran out of Town'' and Their home burned. 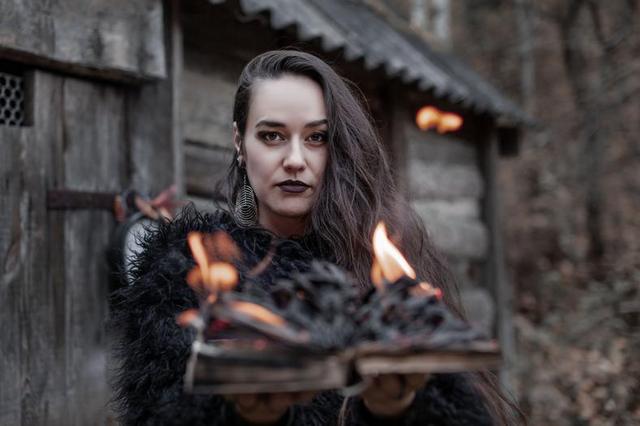