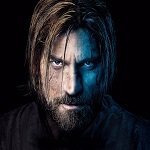 How to change your Lord in Multiplayer?