It seems that the laws of Karma are not quite finished with us yet.... and Siegfried is back to get us after the previous mission!

Immediately begin by placing your Stockpile next to your Iron, and your Granary to the right of your Keep. From there place two Iron Mines, an Apple Farm and a free Wood Camp. Now place your Barracks and Armoury, along with a Siege Camp at the edge of your estate. From here, send Arthur to capture the nearby enemy estate, and recruit a Catapult from your Siege Camp.

Sending your Catapult North, destroy all the Ice Mirrors on Siegfried's wall before any troops are stationed on there. Once Arthur has captured the estate, ensure it is sending you Apple supplies then send him to the edge of Siegfried's wall and summon your Knights behind it. From here, capture the enemy Gatehouse and dispatch the collection of Shield Maidens around it. 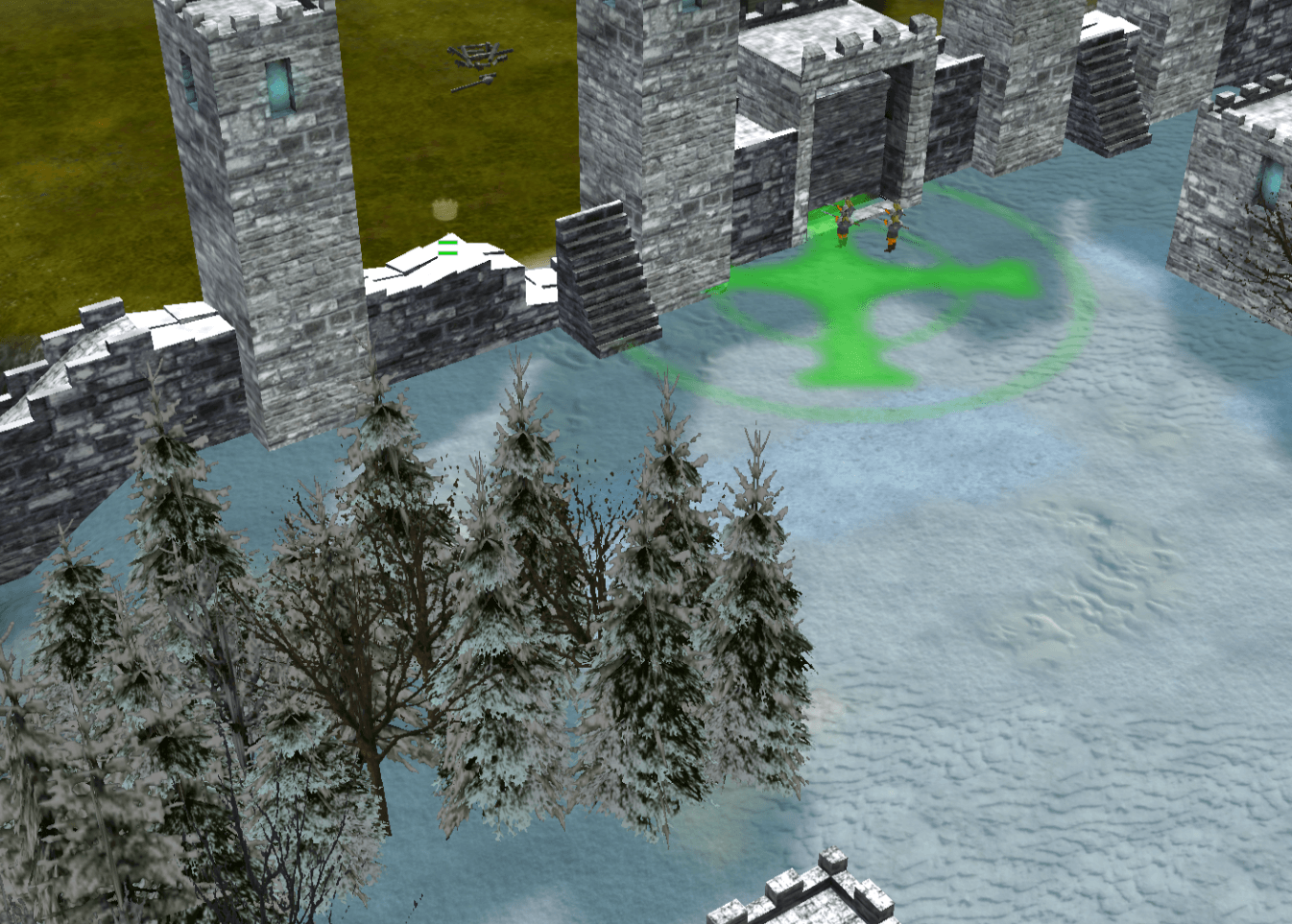 Now send Arthur into the castle and kill any Archers on top of the wall. After this has been done, station him atop the Gatehouse, and heading back to to your own estate, place an Ox Tether, sell your Stone and some Wood, and then purchase some Archers. Send these on top of the Gatehouse along with Arthur to fend off any attacks for now.

An invasion will have triggered but this is simply some Pictish Boat Warriors with a Siege Camp. You can recruit some Men-At-Arms to easily take care of these. Increase your ration level and begin taxing your population- this will help you to pay for the increase in Archers you need to defend Siegfried's wall. 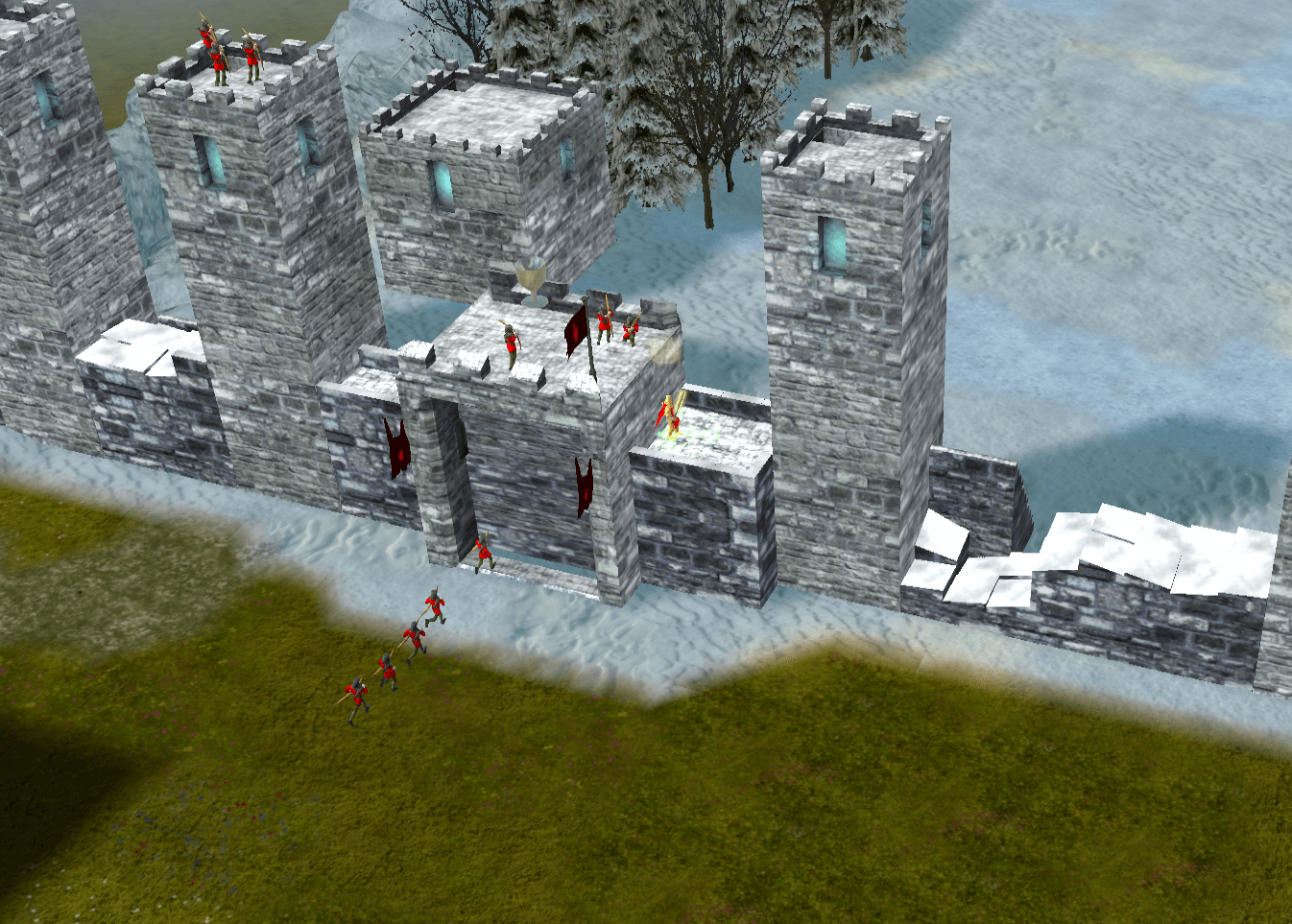 As soon as Arthur's special power becomes available again, move him off the walls, mount him, and take him into Siegfried's castle to the Ice Tower. From here, summon your Knights again and destroy the Ice Tower along with any building that could potentially be useful to Siegfried. The Ice Tower is your main concern as while this still exists there is a possibility Siegfried may try and recruit more powerful units such as Frost Giants. Once this is destroyed you are free to move troops further into the Castle from your wall.

I'd actually recommend moving your troops right up to the Keep because it severely limits and disrupts his economy. Meanwhile, now it's time to take care of the Pictish boat warrior invasions once and for all. Selling all the Iron in your Stockpile, recruit another 10 Archers and station them at the bottom of your estate with the Men-at-arms. This is the main focal point of where they invade from and establish their Siege Camp. Since Pictish boat Warriors are so slow, the chances are your troops will kill them before they even establish a Siege Camp.

Even if you don't, their Stake Hurlers and Trebuchet are easily destroyed and poses little to no threat. You can also place your troops here on Aggressive stance to further help with killing future invasions without your manual intervention. And in the meantime, keep recruiting Archers by selling unnecessary resources, and sending them over outside of Siegfried's Keep.

You can download a saved game of this mission here in the downloads section.