Now, towards the east of the castle, move the units from the tower connected to the outer wall to the Gatehouse, and on the southern wall, move the few scattered troops over to the Main Gatehouse as well. Looking to the inside of your Castle, group the 15 Spearmen in the first courtyard together, and send them behind the first Gatehouse. This should keep your defence strong for now.

The siege will soon begin, and the Catapults will start trying to destroy the closest corner of stone in your Castle- make sure you take out the Catapults first as they are the biggest threat. Laddermen will soon arrive however, and destroying the Catapults only bought you a slight delay advantage. The good news is that the Laddermen will trigger the War Hounds who will attack any and every enemy unit until they are killed. 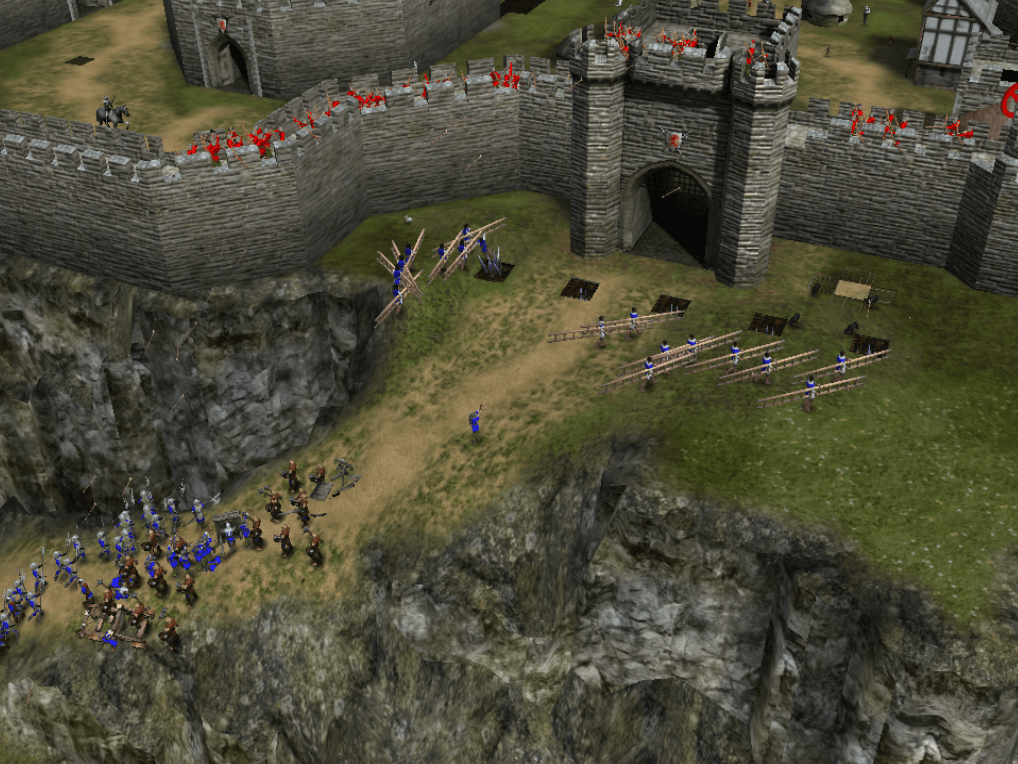 Tip: Any units who are knocked off your wall by Catapults would be better served by being placed on one of the other walls inside the Castle. This will allow them to fire at enemy units, but will prevent a long wait time while they return to the outer wall, during which time it has probably been captured anyway.

As soon as the first troops reach any ladders on your wall, rush all of your Archers back towards your Keep. It's extremely important to do this, because otherwise your Archers will be decimated in seconds by the attacking enemy force and since this is the bulk of your Army, it's important to save it. Luckily, your Warrior Monks should arrive just about the time you need them most. Keep them on top of your Gatehouse to avoid the enemy capturing it, and this will further delay the enemy attack while your Archers retreat back to your Keep.

As soon as the enemy breaks through your Gatehouse or outer wall, Laddermen will head straight for the wall around your Keep avoiding all other structures- so it's pointless deliberately sending Archers to them as a delaying tactic because most the enemy just avoids them (there are a few units who focus on other walls when the battering ram destroys their Gatehouses). Once the enemy breaches your outer wall they will head east, and leave it through the Tower. You need to make sure that you have brought all your Archers back to your Keep at that point, so that you can attack any units from that point. Also, bring any other melee units stationery around the Castle back to your Keep as well. By concentrating your firepower this will kill off enemies much quicker. 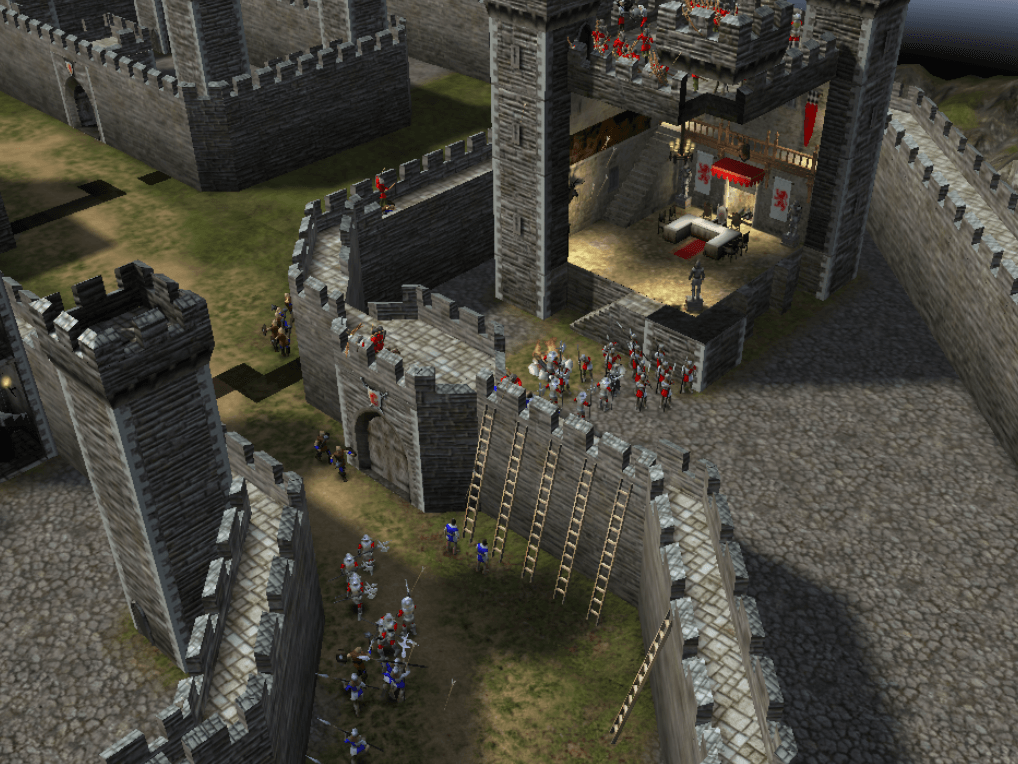 Note the enemy Ladders in the screenshot above. Because there is no Stairwell on this wall, there is no way down for any enemy units that actually do make it up onto the wall to get anywhere other than onto the wall itself. This means that the enemy must use your Gatehouse to get through into your Keep. Station melee troops behind this Gatehouse to delay and cut down any attacking troops that reach through the Gatehouse.

The sheer volume of troops in your Keep should be able to keep just about all of the remaining army at bay- it comes in droves, not at the same time. Combine this with sending a few melee troops such as Pikemen out of your Gatehouse to delay the enemy army, and this will work very well. In the event that the enemy does manage to capture your Gatehouse, don't panic. Just send your melee troops out to fight them off, or retake it again with any other Archers you have on the same wall. This will delay the attack again as enemy troops will need time to climb the ladders and retake your Gatehouse again.

Congratulations on completing the mission! Oh, what!? Looks like Wartburg Castle has been re-taken, you're not finished yet!