This mission you are tasked with sieging Fougéres. A quick look at the map will show there is no way around the large section of moat which is placed in front of the castle. This is due to the fact that the Castle itself is situated upon a hill. You also have very little siege equipment in order to complete this mission, although you do have a Cat to protect your troops from missle fire. This is great assistance when attacking the Castle becaus eit drastically lengthens the durability of your Catapults. This mission may seem tough at first, but it's actually pretty easy.

Start by moving your Catapults forward, protected by your Cat, until you can start firing at the Round Tower with Hoarding which is left of the first large gatehouse. Make sure you can fire at the tower, but the Archers can't fire back. Start attacking it, and make sure it has been completely destroyed before moving further. You may wish to speed the game up using one of the available keyboard shortcuts while you are destroying the Tower.

You now have a route into the Castle, however the Archers and Crossbowmen on the Gatehouse will still manage to interfere. Moving diagonally to the south east, keep your Catapults and Cat a fair distance from the Gatehouse, but use the same tactic again- start to attack it, and wait until it has been completey destroyed. Once it's been destroyed, move your Catapult slightly closer, and get it to attack the ground nearby the units from the Gatehouse. This will wipe out the enemy units and leave a clear path for you to attack through. You can also use the same tactic to disperse of the Pikemen and any remaining ranged units as well.

Move over until you can target the other Tower with Hoarding now, and, using the same tactic, destroy that tower as well. If you haven't already, take our the Pikemen, and then move close enough that your Catapults can attack the second gatehouse- but make sure that you aren't getting attacked yourself. Using exactly the same tactic, destroy the surrounding wall and gatehouse. Meanwhile, assemble your army behind your Catapults. You probably won't need any Laddermen anymore, but bring them along just in case they're needed at all. They can also be used as a distraction to enemy Archers if you would like to protect your other troops. 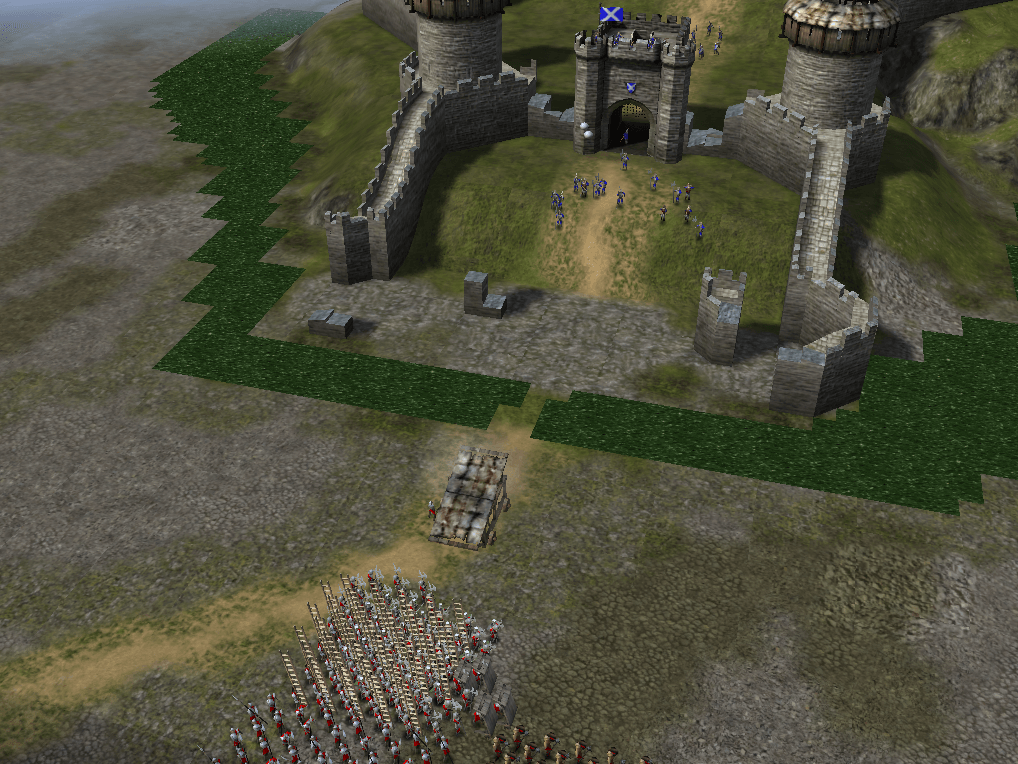 At this point, you really don't need your Catapults anymore, because the path to the Keep is clear and simple. However you may wish to advance them slightly further- even if they are in range of enemy Archers- so that you can take out a few more troops with them before advancing further into the Castle. Once you're ready to advance, send all of your Pikemen and all of your Swordsmen in together to kill off any troops left out in the open. For more effect you may wish to change these troops to aggressive stance. At the same time as you're doing this, send in your Macemen to attack the Archers in the towers. There are only a few, but your Macemen can easily take care of them. Once you have a clear path through to the second area, past where the original second gatehouse was, send your Spearmen through to attack those troops as well.

Once this has been done, simply storm the Keep with the vast amount of forces you now have available, watching out for the man traps. It just gets too easy! 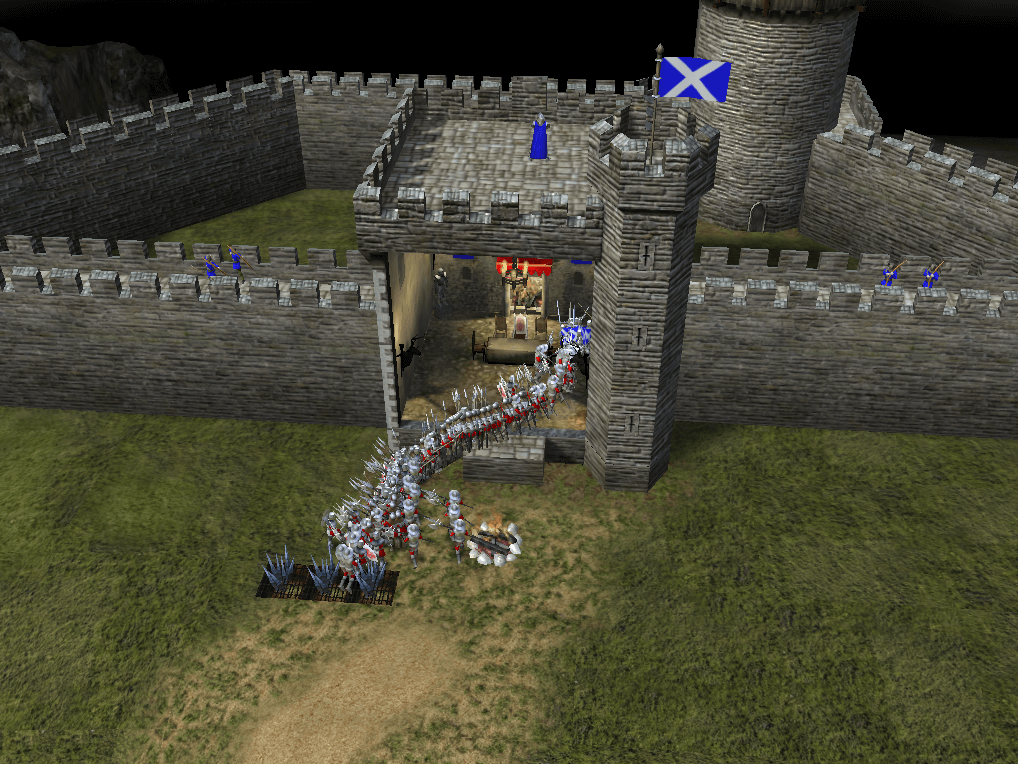 You can click here for a saved game of this mission from the downloads section.