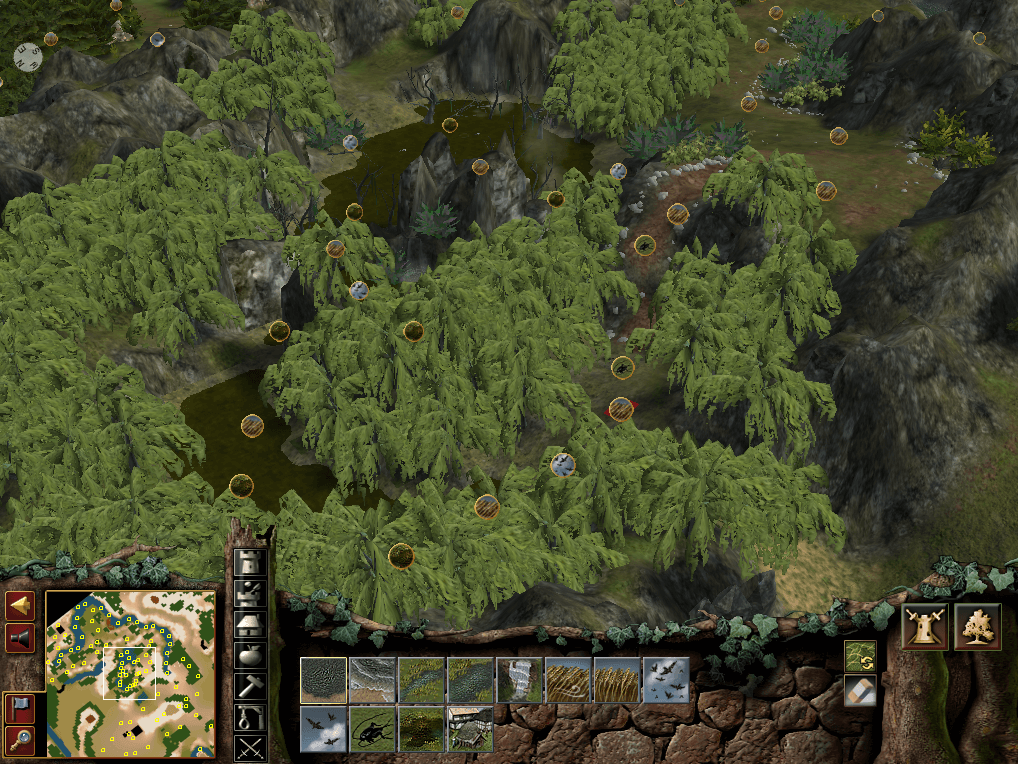 As you can see, when you place sound effects on the map, they are represented by the circular image-like shape. Each image is different depending on what sound effect you are trying to place. You can also see on the screenshot above that the sound effects are also displayed as a yellow square on the minimap. Note that the yellow squares will only show on the minimap for as long as you are using the sounds menu. The same is true for the visible sound effects placed in the editor. The sounds will still continue to be valid and will remain as they are unless erased, however you will only see them whilst specifically editing sounds. Simply select the sound pallete from the menu to edit sounds again.

Due to some pretty incredible effects within the game engine, the location of sound effects on the map will depend on which of your speakers the effects come out of. Sounds on the left-hand side of the screen will play more out of the left speaker, while those on the right will play more out of the right. More advanced sound card and speaker systems will also play sounds from the top of the screen and the bottom of the screen in a similar way, being heard in front of and behind you. In addition to this, the further out the game camera is, the quieter the sounds become. This means that sound effects can be a vital tool for drawing a player into your map.

Sound effects can also be placed wherever you would like them to be placed. So just because a sound effect is for water, that does not necessarily mean you only have to place it in water. You may choose to place it in a forest, on a hill or in a whole variety of places. The same is true for all other sound effects as well. This is simply down to your own imagination as to where you feel the sound effects are best placed in your map. Sound effects placed contain coordinates for both the x axis and y axis, but also the z axis as well. This means that they will be placed on top of any land features in your map.

While it's easy to see the height placement of sound effects, it isn't particularly easy to see where they are placed horizontally and vertically in relation to the x axis and y axis. To solve this problem, you can press the spacebar to enter Architect's mode. This will easily show you the location of the sound effects, however the downside is that it will not display any height. By doing this, it allows you to better see where the sound effects are located on your map. 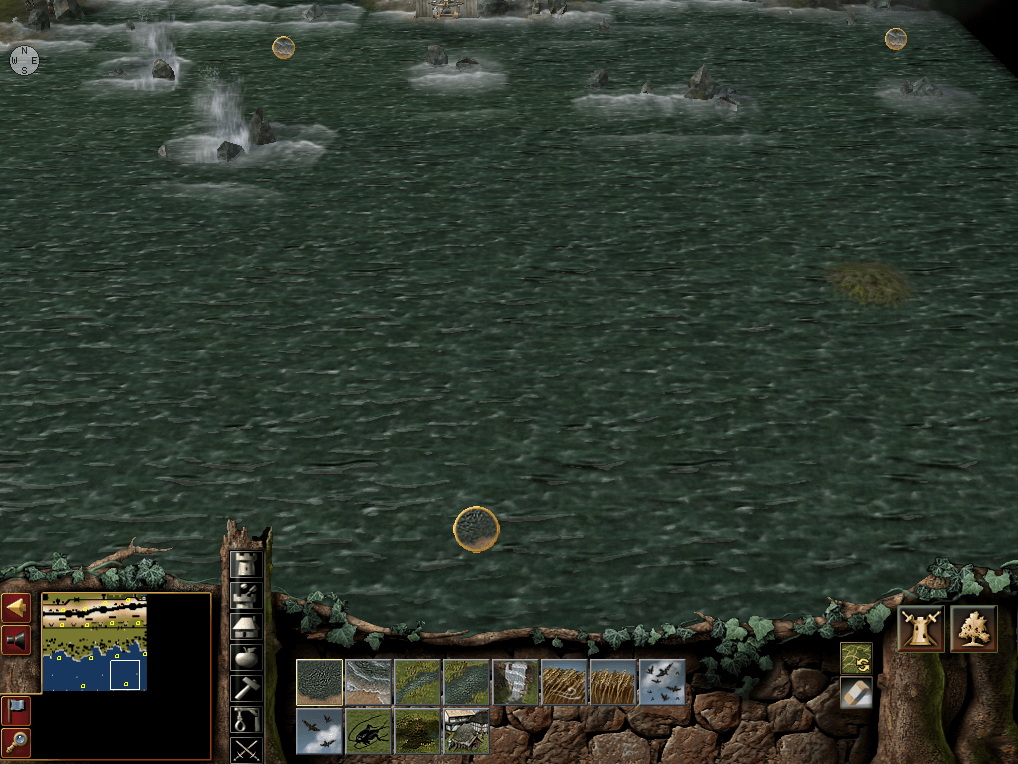 A reminder in this picture that even the most secluded parts of your map can still benefit from sound effects. 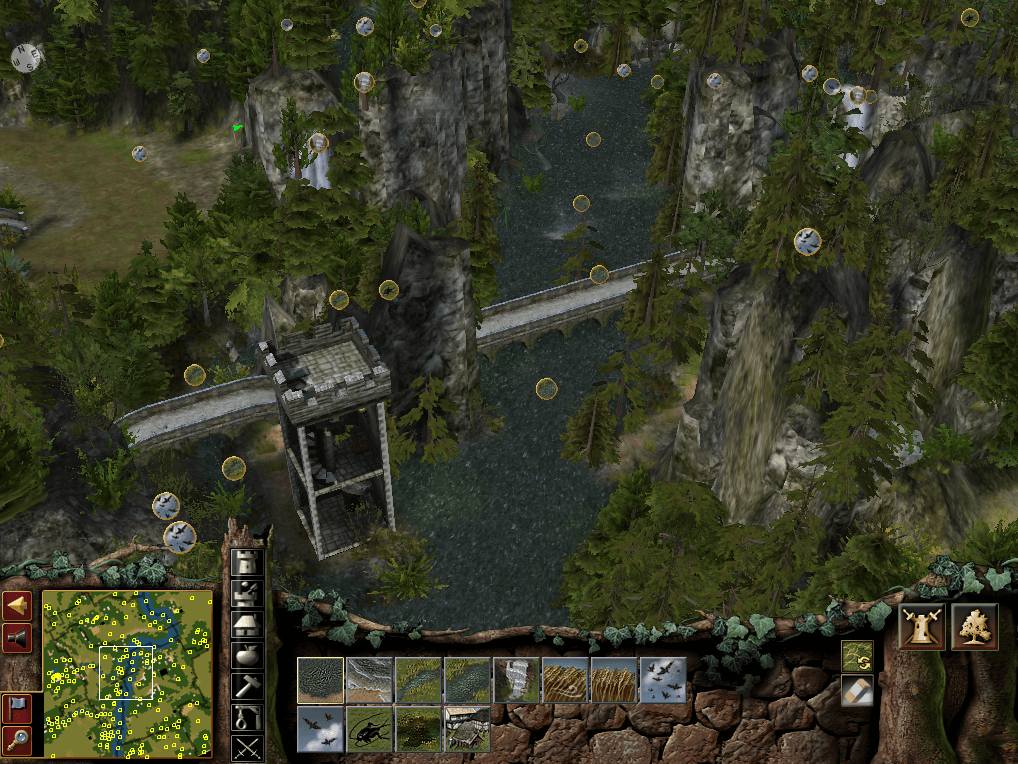 In this picture you can see the way that sounds can be blended with each other to create the perfect effect for the landscape. Note the occasional insect sound to compliment the bird sounds and water sounds. 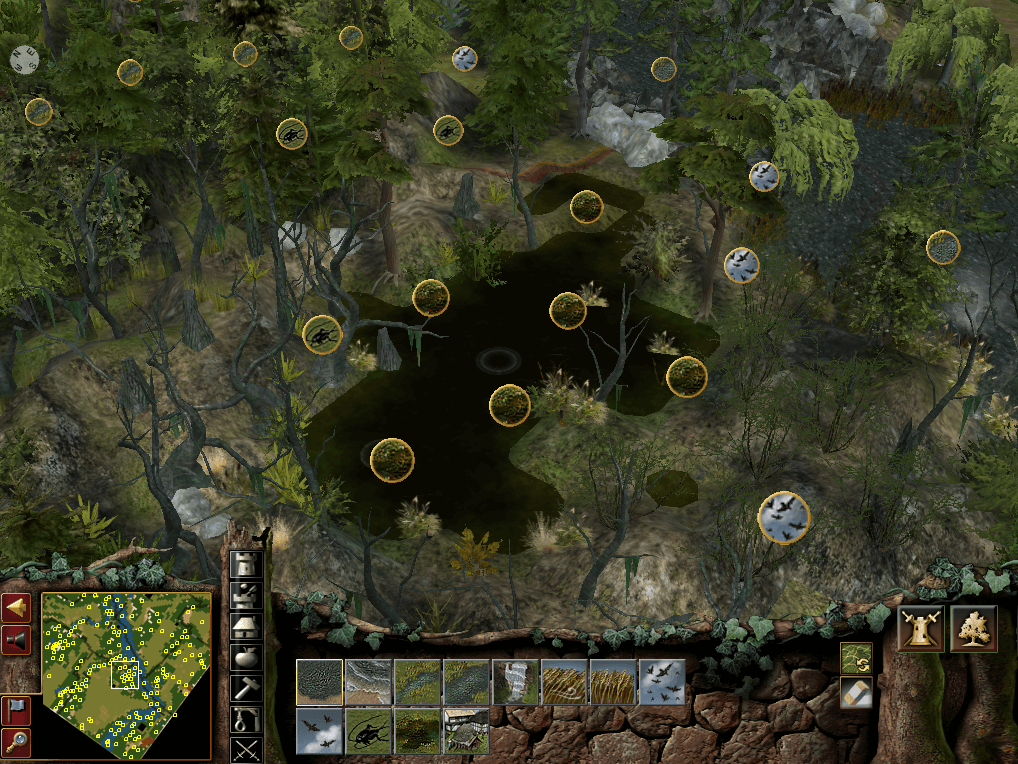 Note the very compact sounds in this picture. There is no right or wrong way of placing sounds and you can place sounds closer together for more sound. For the best result, try blending a few sound types together.

Beaches are generally very tranquil places (other than in stormy weather) so to compliment some waves on the sand, some waves sound effects have been placed. Further out to sea there are some ocean sounds. 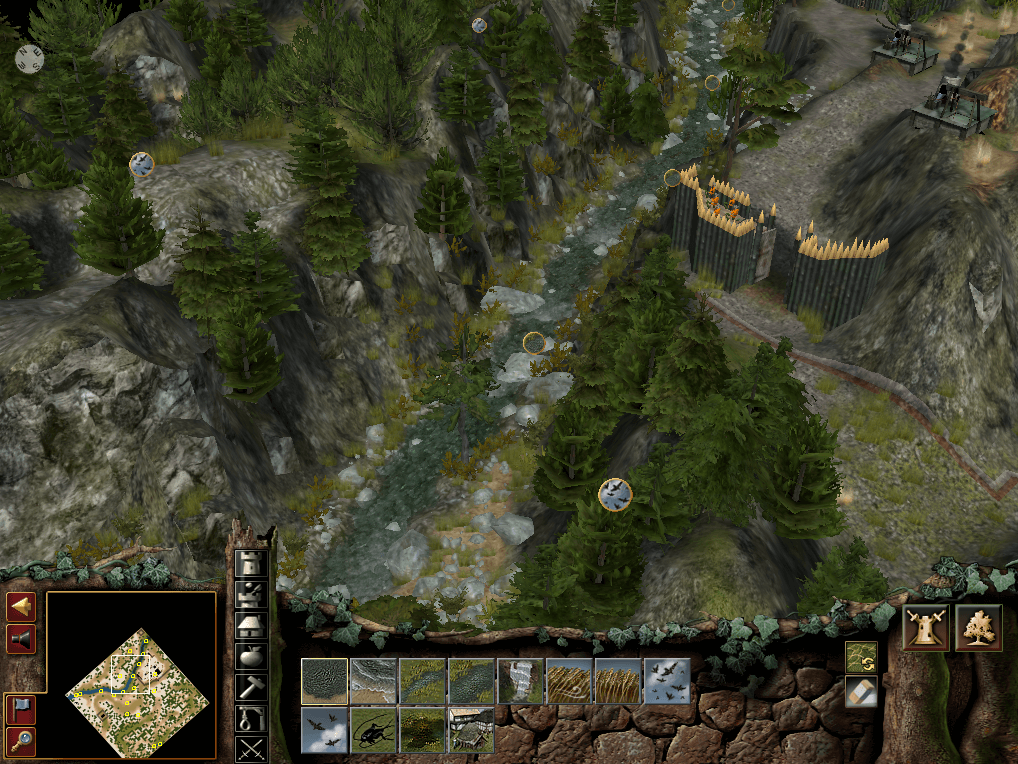 This map uses minimal sounds keeping things only to water and birds for the canyons. This would obviously act as a wind tunnel due to the canyon, so would be ideal for adapting and adding some strong winds. 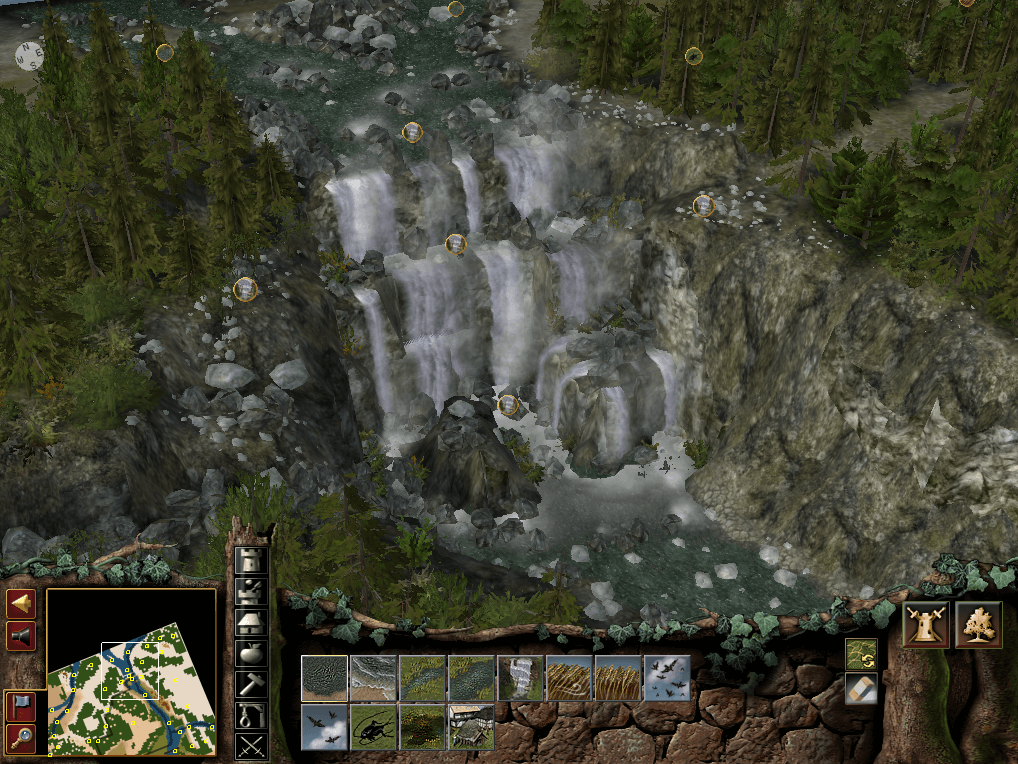 Here you can see how carefully spaced out sounds can make a big difference in not going overboard. This large Waterfall has several sounds spaced apart that help to keep the sound over a larger distance while ensuring the sounds don't overcrowd one another. The occasional blended sound also helps with the nearby forest and river.

Finally, another good place for sounds is even in Kingmaker maps! Since most sounds are generated automatically by buildings constructed within the game, it is easy to overlook sound effects in Kingmaker maps, but it is a very valued effect nonetheless. If you roughly know where buildings will be placed in the game, it's a good idea to place the occasional sound effect in preparation for them. This will greatly improve the overall ambiance of built up areas.

Animals also have sound effects within the game as well. Wolves will howl for example, so make sure you place your sound effects around any animals on your map. We hope that this tutorial will help you in creating some great quality sound effects on your maps. Spending time making them look great is one thing, but making them sound great takes them to another level entirely.