Castle Quote
You are powerful, you are rich, but are you happy?
Diplomat
Stronghold Warlords
Site Search
Game Navigation
Newest Gallery Images

As soon as this mission begins, Edwin's forces will attack Sir Grey. You will have to be ready quickly for this one, because once setup they start attacking Sir Grey and will quickly overpower his weakened forces. Edwin's forces move out from his castle and setup a Siege Camp by the Trees at the end of Sir William's estate.

If you haven't followed the advice last mission to move your troops into Sir Grey's castle, that's ok. There are multiple ways of doing this. Send your entire force out of your castle and in between Edwin's Siege Camp and Sir Grey's castle. Lay in wait and target the siege equipment as and when it starts being produced. 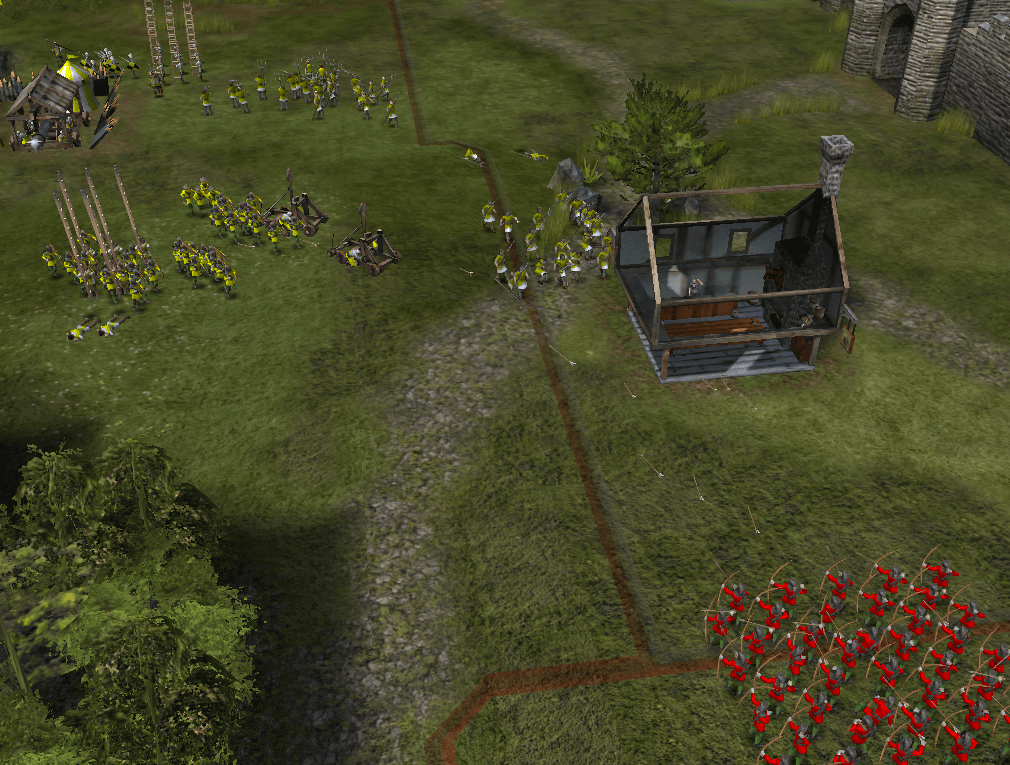 Next, send in your melee units to attack anything which gets too near your Archers. Slowly move forward, and continue attacking everything in your path to the Siege Camp.

In the unlikely event that all your melee troops die, pull your Archers back and keep shooting at his Swordsmen. Because they are slow moving troops you can take advantage of this, so keep pulling back your Archers and firing at the Swordsmen until his Swordsmen get near your Archers, and then repeat the same strategy again until you can beat them. Eventually, Edwin's forces will retreat back over his bridge so you may not even have to do this.

As a final word of advice, it doesn't really matter if Sir Grey's Castle gets damaged during this Siege. It's only if Edwin's troops get inside and start to overwhelm his troops that you need to worry. However, this is extremely unlikely to happen if you act quickly enough. Once finished this mission, remember to save it before proceeding, or alternatively you can download a saved game here from the downloads section.