Sir William is one of the more challenging opponents. That said however, he's not that much more difficult than all the other lords. His castle designs are fairly standard, although his Granary is always outside of his castle. If you want to launch a quick attack to damage his economy, this is the building to attack. Sir William sends groups of Archers over to your estate regularly to attack you. These are very easy to kill providing you have a strong defence. I recommend placing a stone wall along with towers to target the attacking Archers from the furthest possible distance while they cannot attack you. Other than this, Sir William does not tend to send over any other attacks other than sieges.

When sieging, Sir William sends over several groups of Archers, a single group of Spearmen and several groups of Swordsmen. I strongly recommend maintaining a strong defence of Crossbowmen stationed in towers to defeat these sieges. William builds several catapults, which you should be able to destroy easily without taking much damage if any. He also builds Cats to defend his troops, though with a good strong defence containing Crossbowmen these shouldn't be a problem to take out. It doesn't take long for him to assemble his siege force so they arrive fairly regularly in comparison to lords such as Lady Seren. 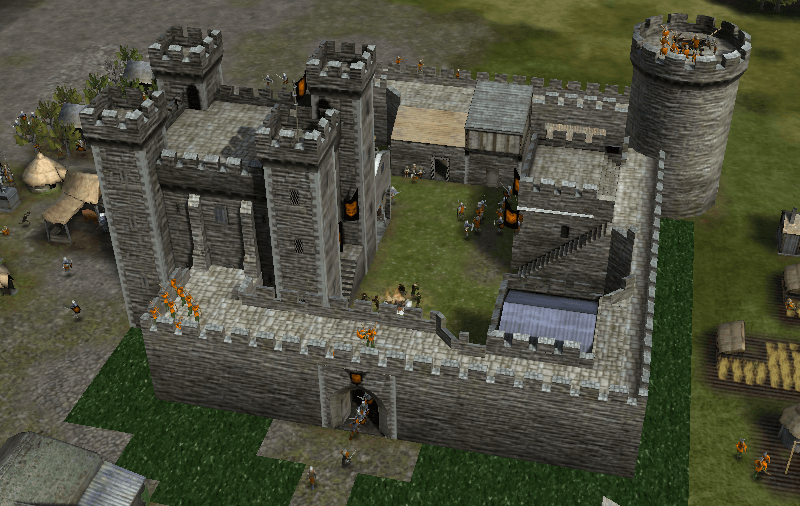 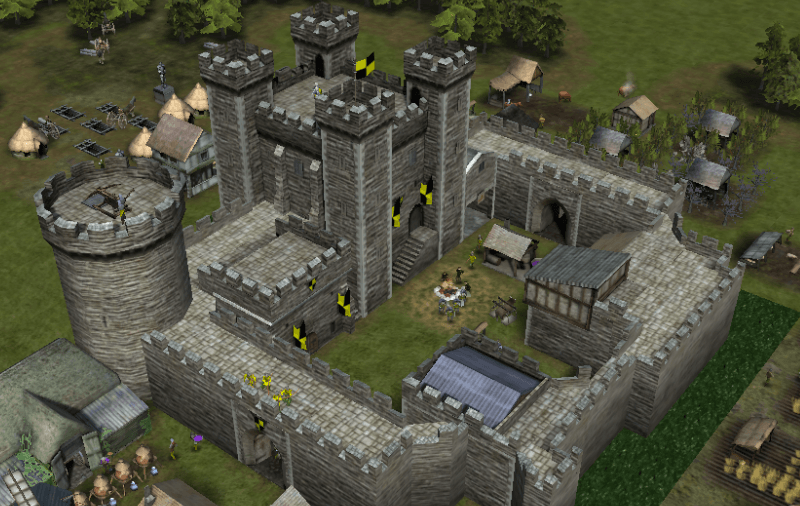 Looking to William's castles, the first is not too poorly constructed, although it does contain one fatal weakness - one of the towers is the complete opposite way to the way it should be facing which means that your own troops can walk straight into his castle. I can only assume this is a bug, and a fixed version of his castle has been released to our downloads section and is available here. This also fixes other bugs in the design, such as William hardly ever placing an Engineer's Guild. If you don't want to attack William's castle through the tower facing the wrong way, I recommend you use a mixture of Trebuchets and Catapults protected by Cats and attack his Lord's Kitchen. Once destroyed, simply move in with your armoured troops.

His second castle is a more scaled up version of the first, with four towers, thicker walls and more longer moat. It is technically supposed to have four towers, but at least on my game he never seems to place them all for some reason. This castle is better defended and takes slightly more time to break through. I recommend using Trebuchets protected by Cats to destroy towers. Once you've done this, send forward several Catapults to either or both Gatehouses and smash your way through. Once you've managed to do this, simply work your way up to the Keep with your armoured units.