The Road to Hell Mission 5

From the second this mission begins, what little fighting force you have scattered around your walls is under fire from three separate sides. You cannot wait this out and must move your Archers immediately to save them from being decimated. As soon as the game begins send them all up to your Keep and you should sustain very little if any casualties. From there, you can attack all enemy Archers without being attacked yourself, and kill them off quickly. You'll also receive an Ice Queen a few moments after doing so, who will appear outside your Gatehouse. Use her to Freeze any remaining enemy Archers at this point while your own Archers kill them off - you're now stabilised. But not out of the woods yet. And it's a stark reminder of what is to come in this mission, if you don't act very quickly.

You don't need to favour Conservative economics to heavily dislike the idea of a difficult three-way skirmish with yourself being the target, and the easiest thing to do would be to kill Alfred the Great first as he is weakest. However, this is not strategically a good idea as Vlad is much stronger. If he gets a chance to dig in, it is very difficult to survive his persistent attacks alone. Therefore, I strongly recommend attacking Vlad first. Place an Ice Tower and purchase two Frost Giants. Send them to attack Vlad's Gatehouse and immediately break through. Destroy his Sorceror's Tower, Armoury then Barracks in that order. Once done, attack his two Engine Towers on the front and Fire Drake on the wall, killing any troops you can find. Then destroy his Siege Camp, looking back to any buildings re-placed. 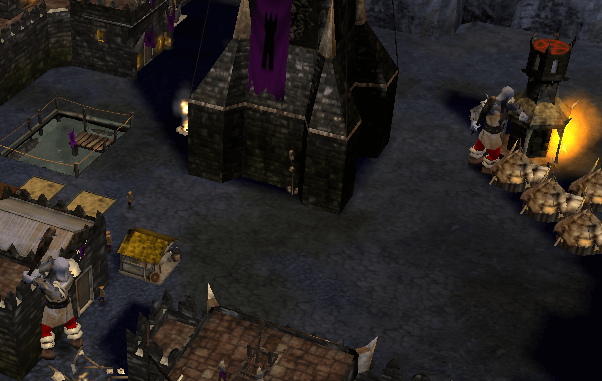 While this is happening, send all your Archers, Ice Queen and Dietrich to the now destroyed Gatehouse along with around 20 Pikemen. You can recruit these by purchasing weapons as a result of selling all the Hops, Pitch and Iron from your Stockpile. While you are also attacking, place a single stone wall with no Gatehouse on each exit of your estate for the remaining two opponents and man them with around 20-30 archers each, buying bows as necessary from selling goods in your Stockpile. 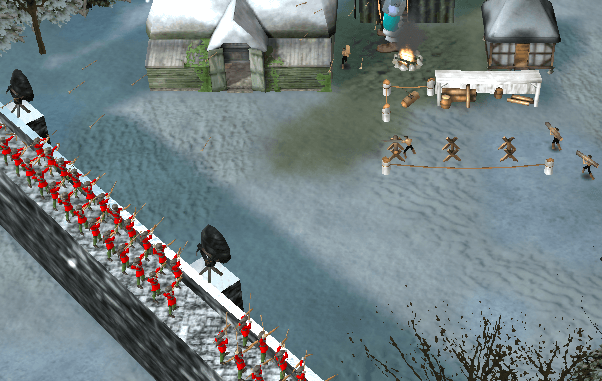 Once you've got your troops near Vlad, use your Ice Queen's power to Freeze Vlad himself. This helps in two ways, firstly it significantly reduces his health, and secondly it freezes him meaning he is unable to use his special power to summon Werewolves. This gives your troops a chance to dig in and do damage first. For extra support, use Dietrich's special power of summoning Shield Maidens to do more damage and you should quickly overwhelm him. One down, two to go!

On the way back to your Keep, capture the rural estate. The question now is who to target next. While Dietrich is a pain, he isn't really a problem like Vlad is, and his Castle is more difficult to break through quickly. It's for this reason I recommend taking out Alfred The Great next. Place more Wood Camps until you have enough wood to place four Iron mines, three ox tether for them, several food buildings (make sure they're varied) and a Pantry along with some buildings to generate food for the Pantry. Set the Pantry ration level to Double and the Granary ration level to extra. Now set your tax level as high as possible.

Once you have purchased 5 frost Giants, 5 Polar Bears and doubled the number of Pikemen you have, you are ready to attack. Make sure you have around 40 Archers per wall now as well. Dietrich will eventually send a siege force, but this is not a problem at all providing you have around 40 Archers on that wall, and two Ice Mirrors. Sell any goods from your Stockpile in order to do all of this. Dietrich only sends the same repeating Siege force every time he attacks, and it's exceptionally easy to defeat: 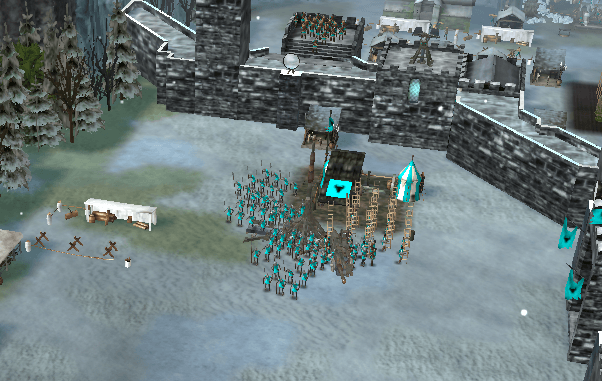 Once ready to invade Alfred's castle, create an opening in your wall, then immediately fill it again. Wait a few moments for a large group of Men-at-Arms to run to your wall and are killed by your Archers, then re-open your wall again and send your invasion force through. Close it behind you.

Send two Frost Giants to attack each Engine Tower, along with two Polar Bears. Keep one of each in reserve. Once you've destroyed each Engine Tower, send them through and destroy his Barracks and Armoury. Then send your reserves in and do as much damage as possible - including his Granary. 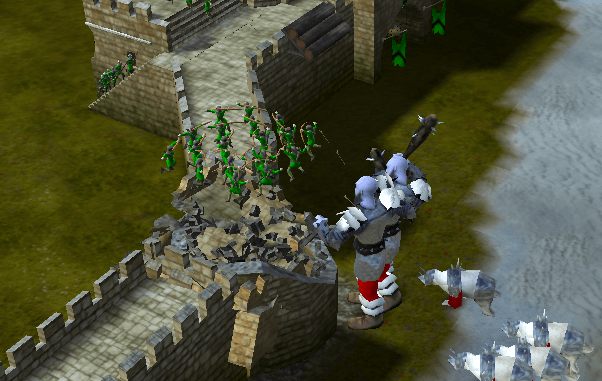 Finally, send in your Pikemen, Dietrich, your Ice Queen and the Archers from that wall. Use your Ice Queen's power to Freeze Alfred, then send your troops on the keep. Use Dietrich's power to summon Shield Maidens along with your Pikemen and attack him from there. Keep your Archers close by the entrance of the keep as on this keep type you are able to shoot on the top of the Keep from the ground. You should be able to overpower Alfred with no problems - it's just too easy! 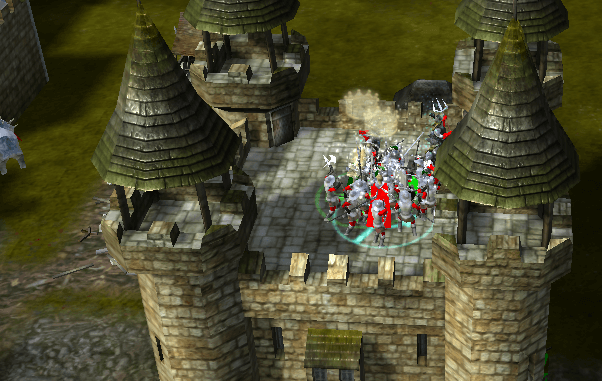 Capture the estate on your way back to your castle and send all Archers up on your final wall facing Dietrich. While you build up an invasion force, I'd recommend making your defense stronger for your now only existing wall which remains. Add a Gatehouse and two Lookout towers and all your Archers and Ice Queen.

Once you have 15 Frost Giants, you're ready to attack. Send all your troops out and attack the lookout tower on the right of Dietrich's Castle. Once you've broke through, destroy the Engine Tower nearby, then his Granary. Then slowly work your way around his castle with the majority of your Frost Giants leaving a small amount of them to destroy production buildings. 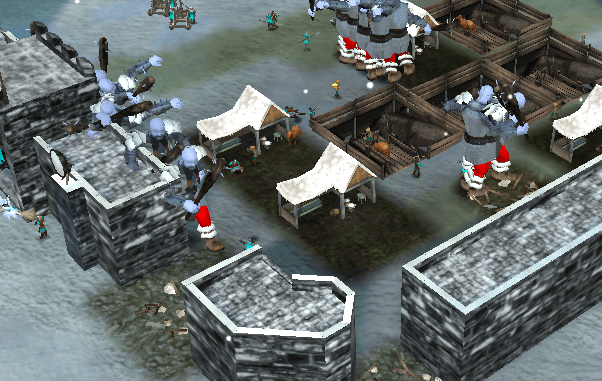 Once you've destroyed his economy, send in your Ice Queen and Pikemen. Use the same tactic of Freezing Dietrich with the Ice Queen's special power, send in your own lord and use your special power to summon Shield Maidens. I also used an Ice Dragon to really overwhelm him. If you do use this strategy, just make sure you destroy all Engine Towers first, as they contain Dragon Harpoons. Finally overpower Dietrich with your own Pikemen and Shield Maidens, and victory is yours!

A saved game of this mission has been uploaded to the downloads section and is available here.