The Road to Hell Mission 3

No more allies - for now. This mission you're all on your own against one other evil opponent. Start off by placing your Stockpile near the iron and trees, then place your Granary near your keep. Place an iron mine, dairy farm and apple farm. Then place your free wood camp. After this, buy enough wood to place an additional wood camp, hovel and an ox tether for your iron mine.

Next place a Barracks and Armoury. The design of the map is deliberately designed to be tricky and stop you from placing troops too close to the center, but build your barracks on a wall in the center anyway, and your Armoury near your Stockpile. If you can't afford the stone, buy some and complete the wall anyway. Don't forget a gatehouse, and don't station and troops there yet. It's more of a "deterrent" at the moment as your troops will get slaughtered from the Archers on the lookout towers. But it will very soon come into great use. Recruite some crossbowmen, keep them stationed behind your gatehouse (that way they can shoot through) and finally by now, you should be getting some wood in - so make good use of it and build one or two stone quarries complete with ox tether and another hovel.

Build another wood camp, another hovel, more food buildings and up the rations of your castle. Then build a Pantry and start to generate some honour by placing some Pig Farms, Vineyards and Eel Ponds. Set the consumption level in the Pantry to double as well, and start to tax your Peasants t whatever the highest level of taxation is you can afford without losing popularity. By this point, you should hopefully have enough stone to place a lookout tower, so place one of those (make sure you place it strategically, so you can target archers in a corresponding tower), and sell all your iron. Instead, buy around 20-30 archers, and swarm them in your new lookout tower to kill off enemy archers in the corresponding tower. I would recommend placing this tower to the left of your gatehosue, targeting the archers in the tower next to your Stone quarries. 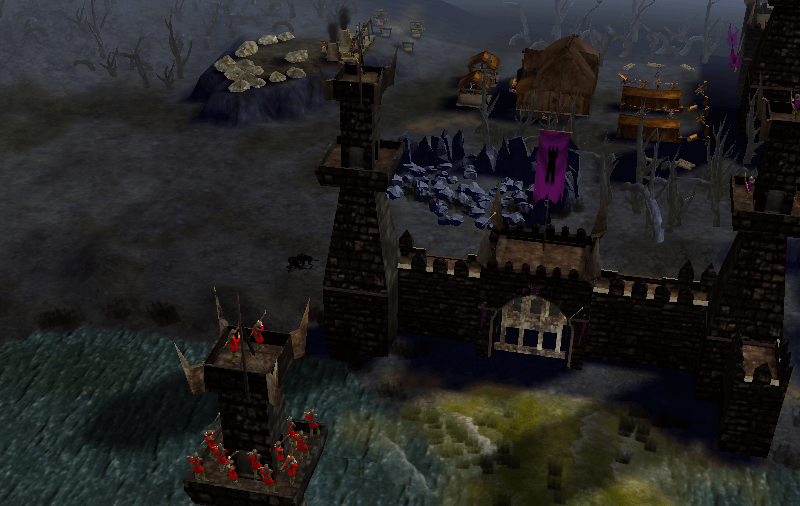 Be careful you don't get dragged into a fight you cannot win, and to prevent losing your Archers from attacks by Giant demonic bats, remove them from the tower immediately when you have killed the arhcers in the corresponding tower. Your next aim should be to build another tower opposite the tower which still has archers remaining on. Repeat this process until you have killed all archers. You will then need to place several engine towers containing Dragon harpoons in order to keep the bats at bay.

You'll likely find that your archers have completely disappeared by the time the first invasion occurs. If this is indeed the case, make sure you have a sorceror's tower built, sell everything in your stockpile, and recruit as many werewolves as possible. Let Mordred's troops get over your walls and then attack them. Make sure that you can replenish your troops effectively enough. As long as you can keep troops coming out of your Sorceror's tower for a while, you will defeat them. And now it's time to rebuild what damage has been done.

Firstly, rebuild and stone production buildings that have been lost, and then place a small tower so that you can target future trebuchets with archers. Then rebuild any food buildings and focus on your wall again. Once you've managed to stabilise yourself again, purchase several catapults, and send them to destroy a tower or gatehouse - then send some werewolves into Mordred's castle to destroy some buildings. Make sure to keep some behind unless you want to gamble everything. However, if you do decide to gamble everything, do be aware that there are numerous man traps inside the castle to consider. 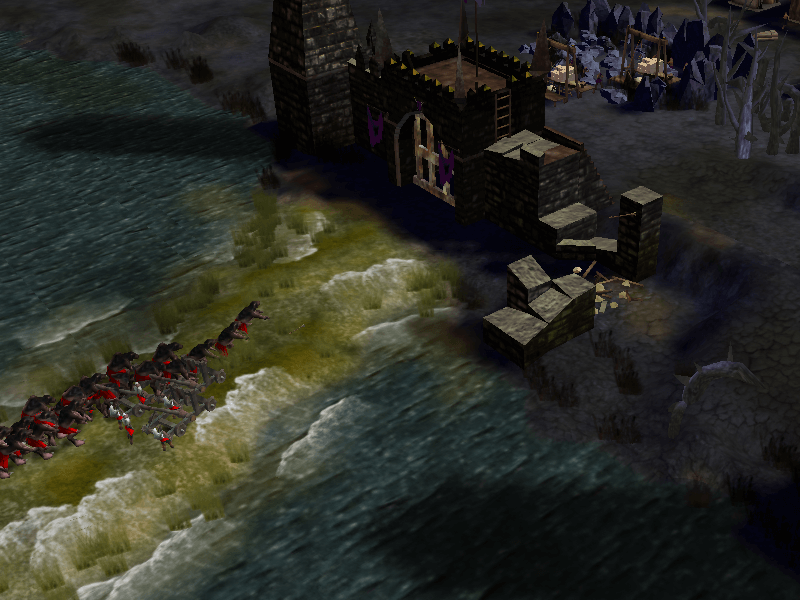 Once inside, destroy all of the buildings you can see. You'll unfortuantely have to wait until you destroy the second wall before going in further, but this is a step in the right direction. But if you don't have enough troops yet to make that almighty push into the second wall, camp outside for a while and cripple the wood production, bow production as well as iron and stone production of Mordred. Just make sure you can replace the few werewolves you will lose in this process, and grow stronger. 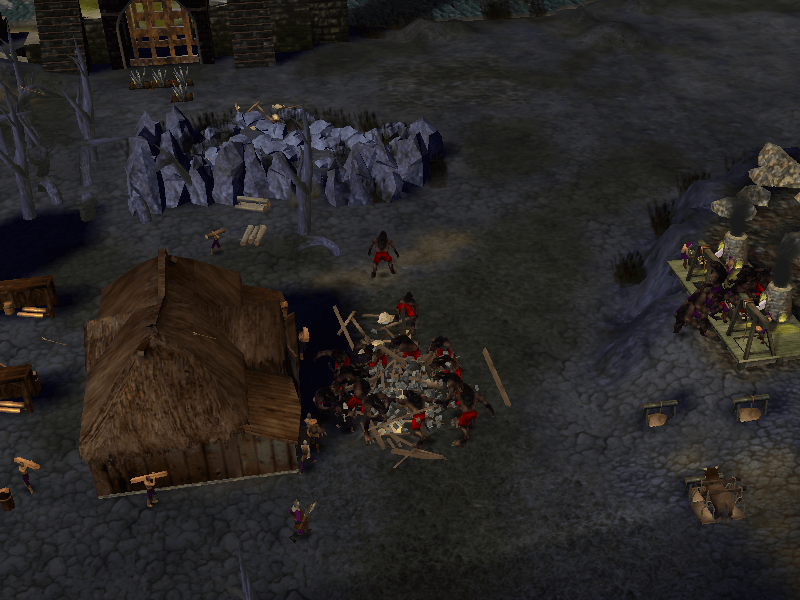 If you don't quite feel confident enough yet to do this, build up your werewolves until you can afford to send some in. You can also purchase a dragon which will help to kill some of the stationary units on towers.

Once you are ready to make your final push, send in some battering rams, protected by cats. Destroy the gatehouse nearest to your estate and then make sure you have catapults on standby - again, protected by cats. Destroy those pesky towers which have crossbowmen stationed on them, then you can either destroy the final gatehouse or send werewolves up to kill the men-at-arms stationed on there. Finally, send all your werewolves on top of the keep (I had around 65) and then kill Mordred. Done!

A saved game has been uploaded to the downloads section for this mission, and is available here.