The Road to Hell Mission 1

Here we are at last - The Road to Hell. On starting the map should look slightly familiar; a more simple version of the Skirmish map Dragon Island. We have a strong starting position and I'd start by placing your Stockpile between the Iron and Trees. Place your Granary between the other set of trees on the map. As soon as this is complete, send Dietrich to destroy the Werewolf camp just north of your keep, and send in your Archers for support. At least 1 werewolf will be generated in this short period of time, so be warned.

Next place a Stone Quarry, Apple Farm and Seal Hole. And then place the free Wood Camp which is now available. After this place your Armoury, just next to your Stockpile, Barracks, near one of the Bridges, and Ice Tower near your keep. Send your Archers straight up onto the Barracks. Use the rest of your Stone with a defense surrounding the two bridges - but make sure that you leave enough space for a Gatehouse on at least one of them in the future. Now place a Castle Kitchen (Pantry) and concentrate on getting as much Wood as possible. Build another three Wood Camps, and two hovels. Finally, place three more Seal Holes, four move Hovels, and as many Stone Quarries and Iron Mines as possible - not forgetting to place as many Ox Tether as needed.

But by now there should be an attack of Werewolves approaching from the camp outside your estate. Recruit as many Archers as possible and put them atop your Barracks, along with Spearmen and any other units that are available. Use Dietrich's special power to summon some Shield Maidens if needed. These attacks will consistently keep coming, so make sure that you have a good supply of troops which can defend your walls. A good deterrent after the first attack is to recruit some White Witches, and send them over to the Werewolf camp. The Werewolf camp generates a number of werewolves before launching an attack, so by killing off Werewolves, it reduces the number and therefore, never sends an attack.

Another note that you will also be attacked from Outlaws, but by this time you should have enough Stone to complete your defences around both bridges. Once you have done this, send some White Witches next to the Werewolf camp, and after a few minutes send Dietrich over to use his special power to summon some Shield Maidens. Then use them to destroy it.

Now follow the exact same process again for the Outlaw camp - send your White Witches over it, once they have killed enough units there, send in Dietrich who can single handidly take out the Outlaw Camp unchallenged.

Your next focus should be on building up your estate. You can build Weapons, but there is no general need as you can get the most value from your Ice Tower. Place as many Castle Kitchen buildings as possible and change your ration level to double in the Pantry to generate as much honour as possible. By now your castle should look something like this: 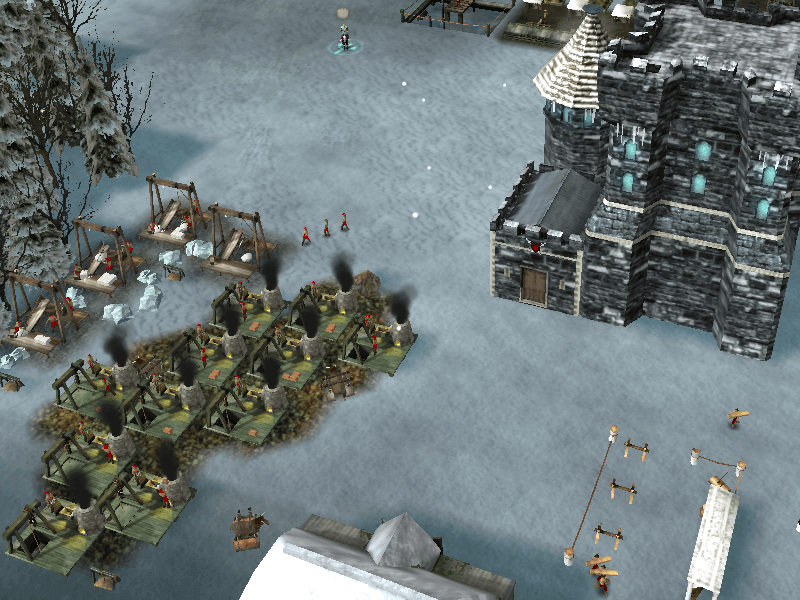 Now that you have some peace, focus on building up your Army - and if you want, capture some estates using Dietrich (this will also generate you more honour enabling you to get more special units quicker), with the help of your White Witches. There will be occasional small groups of soldiers who attack from the AI, but by leaving several White Witches on guard these are easily crushed. Once you've captured a few estates, you should get a real attack from Dietrich, but by now you should have enough Iron to sell, buy bows and recruit Archers in time for it. Remember to protect both bridges into your estate!

Recruit two Frost Giants and send them out to deal with the Siege Camp. Then with the Dragon on your doorstep, there won't be a problem killing off the rest very easily! From this point on, recruit as many White Witches as possible and send them to guard the estate next to your own.

Once you have roughly 60, split them into two groups of 30 and send them in opposite directions on the map to guard different estates. Slowly capture more estates and move them up further and further around closer to the AI's castle until you are right on their doorstep - which should not take long by that point! Recruit some Polar bears and send them to guard on the ground, while the Witches guard the sky. Set your new estates to work on creating something for you, and you can either use those resources or sell them to gain more gold!

By now you should start thinking about an invasion force. Recruit around 20 Frost Giants, 15-20 Polar Bears and 30 or so White Wolves. When you get them, send them straight to your new front line, and prepare to launch your attack. For your first wave, send in all your Frost Giants to attack this wall, towers and any men deployed on it. Then once a single breach has been made, send forward your Polar Bears to attack the second wall, and your White Wolves to destroy any buildings you can. 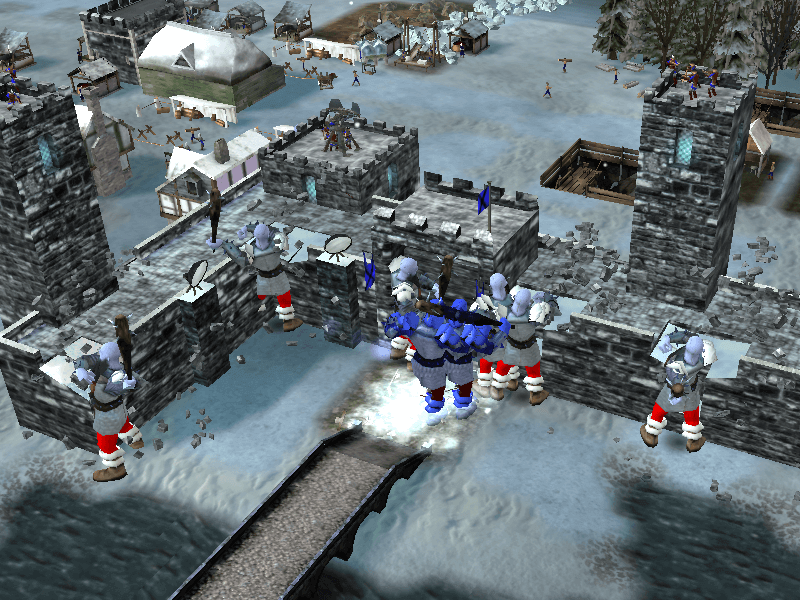 Second wave: make sure that you destroy the Barracks which is likely holding Crossbowmen, and the Engine Tower with a Dragon Harpoon on. Then send in your White Witches to do as much damage as possible, before finally moving into the keep with your White Wolves. Mission complete! 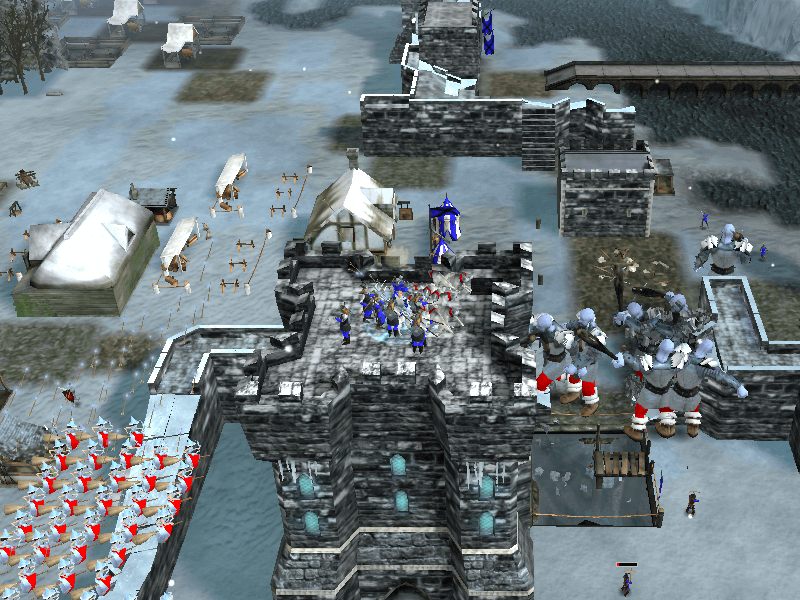 You can find a saved game of this mission here in our downloads section.