Floods are one of many natural disasters you can use in your maps to be destructive. They can destroy large numbers of buildings, roads, and even completely ruin vast areas of lands. In this tutorial, we're going to show you hot to make perfect floods, and also make sure that buildings, farms as well as roads, are all submerged in your flood.

In order to make the flood, the following types of terrain are the most commonly used: 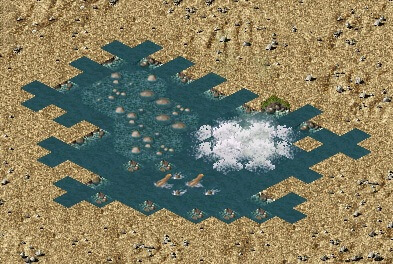 The effects include river, fjord, foam and ripples. However, sea, marsh and moat can also be used depending on exactly which effect you wish to achieve. Sand is also fairly useful when creating floods next to rivers or seas. To take the flood to a whole new level, make sure that buildings, and farms are submerged too. This example below is taken from the map Henn Dommen. 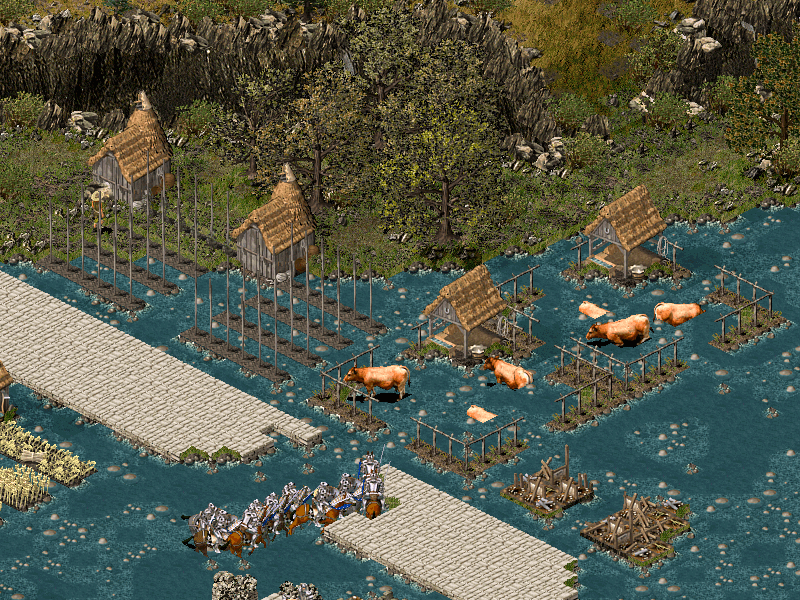 In order to achieve an effect similar to this, it's important to understand the Hades terrain height trick. This will allow you to place floods at minimum height on your map. In short, achieve this effect by using our Hades tutorial and then simply build the farms on the top of this. After you have achieved the effect you want, change the surrounding beach to fjord, lake or whatever effect you desire to use, which will lower the height by eight clicks, making it look realistic. If the trick is not used, and instead you simply build in minimum height and then change it to fjord, the buildings will hover in the air eight clicks abvove the rest of the ground.

You can also try a fast flowing flood using a combination of fjord, foam and ripples. The foam on the front of the building depicts water crashing against the walls. Fjord then comes back from the building and the ripple features add some additional motion which reinforces the sense of direction and speed of the flood. It also adds some debris to the water.

Here is another example from Henn Dommen, this time of some ruined towers. This trick could be very useful for creating ruined cities! 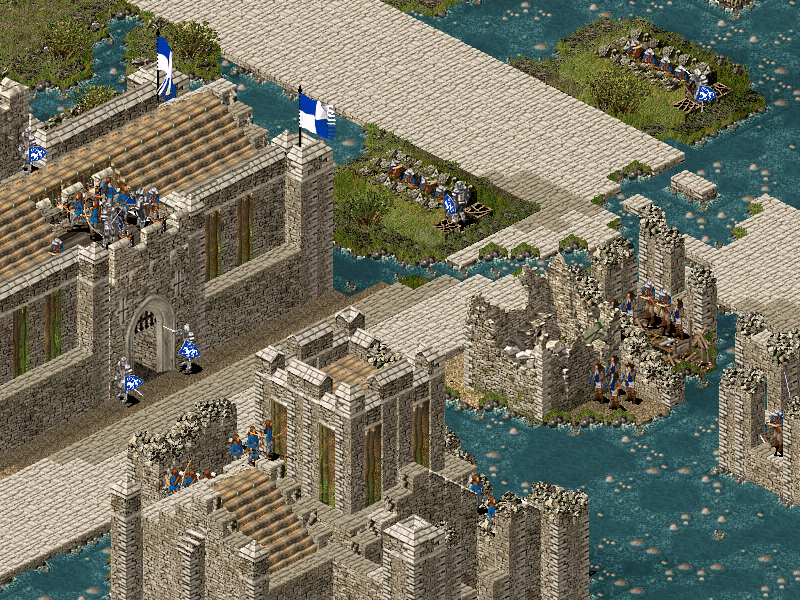