The Arch of Talos

In ancient Rome, Emperors had Triumphal arches named after them, such as Trajan's column, or Hadrian's Arch. This Arch is named after Talos of Stronghold Knights, who founded this trick. This arch allows your troops to not only cross over it, but also walk underneath it. In addition to using Stronghold 1, you can also use Stronghold Crusader for this trick.

The first thing to do is place two parallel walls. 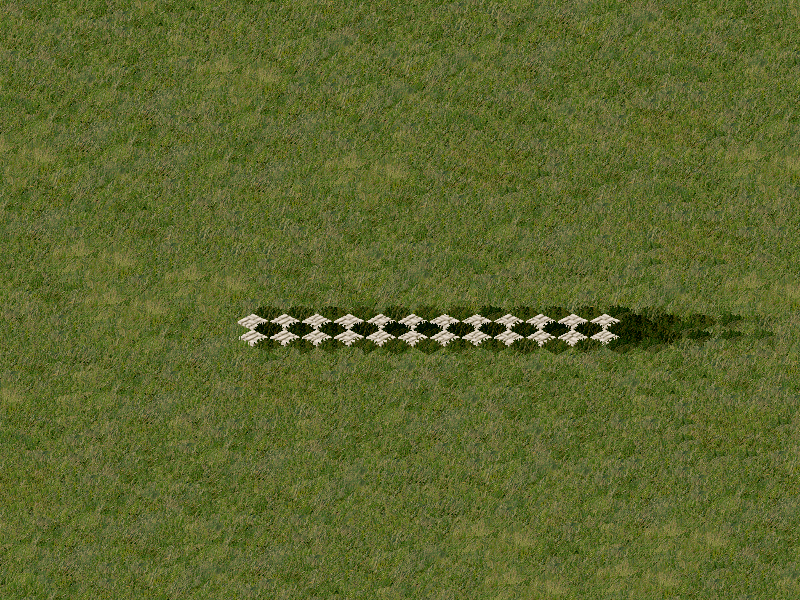 Now, join the wall together, with the exception of the part which you want troops to walk under. 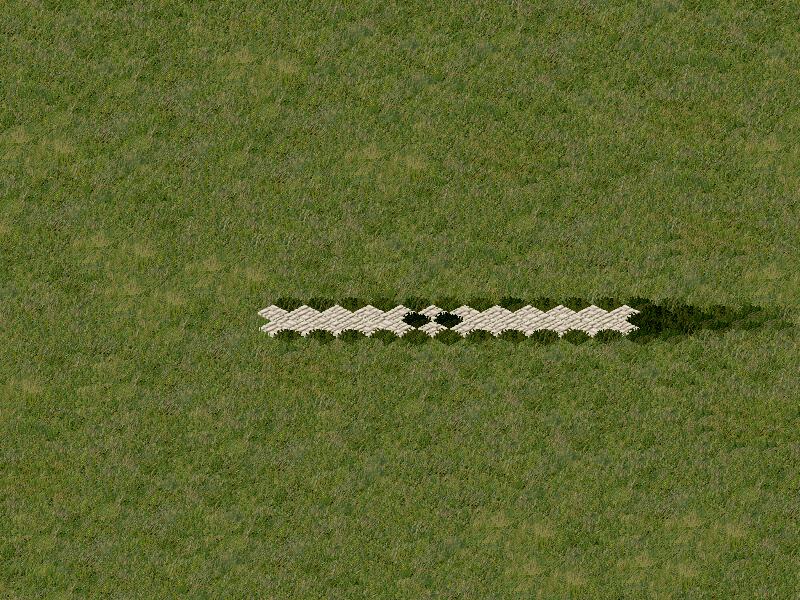 Now, place boulders on the points on the wall which are diagonally facing each other, and your troops will walk through. You may notice that very little will change, so see the screenshot below for where to add them.

Now, destroy the wall and then remove the boulders from the top of the new ground which will appear. 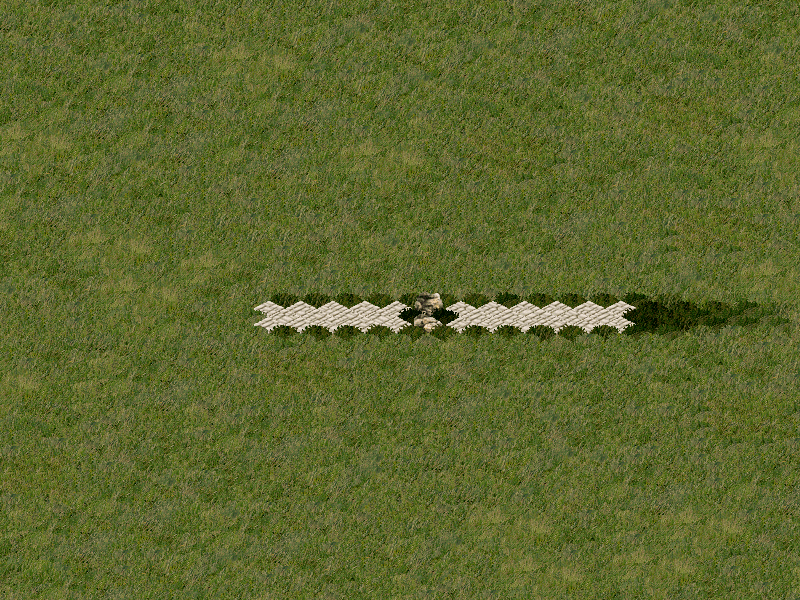 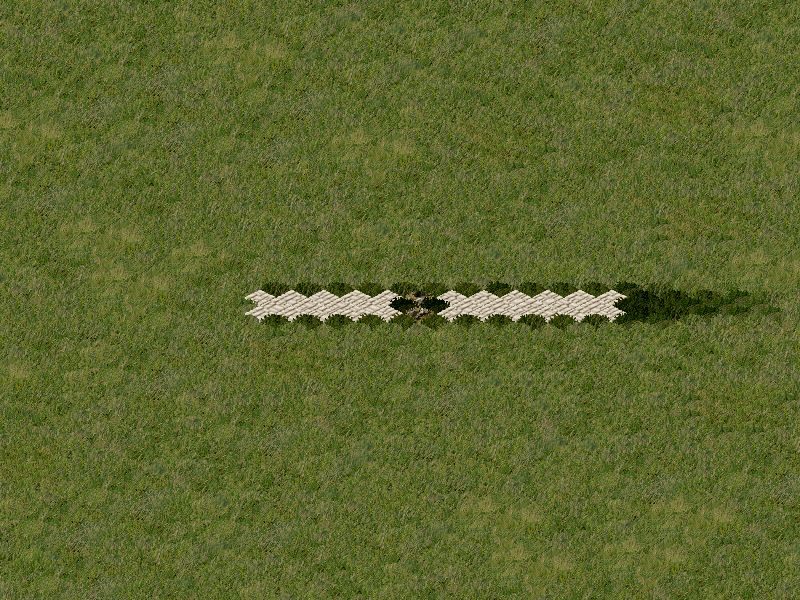 Now if you press the spacebar to make the walls the full size once more, then you will see something like the following. Troops should be able to walk both over, and under the wall (providing you build a stairwell on at least one side). 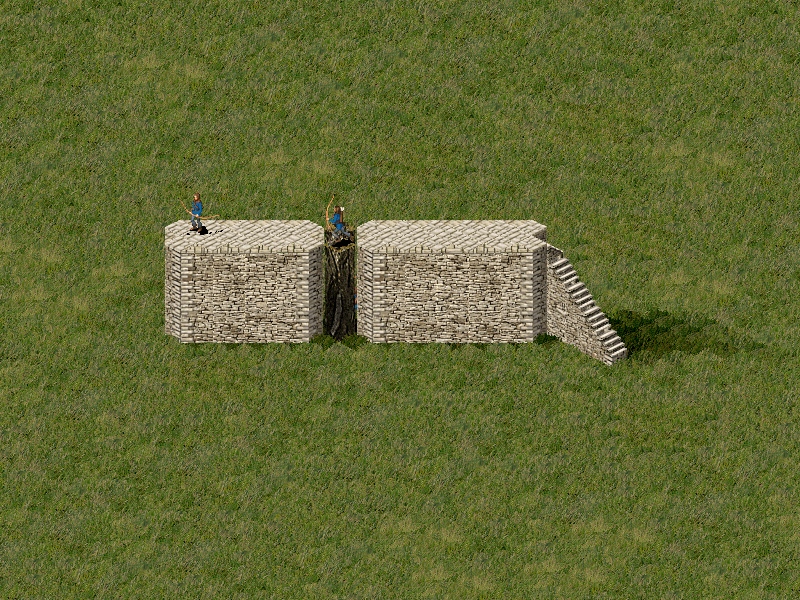 If you were using the 'high plain' height, then you will probably come accross this when deleting the boulders: 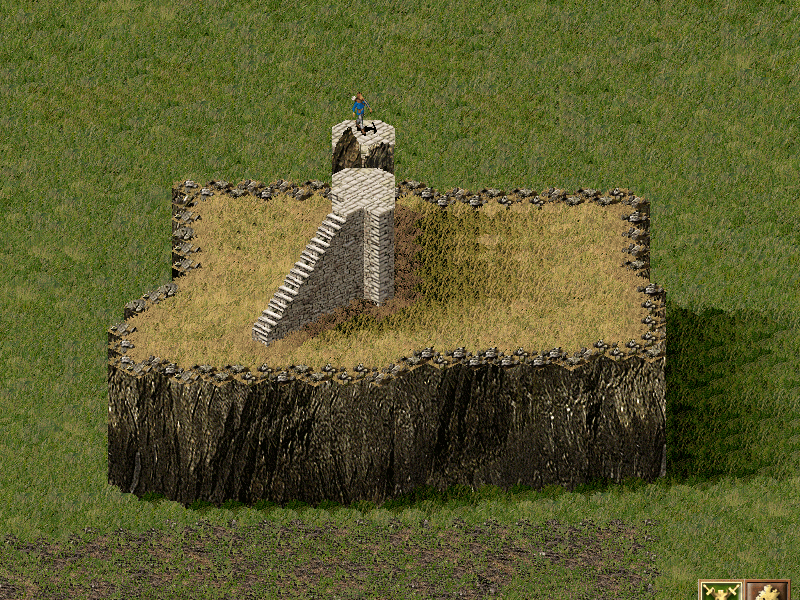 This is due to the fact that the game has a maximum height level, and because you are already using the 'max height' tool, it replaces them with rocks to prevent it from going higher. While troops can still move across, it doesn't look as authentic. To prevent this, delete the rocks using the 'dirt' tool. 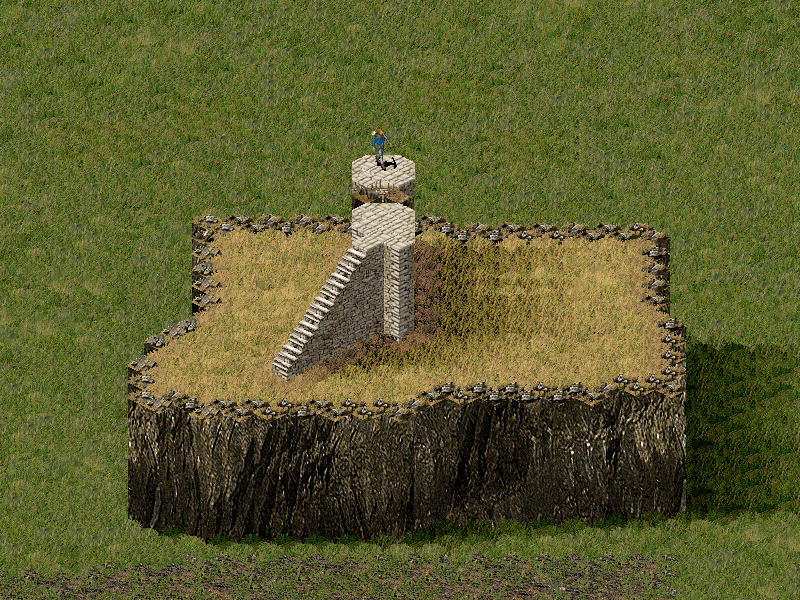 One of the best uses for the arch is for moving ranged units from wall to wall within your castle - since they will not have to risk hand-to-hand combat while on the move, this is a much better solution.