Hard times are over again ... for now. We're evil, and have to take on two Ice AI; Dietrich and Siegfried. This makes it one of the easier trails so far. First off, place your stockpile next to the iron and wood. This will help you to get more iron to the stockpile quicker, which will help you to get more gold. Now place five iron mines and two ox tether. Then place your free wood camp, and buy the wood to place a hovel. Now use all your stone building walls around both your bridges and a barracks to train troops as well as an armoury to store weapons. While you're waiting for wood, send your hell hounds out to capture some estates. Then place another wood camp, and two hovels. When you get your next supply, place two stone quarries and two ox tether.

Then you should start to sell some iron. Instead, purchase some bows - you'll need some archers to defend your walls. And if you've looked closely enough, you should notice that Dietrich is constructing a very poorly built wall. Recruit 8 werewolves and send them in to smash up some of his buildings. This is the AI you will attack first, so it's best to weaken him. 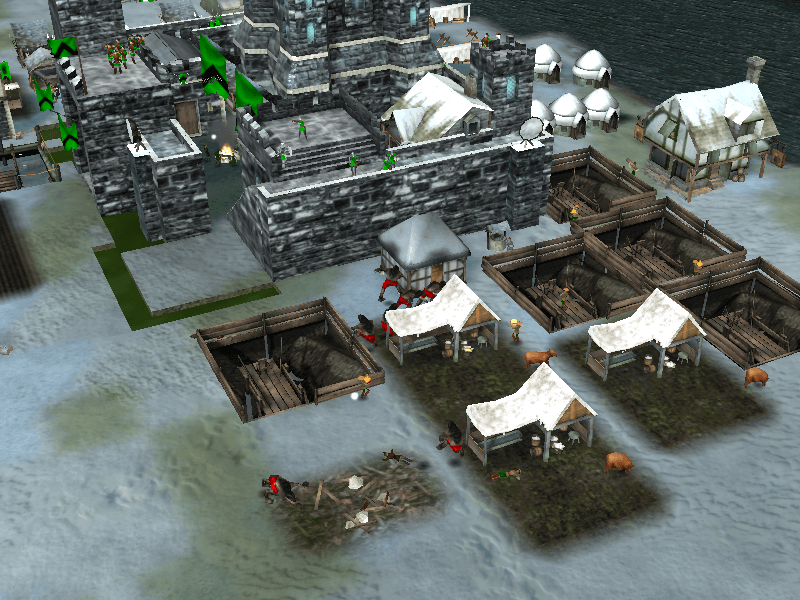 Be careful of the Ice Mirror, which will freeze your troops if you venture too close. Stay out of the way of the Crossbowmen too, as these will very quickly kill your werewolves. They'll eventually die, but you should have at least taken a granary out, which will cut his food supplies temporarily. Now sell enough of your resources so that you can afford a dragon, and purchase it. Also purchase as many hell hounds as you can, then place two chicken farms and another two dairy farms. These will produce more food quicker so you can increase the ration level, get more gold, and train more troops. Purchase more hell hounds and send them to Dietrich's front. Keep them there, this should be sufficient to prevent an attack, for now. Focus on your defense from Siegfried's front. Purchase as many bows as you can, the sorceror and send them all up to your defensive wall. Make sure the sorceror is in a tower.

Siegfried will attack shortly, and you should be ready when he does. You should get into a regular pattern of attacking to the right, renforcing to the left. This will withstand all attacks on both sides, Dietrich trying to break through, and Siegfried attacking you. Hell hounds are your main source of attack on your eastern front, and archers should be your main source of defense on your western front. Purchase 5 Giant Demonic bats, and send them all to kill the crossbowmen on Dietrich's castle. It may take a few waves of them to finally kill them all, you need to have at least 60 Hell Hounds when they're gone. Rush in with laddermen where the Granary was destroyed, and sned your Hell Hounds in to kill the soldiers on the walls, and of course, Dietrich himself. As an added bonus, activate your dragon, and send it in to deal with any new recruits he makes. Against this, the AI does not stand a chance. 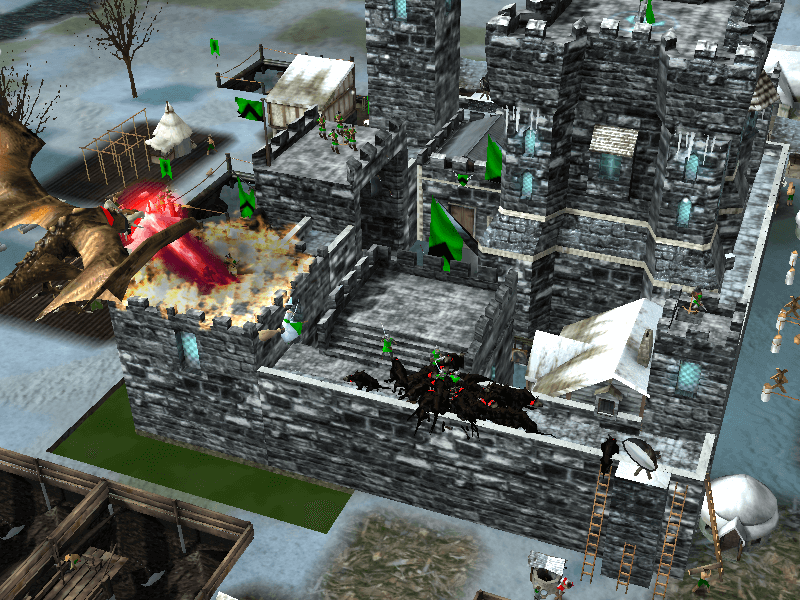 If you should fail, use the same tactic, only include werewolves. They are very strong, and can easily overwhelm troops taking very little damage themselves. If the tactic still doesn't work, switch completely to werewolves instead. Now, focus on Siegfried. His castle is much stronger, so I'd suggest taking a slower approach. Camp your troops before the bridges leading into his estate. Nothing will come out, and nothing will go in. Purchase another dragon, more hell hounds, and 70 werewolves for the second flank. Also make sure that the eastern flank still has enough strength to protect against attacks. WHen you've completed this encirclement, purchase yet another dragon. While it's being prepared, send small droves of werewolves in to destroy a few buildings at a time. At first, target key buildings, such as weapon production, granary, iron mines .etc.

Note: You may need to use cats to prevent the archers in the tower from very quickly destroying your catapults. 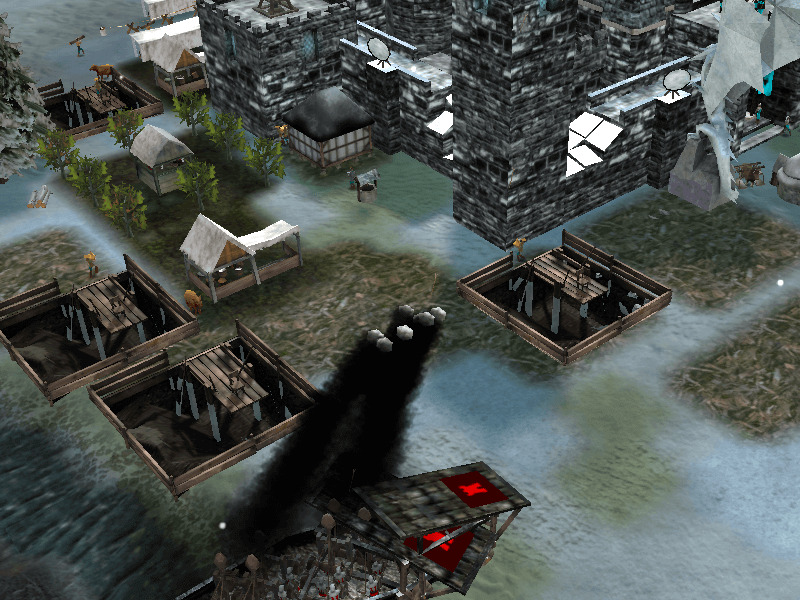 From this, you can bring the castle to its knees. Destroy the Ice Tower, barracks and armoury. Send send in your dragon to kill the arhcers in the lookout tower (if it still exists) and rush the castle, killing Siegfried. Mission complete!