This is relatively easy to complete, however, it requires a small amount of patience, and skill, which this guide offers. If you do not have these, then this mission can be quite challenging. First of all, place your stockpile to the right of your stone, and the granary against the edge of the map south-east of your stone. The room in your estate is very limited, so you need to make the best of it. Then, place two chicken farms, one apple farm, two stone quarries, four iron mines and two ox tether. You should have ten wood left. So, place your free wood camp, then purchase fifteen more wood to place a hovel.

All your wood should be gone now, so focus on defense instead. You'll notice that next to the round table, there are some troops. Move them out of the way, and place a wall with a gatehouse, and stairwell and return your arhcers on top, and pikemen next to the gatehouse. This should (at least for now) prevent enemy troops swarming into your estate. Now go back to your keep, place a barracks on the right side and the armoury on the left. You may wish to palce some stone around there to enclose your keep, or you may wish to place the lookout tower instead. By this point, you will probably also have noticed that your archers are targeting peasants in the nearby estate. So send Galahad and Lancelot out, capture it, and then you will also get resources delivered from there. For now I would suggest for them to produce wood for you. This will allow you to place many more buildings much quicker.

You will also have noticed that Beowulf has prepared a dragon egg. So keep your wits about you; make stone production your #1 priority. You must ensure you can defend your estate from dragons using dragon harpoons. By this point, you should nearly have your first shipment of wood coming in. If you have, then place another wood camp and two additional hovels. Otherwise, send Galahad and Lancelot to capture a few more estate and buy some wood to do so. You'll make up the money from taxing these estates anyway, and it gives you some additional honour. Keep an eye on your stone level.

Engine Towers cost 120 Stone each, and you'll need one for every Dragon Harpoon. And to be safe, you should have at least four dragon harpoons. Now set your tax level to "Normal" and your ration level to double. This should keep gold coming in so you are never short, and you sahould have enough to place at least one dragon harpoon for now. When you have the wood, place more hovels, train some archers and station them on your first wall. It won't be long before Beowulf is ready to attack, and you need to keep your strength up. This is what you will need to defend against: 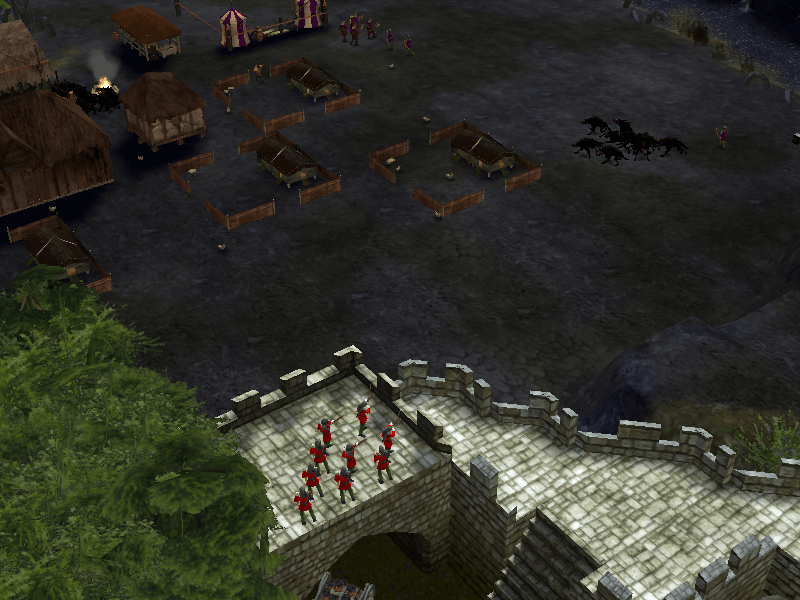 This attack consists of a single catapult, two siege towers, a few ladderman and a cat. Take out the siege equipment first, and then target the troops. They can't get on your walls until the siege equipment penetrates it. Wouldn't you know, this is the time Beowulf sends his dragon in. Make sure you're well protected from dragons, as you're likely to take a big hit. To avoid all your archers being killed, you'll have to try and move them out of the dragon fire. But this will open up the potential for the enemy to get over your walls. Sell some wood, buy some bows and then replace any troops lot. Doing so is the easiest way to keep your castle safe. Providing you took the earlier advice of placing the dragon harpoons, the dragon will eventually die. Otherwise, you'll have to wait until it expires at which point half your settlement may be gone. This pattern will continue with every attack, so the sooner you secure yourself from dragon fire, the better. This not only includes in the air - but also in the form of wells on the ground. These will put out buildings on fire quickly. The most important thing now is get weapon production started. Sell more wood, and place four fletcher's workshops nect to your stockpile. Now place more iron mines, another wood camp, another two hovels and another apple farm. You should start to massively ramp up the production level of your estate now - when you have enough resources, palce at least double of every building currently there. Also place a dairy farm, four armourer's workshops and two poleturners - make sure they are set to produce pikes, by defualt they produce spears. 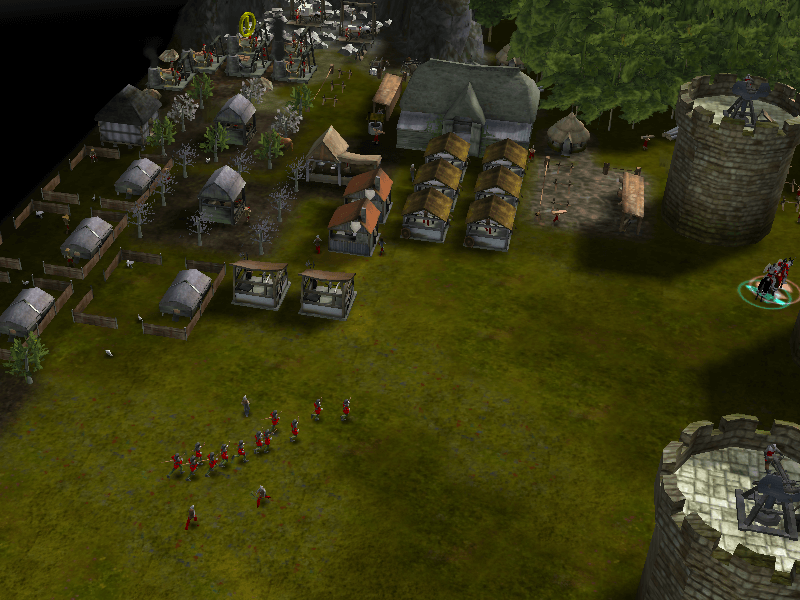 Beowulf will consistently send small armies against your men, such as Demons which can climb up your walls and set fire to the ground around them. But as long as you can stand against these, you're doing well. Nevertheless though, make sure you're always keeping an eye on how many guards you have. Keep recruiting more archers until you can't fit any more on your wall. At this point, you're in the position to start making an invasion force. Start by purchasing every unit in the round table. If you're stuggling with honour, place a pantry and several honour buildings, these are depicted with a crown in the food menu. Then build a siege camp in your estate, and buy several catapults, four trebuchets and two battering rams.

After the periodic attack has finished, catpure all the estates and send your troops outside of Beowulf's castle. Now setup your trebuchets, and start to attack his poorly constructed wall. Then send in your battering rams to create a breach where his gatehouse is. If like me however, you may not need it. I was unlucky enough to be caught attacking when Beowulf had just finished preparing a dragon egg, so I rushed my attack, sending Bedivere in to destroy the wall, and then destroyed the Sorceror's Tower.I then destroyed a few more of his buildings and tyrned to his keep. 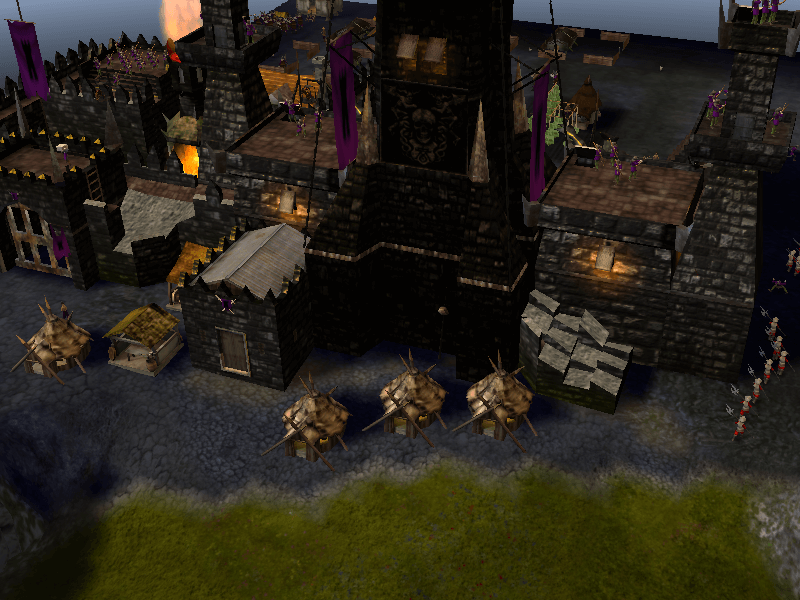 Make sure that you use Gareth's special power to uncover the traps in front of the keep before you enter. Otherwise a lot of units will die. Another thing to note, is that it may take a few attempts in order to actually kill Beowulf (depending on how many troops you have). It's best to not attack with all yor troops.

You can find saved game of this mission here.