The Long March is a fairly long trial, and each mission is completely unexpected. But with the help of this guide, it's fairly easy to complete. For the first mission, we are Ice, and start with two castles; Lancelot and Arthur. The easiest to take out by far is Lancelot's, due to the fact he does not use magical units. So we should take out Arthur's castle first because it will (over time) become stonger. Granted, not very strong, but it will cause extra troops to need to be recruited for no real reason.

You start with a frost giant and several stone quarries already placed. Place your stockpile next to the stone and your granary near the trees next to Arthur's castle. This will help when you kill Arthur, speaking of which, place an Ice Tower, recruit two Frost Giants and send all three over to Arthur, killing anything in his Estate. You're not ready to fully wage war yet, but you can help yourself by destroying the economy of the AI! In fact, if you do enough damage to Arthur, you may even consider doing some against lancelot too. 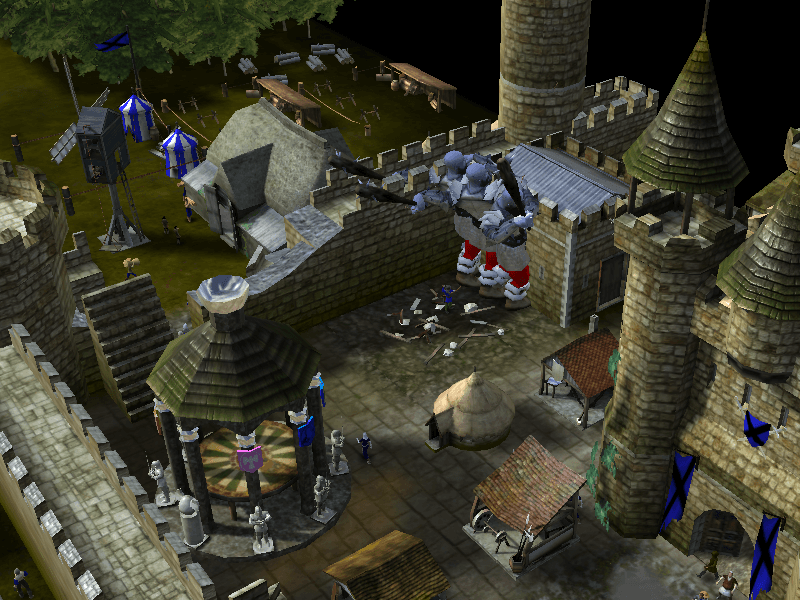 Next, place several buildings to generate honour for the castle pantry (these are depicted with a crown next to them) and several food buildings.

Meanwhile, you should be getting quite a nice supply of Stone. Use this to your advantage, selling almost everything - but make sure you block the other bridge with stone stopping Lancelot's units from going accross. Then buy as many frost giants as you can to join in the fight against Arthur. Lancelot probably looks too strong by now for your very small army to take on, although if you want a challenge you can try this. If not, keep recruiting as many frost giants as you can. Don't both with defense; offense is your defense. 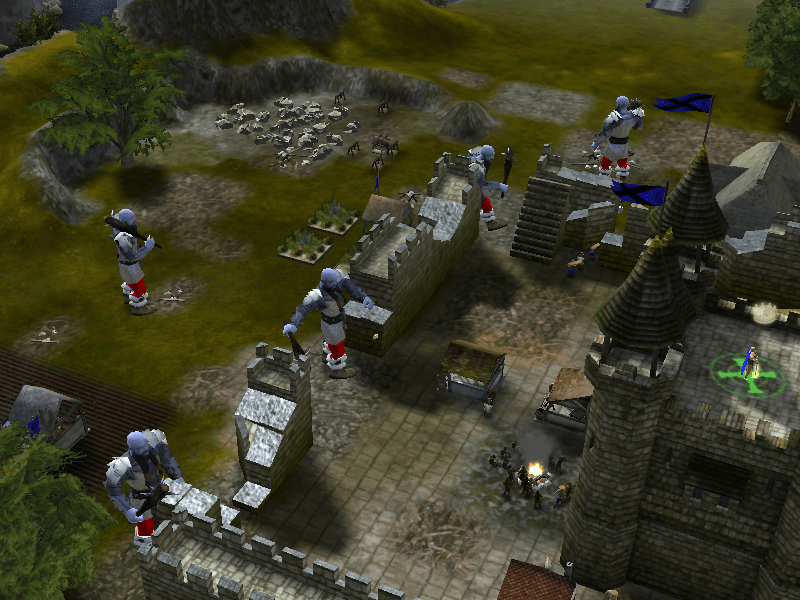 Eventually when you've almost destroyed Arthur's castle, Lancelot will attempt to attack. Take advantage of his stupidity and temporarily halt the sieging to kill his troops which pass Arthur's castle. When all of arthur's buildings have been dstroyed, purchase some white witches and send them to kill arthur. If you don't have enough gold, just sell stockpile items. Now only one opponent left, and it's the easiest.

Using the same technique, send all your Frost Giants to his castle and start destroying it.

Simply use the same easy strategy you used on Arthur and it's completed!