The Valley of Flowers Mission 5

At first glamce, this mission looks exceptionally difficult; you are faced with two opponents, one to the left and right of you. The main problem you face is dispatching them whilst holding your ground. However, if you do it quickly, and effectively, then there is absolutely nothing to worry about because thier defenses are very low at the start.

We're going to take out the lord on yuor left first, who generally, probably has the better defense (just). So place your granary, then buy Bedivere and Percival from your pre-built Round Table. It's important to buy these two specific lords because they both have specific abilities which help you to get in sooner - unless, you want a challenge of course.

So after you've recruited those two units, you've probably ran completely out of gold. Place a barracks, armoury, and then it's time to sell your stone. Purchase Sir Galahad, who has the ability to heal your troops, and then place a castle Pantry, a few buildings to generate honour as well as one apple farm & one dairy farm. Then, send your troops up the middle of the map to capture the village. This could also produce more honour, more honour means you can produce more knights. 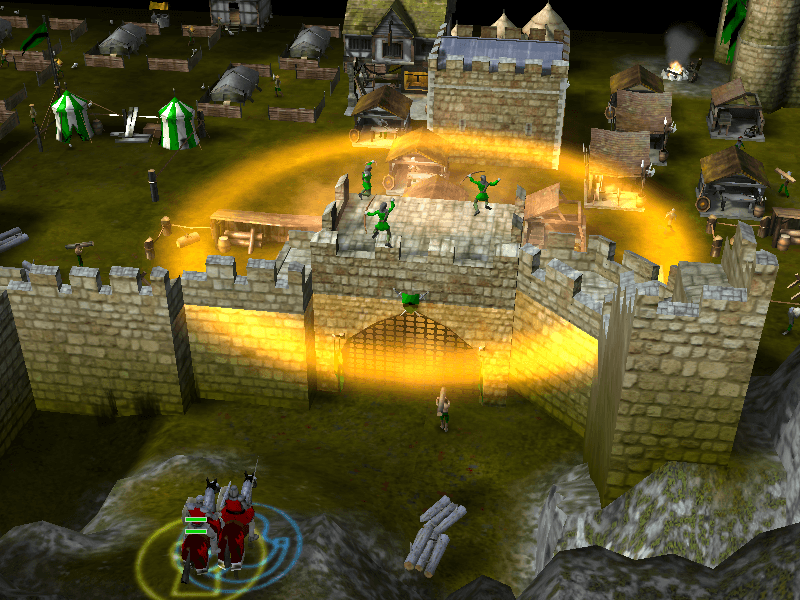 Note: Don't make Bedivere focus on the gatehouse when trying to use his power to bring the walls down; it doesn't always work.

Once you breach the wall, you'll be told that an ally sent you reinforcements. Send them straight up the hill to the village, and for the time being leave them there. They can come in useful later for taking the second castle, and they will also help to keep the enemy away from your village should they choose to attack (which has never happened to me). Now storm the keep, killing the enemy lord. You can use Arthur's ability to summon knights to help you here, and of course Galahad can heal your troops if some get too weak.

Now, for the second opponent, who is just as easy to kill too. If you have neough peasants (remember to make sure you've placed a hovel while checking) and honour, you may wish to purchase one or two kngihts before properly continuing. If not, that's probably fine - but make sure the special attacks have had enough time to "recharge". To be honest, with the amount of archers you now have, you could probably just send them on to the right part of the cliff, and they should take the three enemy archers out no problem. But I suppose watching them get thrown off can be more fun.

For an alternative method, you could also place a siege camp and send laddermen at the wall, it's entirely your choice. If you can be bothered to wait for the special attacks to recharge, I suggest doing so as it's the most cost effective method. Now, run in again and destroy the lord. 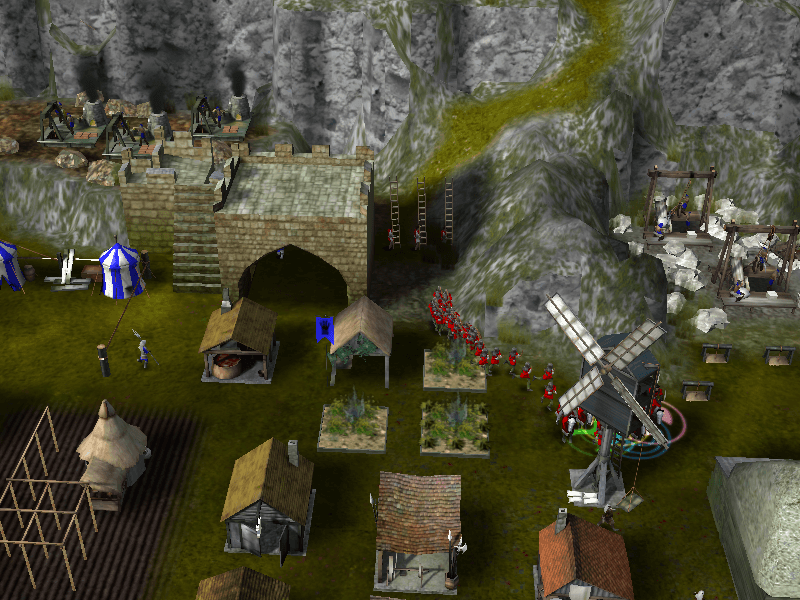 If you didn't make any siege equipment, you'll also have won an award for producing none!