The Valley of Flowers Mission 4

Set your speed to 10. Place the stockpile in the corner between the clumps of trees, iron, and stone.
Build 2 woodcutters, 2 iron mines, 3 tethers. Buold your granary in the rear of your valley with 4 seal holes and 4 apple orchards as close as possible.
Sell all of your stone, and buy wood as needed.
Bump the speed up to whatever you like playing on. 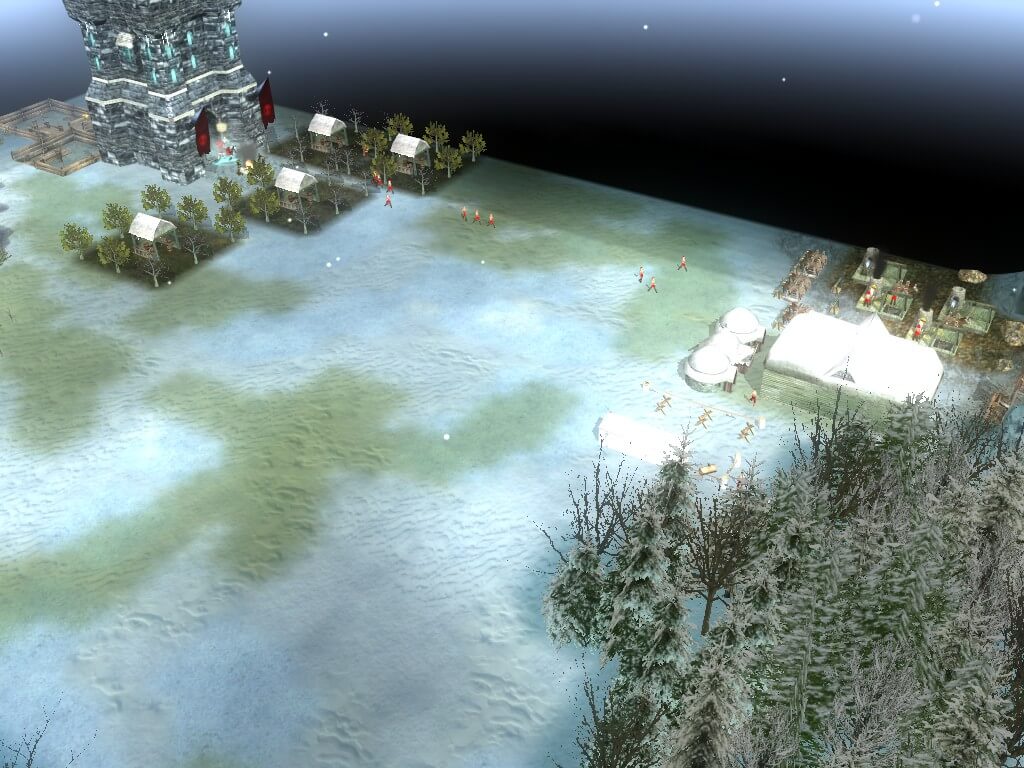 First, send all of your soldiers to kill the dragon. Then, send your swordsmen and archers to guard the nearest bridge, that's the only way for the enemy to get to you. Send your wolves around to capture the estates.

Build 2 quarries, 2 iron mines, and 6 ox tethers. If you feel rushed, buy some stone (or use what you saved) to build an armor, barracks, and ice tower.
Now that Lancelot is blockaded you don't need to worry too much. Build a siege camp behind the guarded bridge. 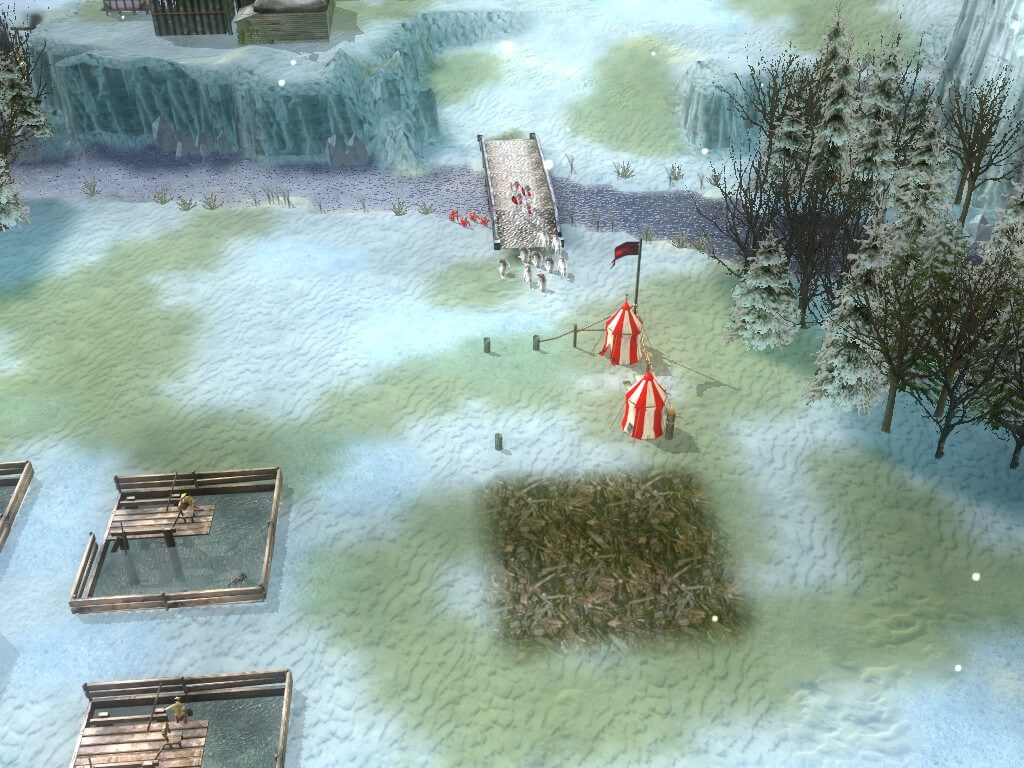 Focus on training large quantities of spearmen and archers to bolster your ranks of giants and witches.
With spare resources you should build a pantry and foodstuffs for it.

After a failed enemy attack, send in 5 giants. They should be able to knock down the enemy's gates, towers, staircases, and barracks.
Now it's just a matter of keeping pressure on the enemy until you can rush the keep.

Lancelot may retake the estate closest to his castle. Send in a small horde of archers and spearmen to recapture it if this happens.
Be sure to maneauvre your troops so they dodge the logs that Lancelot sometimes hurls at your men.

Once you have quite a bit of food, set rations +8 and taxes to -8 so you will be getting quite a bit of cash to quickly raise troops.
Keep sending in raids of about 5 giants to disrupt the enemy's economy while you build up enough spearmen to rush the keep.
Distract enemy archers and swordsmen by sending in some giants in your final assault.

A couple dozen shieldmaidens should be able to kill Lancelot and his summoned troops once they reach the top of the keep. 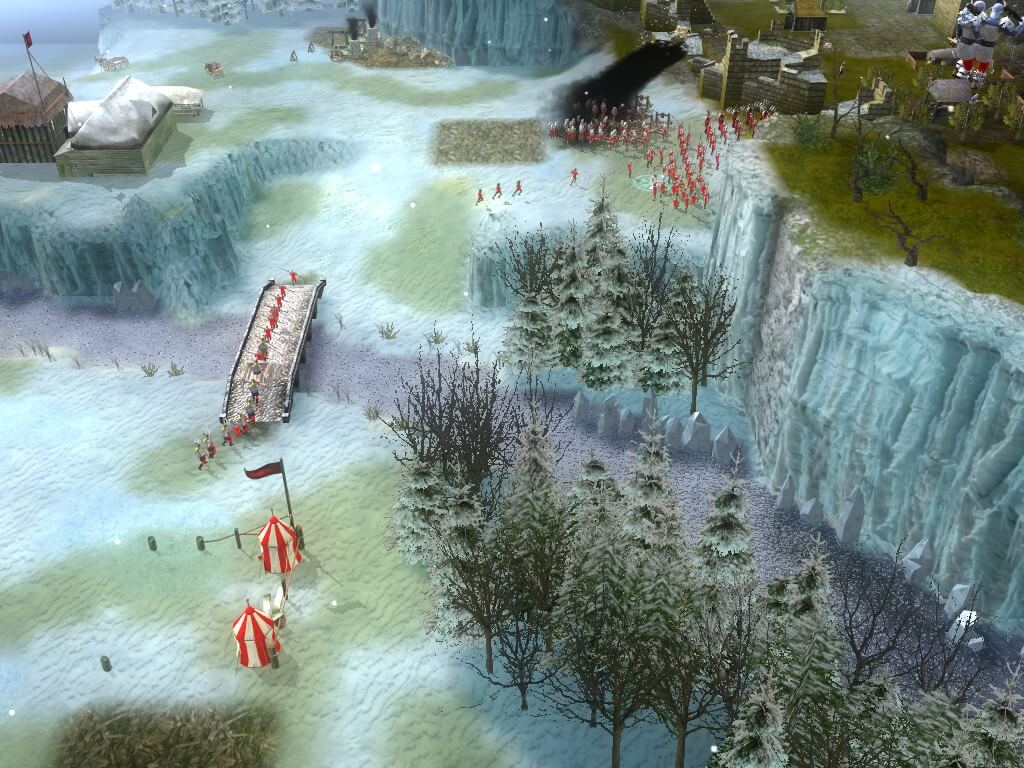