Assuming you have a decade of Stronghold experience (or read this guide) and play on Easy, this mission should be Easy! The key is to slide the speed down to 10 during the early troop movements and building placements. I did this when I saw where the enemy attacks were coming from so I could quickly place pitch and oil tippers. If you pay attention to your armory, you shouldn't have to worry about a lack of troops. 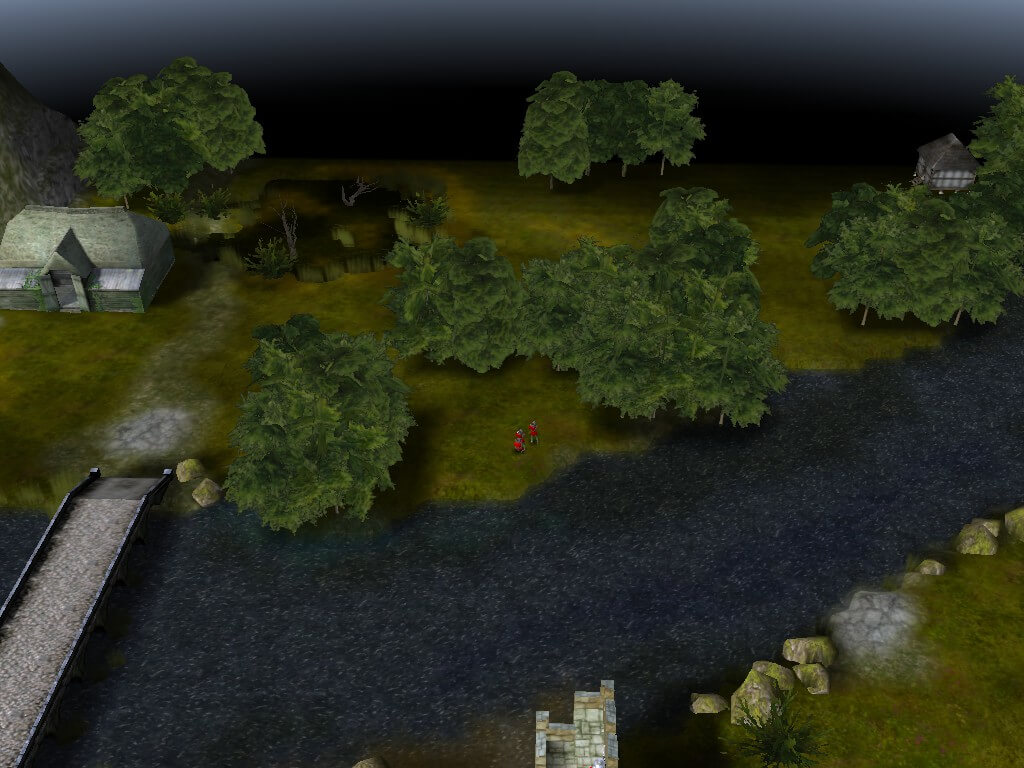 Build your stockpile between the wood, pitch, and stone. There is no way to gather iron in this mission so don't worry about that.
Place your granary in a secluded corner.
Put down 2 quarries and 4 ox tethers. Then put down 2 woodcutters and 1 pitch rig.
Buy enough wood to place 4 hovels to the far left mountain pass, as well as 2 apple orchards and 3 chicken farms near the granary.
Place the armory near the stockpile for efficient weapon production, and the barracks at a strategic place along the wall. 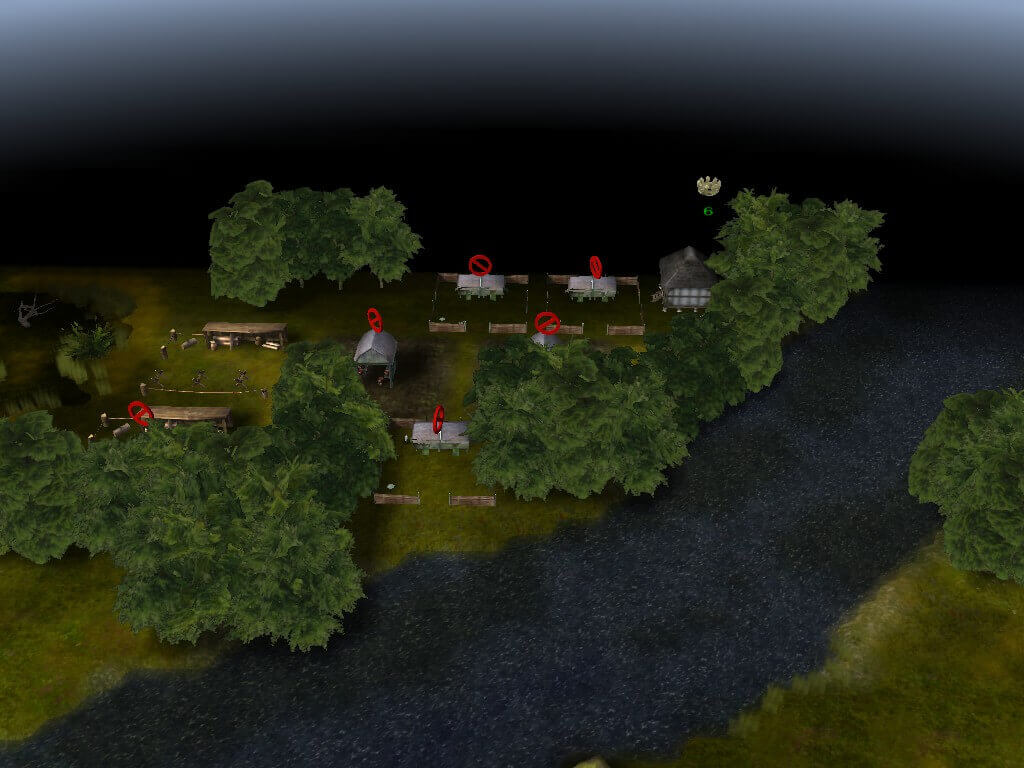 If you used your siege tower during the last mission, it should have automatically disappeared. Send some men-at-arms up to the ladders to kick 'em over, unless you want a bunch of macemen scurrying into your castle like ants.
Keep the orb launchers in position and place your cats in front of them.
Rush any other troops outside the walls inside. Your stake hurlers should go on the cliff, with the mantlets in front of them.
Send your lord to the keep with the pikemen.
Distribute your archers in the 3 towers and your men-at-arms along the walls.

Sell your starting iron and buy 400 wood to build 4 poleturners and 4 fletchers.
You should start to be running low on food by now, so buy 50 meat if you're in the single-digits.

Sit tight for now. You don't need to place any pitch for the first attack (which will come from the right side), but you may lose some cats and the orb launcher near the lower part of the gatehouse.
Train troops as weapons come in. If you have more than 400 wood, 200 stone, or 100 pitch then you should sell some.

Place some defenses along the southern wall. This is where the next attack will fall, with a heavy contingent of enemy pikemen and swordsmen. Use these at your discretion. With proper direction of fire (haha - I'm so punny), you should take down the enemy siege tower and catapults without taking any damage.
When your walls start to overflow with troops, place archers on the cliff and spearmen in and around the keep. Buy pitch before the final attack if you haven't built any more pitch rigs, 75 is more than enough. The attack will come from both the south and the east, so make sure both sides have adequate pitch.

Below is depicted what your final castle should look like. The enemy trebuchet may knock a few holes in your walls, and if you are daring you may sortie out and get them before they give you a headache.

Congratulations! You are victorious, and are closer to becoming Evil (insert obligatory "mwahahaha"). Now, onto the next chapter!

A saved game of this mission has been uploaded to the downloads section and is available here.