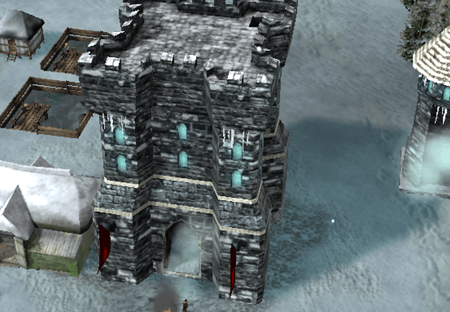 This mission is a lot harder - but only at first. You do not have much time before attacks start, and your chance of survival hugely depends on how well you did in your previous mission. First of all, send the majority of your archers up into your keep along with your lord, and then place three wood camps as close to the trees as possible, and three fletcher's workshops. Next buy five wood and place one hovel. Then, use all your stone to build a barracks, armoury and a wall towards the top left of the map - this is where the first invasion will come from. Also note that no invasions will come from the right hand side of the map at all, so there is no need to defend that area. When placing the wall at the top-left of the map, you won't be able to build it all the way across, but don't bother yet. Instead buy 23 white wolves from the Ice Tower and use them to fight off the first invasion (avoiding the Polar Bears and leaving them for your archers to take out). Then, build a castle pantry and several buildings to gather Honour - such as the vegetable garden and pig farm.

Repair any breaches in your wall, and then turn to the bottom left of your keep for defense. The next attack will come from there, and it contains Trebuchets which can destroy buildings close to your keep. So you should keep some white wolves in reserve to ambush the troops as soon as they come on the map. All the time, recruit archers, and in between, white wolves - they are your best weapon in this mission; they're fast, can get on your keep if you need to - as well as walls, and when in packs are very deadly. 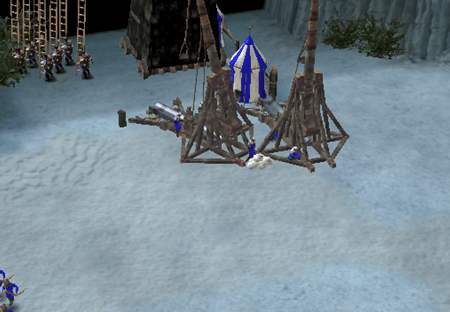 If you ever have enough stone, build a couple of lookout towers nearby - preferably behind your walls and then send some archers up into them. But don't worry if you can't afford them, just keep selling stone and train more white wolves. Aim for two groups with 60 wolves in each, the final invasion will come from two sides, so you'll need them. But before the final invasion will come two more, from the same place as the first, and one from the same place as the second. As you can now see, the white wolves are helping to destroy the invasions before the equipment gets setup. Now complete your wall (and place walls on all sides) and then send some archers up on it, along with white wolves nearby - but not on the wall. They can be used in case the enemy does manage to breach your wall. 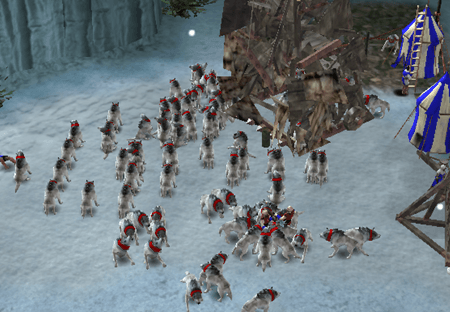 For the final invasion, send the majority of your archers to the top left wall, and all of your wolves towards the enemy, left of your keep - this will completely wipe out the enemy there, meaning that all the enemy is now on one single front and your archers can keep them busy until your wolves have taken out the first lord. 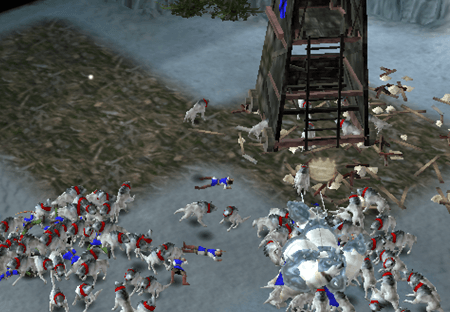 In fact, if you've sent enough archers over, Schilbung won't even get on your walls and your archers will take him out! If not, return in force with your white wolves and victory is yours! 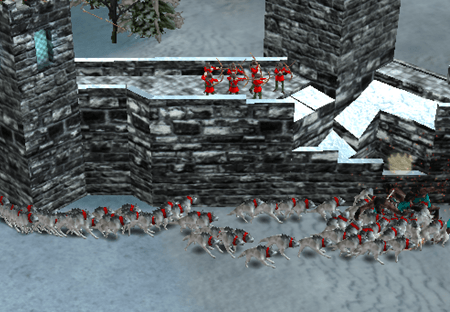