Although the name may mean nothing today, William ''Billy'' Breckenridge was not only a witness to but participated in ''making it. Breakenridge was born in Wisconsin in 1848 to Farmer's. He had an unassuming home life, tasked to learn the ''Good Book'' and work hard. Still, this life was not for Billy. He joined The US Army in 1862. He avoided The War by being enlisted with the Colorado Militia and serving under Colonel John Chivington. Breakensridge would soon learn the true meaning of hatred when He participated in the infamous Sandy Creek Massacre in 1864 (against mostly women, children and old men of The Cheyenne and Arapaho Tribes.

After His Contract with The Army ended, Billy relocated to the warmth of Arizona Territory – and was able to secure a Position as Deputy Sheriff of Maricopa County – stationed in The City of Phoenix. Billy quickly earned a reputation as a legal ''killer''. Bored or ''running out of luck'' – Breakenridge would leave Phoenix for The far Southern Territorial Township of Tombstone. There he met Sheriff John Behan and secured yet another Law Enforcement job as Deputy Sheriff, It was no ''long shot'' to learn that (as with Behan), Billy was a ''friend'' to The local ''Chapter'' of The Cochise County Cowboys (led by William ''Curly Bill'' Brochius). This would become telling when another ''family'' of Lawmen entered Town. These were The Earps – led by Family ''Patriarch'' Wyatt Earp (with His personal friend John Henry Holiday (''Doc'' to His friends). Breakenridge was not present at the actual epic Gunfight at the OK Coral, biut He was tasked in trying to help Sheriff Behan in arresting The Earps after much of The Tombstone Cochise Cowboys were shot dead by The Earps.

After the fight, He drifted from Town to Town, working in all manner of jobs. However, Billy's claim to fame'' came from his plan in 1928 to publish an autobiography. Highly embellished (as many were), Billy made no quams about His ''dislike'' for Wyatt Earp (seen no doubt by Billy as being the root cause for Him losing His ''Friends'' and later Position as Deputy to Behan. His book painted a harsher, almost ''Gangster''-like view of of Earp. It (''Helldorado'' was it's Title) became a minor Best Seller. Even after Earp died (1929). Earp;s Wife, extremely wary to protect Her Late Husband's ''brand'' openly discredited The Book. Billy blamed Earp's Wife for His losses. Bitterness became is new friend when He died in Tucson, Arizona in 1931 at 84.

His only real gift to History is still celebrated in The City of Tombstone in Arizona. An event is celebrated with much fervor and meant to ''show'' those ''wild and lawless days of yesterday'', The Gunfight Anniversary is billed Yearly as ''Helldorado Days''. 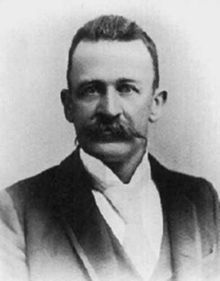