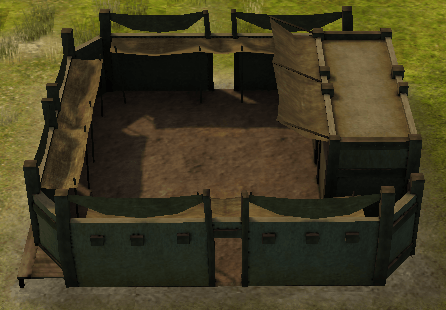 The Town Center must be placed first on your map, and is where all new citizens and vagrants arrive in your city. It automatically upgrades as the Civilisation rating of the city improves, and becomes much better constructed as a result. The Town Center is a good starting point for creating the center of your city. 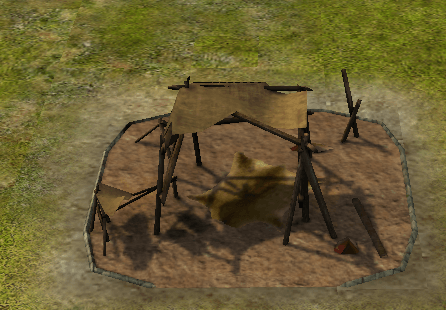 Shacks provide basic housing for your citizens, and as the house receives more of its requirements, it automatically upgrades itself. Upgrading the houses of your city to more advanced houses makes the civilisation rating of your city better. See more on housing here. 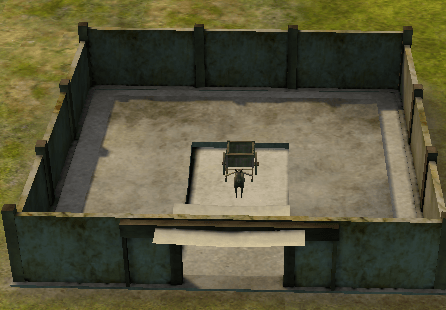 A Warehouse is where all the goods in the city are stored. In order to meet the requirements of their house, some citizens will travel to a warehouse and collect goods from there if available. Because of this, it is recommended to have a several warehouses placed around the city so that as many citizens can reach them as possible, but also because it will help citizens bringing various goods to warehouses to reach them quicker.

It is also possible to make Donkeys transport goods to different warehouses within the city. To do this, select the warehouse you wish to transport from, select the donkey icon right of the padlock, then the good you wish to send as well as the quantity. You can also choose whether certain warehouses should only accept specific goods, to do this click on the padlock and choose to allow only goods in or out of this particular warehouse. 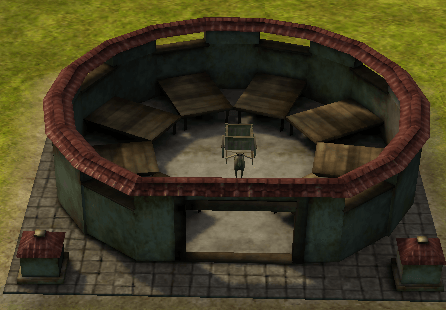 The Granary stores the food of the city. Popularity will go down if you do not have enough food in the Granary. For this reason, it is often better to have two seperate food systems; one supply of food purely for the granary and another supply of food which can be used in shops for the needs of citizens. 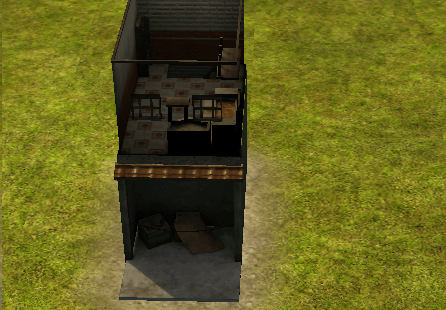 Small insulas are housing for the middle class and are placed above shops. However, even though the option exists to place them, no citizens will actually inhabit one automatically because only shacks are habitale by default. This is because citizens must work their way up the level of housing they have, by collecting their needs before upgrading to insulas. 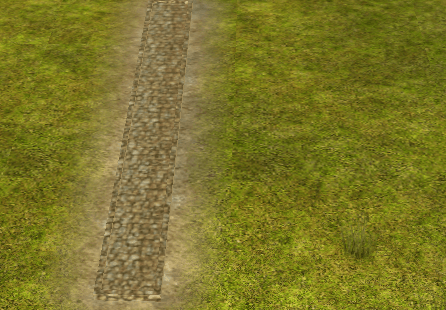 Road can be placed anywhere on the map, and the main advantage is that citizens travel considerably faster while using it. To place more than one section of road keep the left mouse button held down and drag in any direction, including diagonal. Once placed, citizens will automatically use the new road that is built instead of walking through the dirt. Using road will also improve the civilisation rating of your city. 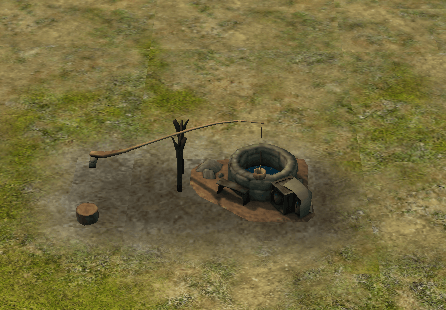 If Aqueducts and Cisterns cannot be placed on a map then your only other option is to use a Well. These can be placed anywhere and well workers will automatically collect water for citizens to collect and take to their houses. Unlike Aqueducts which instantly and permanently give citizens an inexhaustable supply of water, water from wells must be collected periodically. 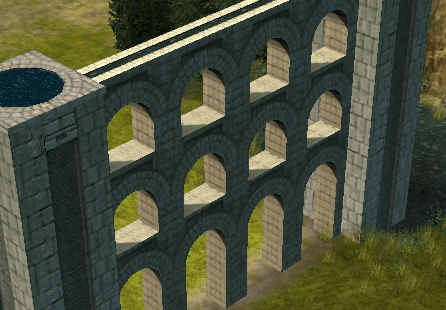 Aqueducts will provide an instant and inexhaustable supply of water to citizens and fountains within range of a nearby Cistern. A Cistern must be placed near to an Aqueduct for it to function. Citizens outside of this area must use a well until you research Lead Working, which will give city-wide coverage from a single Cistern. To see the area of your city a Cistern covers, left click on the Cistern in question. Aqueducts must be placed in a river, and cannot be placed in sea. Any houses that were previously shacks should upgrade instantly to Small Huts, however, if they do not upgrade you can simply move the house to a new position and they will be automatically upgraded. 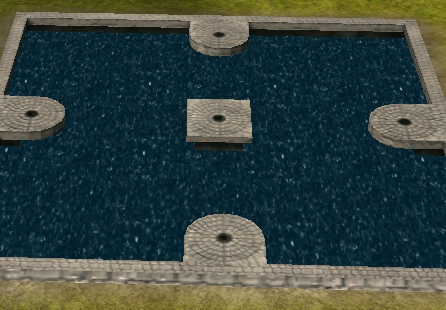 Cisterns allow Aqueducts to function. Without the use of a Cistern, Aqueducts do not provide any piped water to houses or fountains within the city and citizens must manually get water from a nearby well. You can see how much of the city a Cistern covers by left clicking on it. You can only expand the area that Cisterns cover by researching Lead Working, which will provide city-wide coverage of piped water. 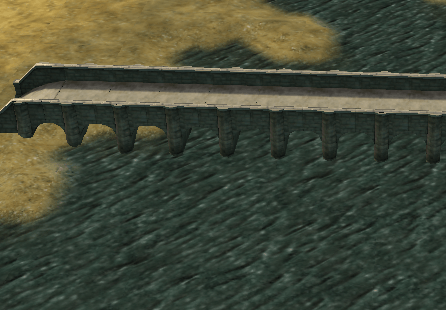 Stone Bridges allow citizens easy access over a river, although they block any river traffic such as fishing boats. To avoid this issue, use a Transport Jetty on either side of the river instead. 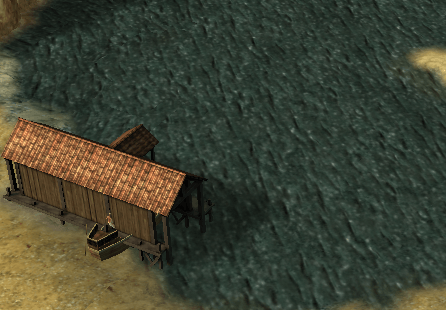 Transport Jetties will allow citizens to cross rivers without preventing boats from crossing the river. One transport jetty must be placed on either side of the river you want citizens to have access to cross. 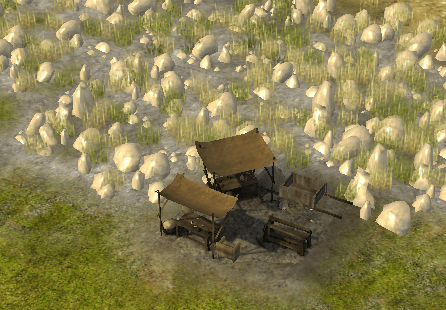 A Stone Camp allows you to take any stone from the map within a specific area and trasfer it to a warehouse within the city. From here it can be used on wonders, trade or for other purposes. 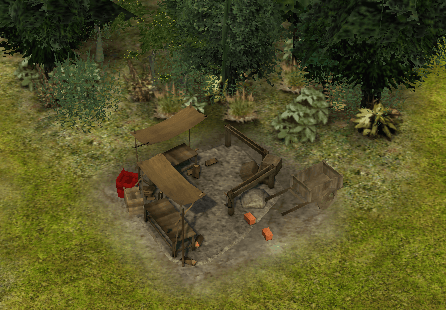 A Wood Camp is responsible for the removal of trees on a map and the wood will be stored in a Warehouse in the city. This can then be used for other purposes, for example making Javelins needed for creating Velite troops, as well as beds and recliners for citizens. 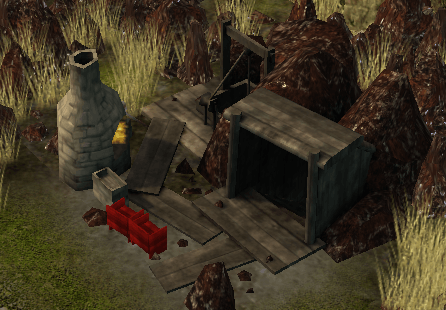 Iron Mines will generate iron from the surroundings and store it in a warehouse within the city. This can then be used for other purposes, such as weapons for Legionnaires. 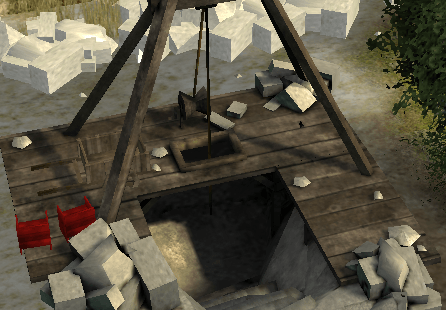 A Marble Quarry provides the city with a supply of Marble, stored in a city Warehouse. It is particulary useful for trading purposes.