The Hawk is an opponent that is neither particularly tough or particularly easy to defeat. His Castles also play a role in this, being neither well-built or poorly built, although they do have some good defensive capabilities. As with most lords, his Granary is outside of his castle wall. If you want to quickly damage his economy, this is the best place to attack. His castle itself is also completed very quickly the vast majority of the time, including all the towers - so this is definitely the best option for a quick attack.

He sends over groups of Archers to your estate to attack you, along with a catapult or two with each group. These don't really pose a significant threat to you providing you have a good number of ranged units on your walls and towers. I recommend using Crossbowmen who can deal much more damage than Archers much quicker.

Regrettably, like with one or two other lords, The Hawk does not tend to be able to create a sieging force to attack you with and instead remains a defensive lord throughout the game. This is because he lacks the spears in his Armoury to recruit Spearmen. 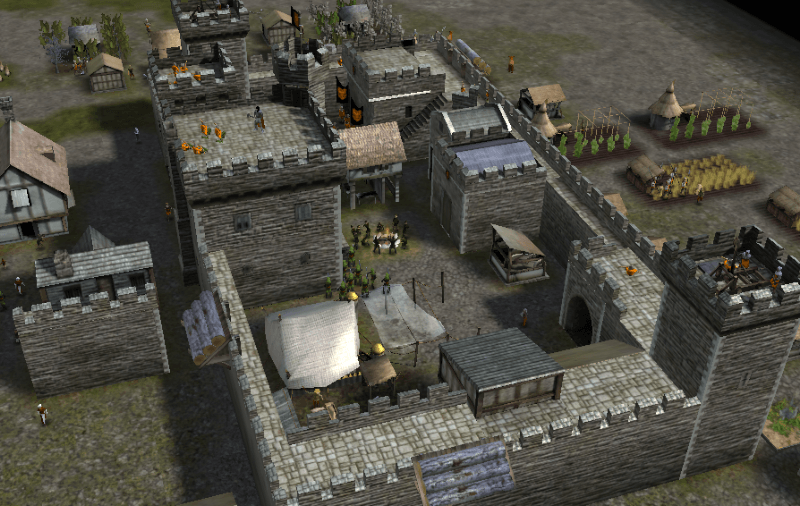 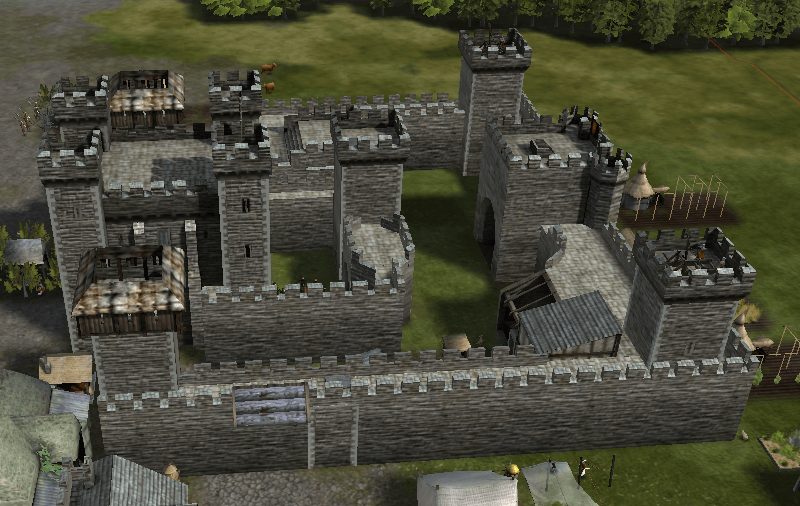 On his first castle, the major weakness is the fact his Engineer's Guild is on the outside of his castle but just nearby his wall (and most crucially, Keep). If you commandeer that with Crossbowmen, you can do some serious damage to troops stationed on not only his wall, but also his Keep as well, potentially even managing to kill The Hawk himself. Even if you can't manage to kill him from there however, this can still be used strategically - use several catapults to break your way through his wall next to where the rolling logs are (just after the Engineer's Guild). From here, you can destroy his Mercenary Camp and get straight into his Keep.

The second castle is a much better design and contains and outer wall and inner wall. Though it does have the same weakness with the Engineer's Guild being placed outside the castle itself. However, on this castle, it can only really be used to cause damage on The Hawk's walls rather than to mount a full invasion. I instead recommend using Trebuchets to attack the Gatehouse and frontal wall of his castle. Make sure you protect your Trebuchets with Cats, and then destroy his outer towers.

Finally move into the second wall with catapults. This wall is significantly weaker than the first as it is only a single line of stone. I would recommend targeting that for two reasons, firstly it's easier to create a breach but secondly because there are many man traps surrounding the Gatehouse. Send all your armoured units up to the Keep, and kill The Hawk!

Tip: If you do want to use the Gatehouse or would prefer to clear the man traps first before moving in, recruit many Armed Peasants and use them to clear the path for your regular armoured troops. An easier option altogether would be to use the Barracks stairwell to gain access to the outer wall and get to the Keep using the tower's exit on the inner wall.