Castle Quote
Did I say that I could do with a drink?
Old Man
Stronghold 3
Site Search
Game Navigation
Newest Gallery Images

The Queen is a fairly moderate opponent, and has a fairly mainstream castle as well - though it is also fairly compacted together. It's not the most well constructed, but it is practical and certainly not the worst either. She regularly sends over various groups of Horse Archers to attack you. You can fight off these attacks by placing Towers and stationing around 20 Archers on them. They will be able to reach further and should kill all the Horse Archers before they actually pose a risk to you. At the very least this should minimise any damage. The Queen places her Granary outside her castle, along with her Mercenary Post. These should be key targets during any attack to both damage her economy and put a temporary halt on her recruiting more Horse Archers.

Sieges from The Queen contains a large group of Berserkers, two groups of Archers and the vast majority of it is Swordsmen. She creates half a dozen Catapults along with Cats for protection, and attempts to smash through your wall, before sending any Laddermen in afterwards. To combat these sieges, I recommend you need a defence built up. You can be caught off guard if you don't have a decent defence ready for her, and this can cause some serious problems. I also recommend placing several towers full with Crossbowmen on your wall to help to kill off her troops at a faster rate. Due to the lack of Armour by Berserkers and Archers they can easily be cut down, and the remainder of her siege force is all Swordsmen. If you have a decent number of Crossbowmen, they will also be cut down easily leaving her with no force left. 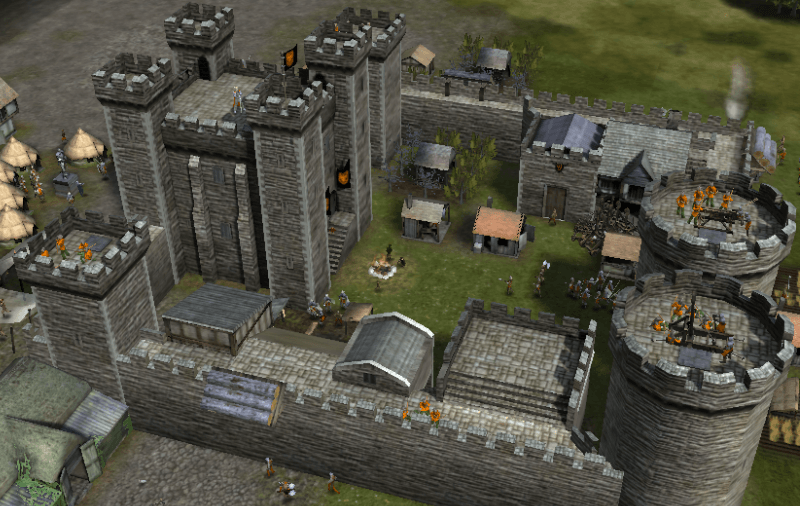 Taking a look towards her castle, it's neither remarkably well constructed or poorly designed, although there does appear to be an existing hole in her wall right of her Gatehouse every time she builds it. Whether this is deliberate or not is something which is still to be determined, although this does not exist on the castle design in the game file. There are no man traps, killing pits or pitch ditches placed around this area which means you can just walk straight into her castle. And to make things even worse for her, having placed her Engineer's Guild just next to this gap, this means you can get direct access to her walls from this as well. If however you do wish to siege this castle in a normal way, you can use Catapults or Trebuchets against the far wall between the Engineer's Guild and her Barracks as this is the weakest spot in her entire castle. Once you're through, just charge the Keep!