Lord Barclay likes to present himself as a tough opponent. And he's exactly that. His castles are probably the most sophisticated and well constructed, he uses sensible troops and unlike the vast majority of other lords, he does not for the most part send swarms of troops to vandalise your buildings, leaving you in peace to build up an army to defend from his eventual invasions. There are of course a few exceptions to this as he does occasionally send over groups of Horse Archers and more rarely catapults. These can easily be killed off by having a tower which has around 20 Archers stationed on it.

The main problem with Barclay's Castle is the time it takes to fully complete it. There is a lot of Stone used on it and it takes a while to fully complete it, depending on how quickly he receives his Stone. However when it is completed, it is formidable. Lord Barclay also takes a very long time to build up an effective Siege force. When it does arrive though, it also comes in force. His sieging armies mainly contain large numbers of Outlaws and Crossbowmen, as well as containing several Knights - so beware about engaging at close range. He creates several Catapults and Trebuchets, which, if you are lucky enough you will be able to destroy before they get within range.

In order to kill off all of these troops, I recommend using a large number of Crossbowmen stationed in Towers, with accompanying Archers stationed on nearby walls. This can be a difficult siege if you don't prepare for it or leave any blind spots in your wall. 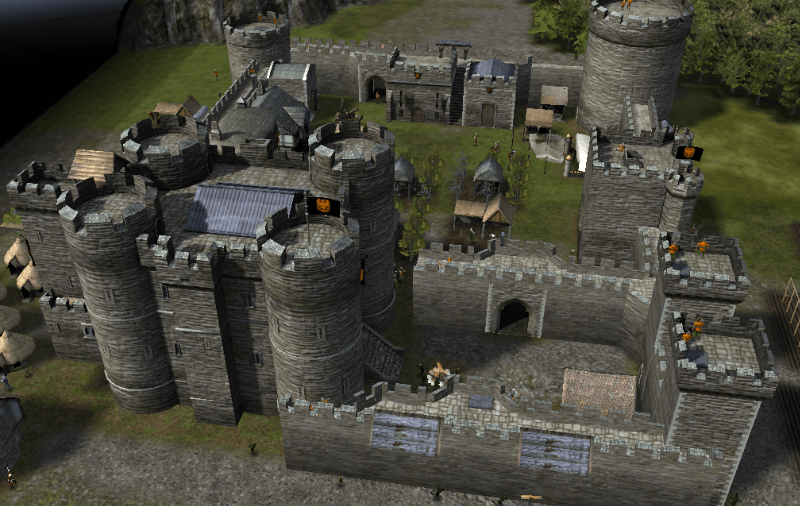 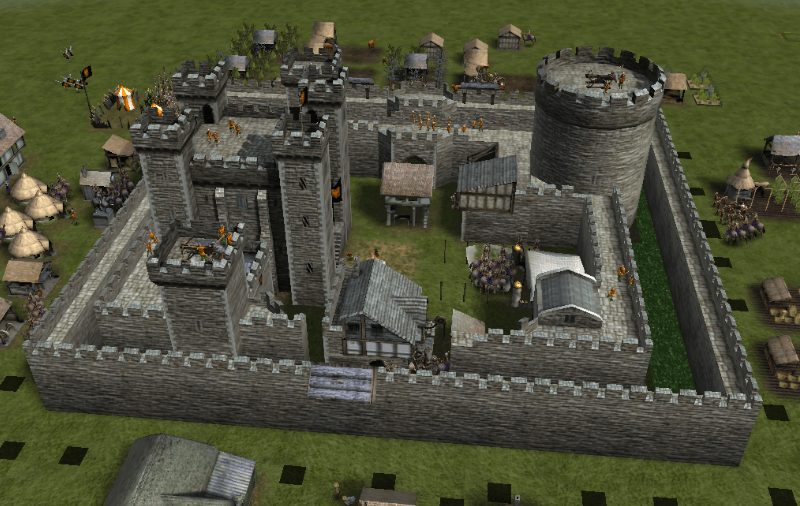 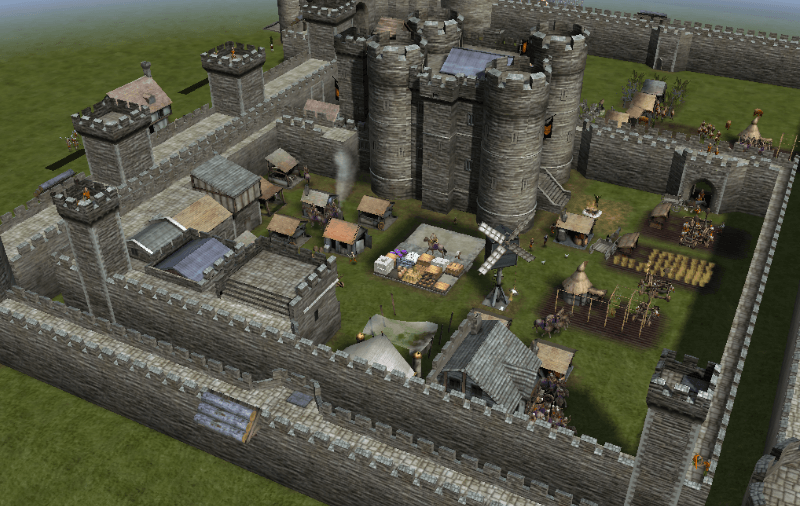 His first Castle is very well constructed: it contains all the food production buildings inside, along with his Granary. This makes it impossible to damage his economy without first getting over his castle wall. All his major buildings are also inside his wall so that makes it much more difficult to do any real damage without getting inside. I recommend using Trebuchets to attack and destroy the smaller of the two outer Gatehouses before moving inside with Armoured troops. Now you can destroy buildings.

Next, you face the opportunity of using the single weakness this castle contains: the outer wall being joined to the inner wall. By using the stairwell on the existing Barracks, you can move all the way around his wall, ending up right next to his Keep. You could also send some troops to capture the inner Gatehouse, sending through all troops to finally get to the Keep.

You'll be pleased to find out that the above castle only gets chosen for Lord Barclay when there is enough room in his estate for it to be built effectively. The remainder of the time, his second castle is seemingly chosen. This is just as well defended - if not better - as this castle truly has two separate wall systems completely isolated from one another. This means you must smash through two walls (and moat in-between them both) to actually get to his Keep. The main difference in this model is that the Granary is outside of his Gatehouse.

Try destroying it to damage his economy. To breach this castle, I recommend using Trebuchets to destroy the massive Great Tower in the centre of his castle. Next send in a wave of catapults to destroy the first and second wall while your men dig the moat. From here, send all your men straight to the top of the keep.

The third design I have never witnessed before in a game of Stronghold 2 - ever. Potentially because this is such a large castle design and requires so much stone (well over 1,500) it's virtually unusable in any scenario. I stumbled across it quite by accident while looking through the AI castle files and forced it to be chosen for every Kingmaker game to get the screenshot above. But this monster of a castle is by far one of the best castles in the entire game.

Should you genuinely be unlucky enough to be faced with this castle in a Skirmish, my advice would be to attack one of the east or west walls and break through the first layer using your Trebuchets. If you're confident enough, move in with Catapults otherwise use Trebuchets on the second layer as well. This is a tough castle so do not be surprised if you need two or three attempts to finally breach the centre and get to the Keep.

Tip: Use Cats and Mantlets to protect your troops and Siege equipment from fire by Archers in towers or walls while you destroy Barclay's castle. This will allow you to preserve more for the final push.