Wolf Castle 10 is arguably the rarest of Wolf Castles, it is a stripped down variant of World Castle 11 which is the most expensive Wolf castle to remove. Expect to smash a good two waves against his walls to remove this castle, I’ve done it in as little as one wave but it was more expensive when calculating the cost of the 5 Captains I needed to utilize. 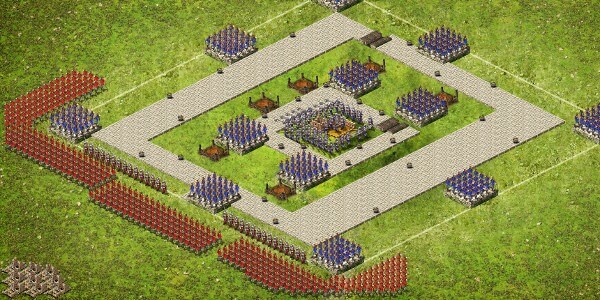 Wave One: Wave one focuses on the removal of Archers on the exterior towers in preparation for the second wave, I throw in a handful of Catapults to speed up the second wave and some Pikemen to trip the Oil Pots and Killing Pits so my Archers here last longer. As you might notice I decided against using a full 500 army in this first wave, the total troop count is 439.

This is because of the law of diminishing returns, if I had added more Archers to the attack they would not have proven as effective as the initial 400 I used. It’s possible the attack could be tweaked more to maximize effectiveness but this castle itself is rare and therefor doesn’t easily lend it’s self to running such tests. 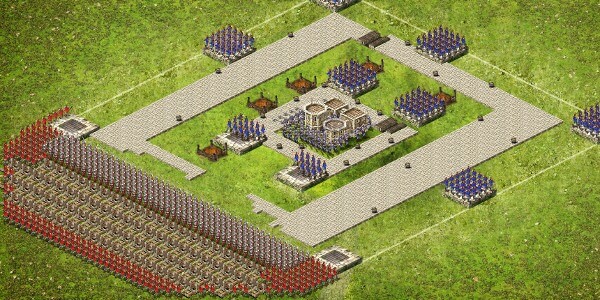 Wave Two: Wave Two concentrates on bombarding The Wolf’s Keep with Catapult fire, in the process both remaining Great Towers will be removed and many of The Wolf’s Pikemen guarding the Keep killed without much effort on the part of my Pikemen (Catapults are deadly). The unit numbers are pretty standard for my AI castle assaults which makes for easier army building because I have to check numbers less.