In some ways Wolf Castle #9 is a visual treat, at first glance it certainly looks like you can take it out with one full, well placed, army and this is true to some extent but you would need to use Captain Tactics which in turn can vastly increase the cost to remove. 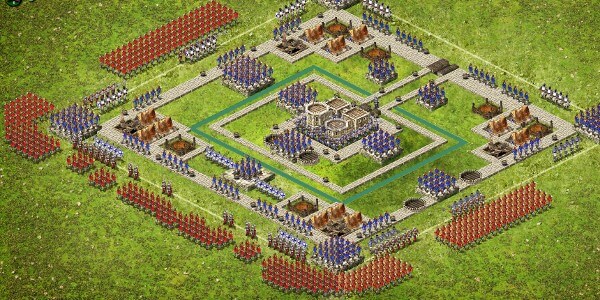 First Wave: After several attempts I’ve settled on a fairly inexpensive two-wave approach, the first primarily composed of Archers and the second, a shock assault with eighty Catapults. I have yet to see an attack against the AI which benefited from more than 80 catapults. Mostly because AI castles aren’t very solid out at the white line and the Catapults in the rear will cause more damage to your troops via friendly fire than to the enemy.

So the attack setup for the first wave focuses on tripping Oil pots and Killing pits while my Archers eliminate The Wolf’s garrisoned Archers on the foremost half of his castle. 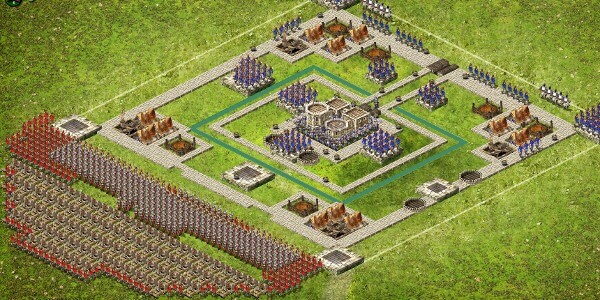 Second Wave: Coming now to the second wave I went with a pretty standard setup, the singular exception to this was exclusive targeting of the foremost enemy Ballistas, thereby preventing unnecessary causalities to my Catapult force which is truly the most costly investment in my force, recruitment-wise.