The challenges start to ramp up in terms of Wolf Castle strength with the introduction of Wolf Castle #5. Don’t let the small size of this castle fool you; it’s perfectly capable of wiping out an army of 500 troops if you set the attack up poorly. 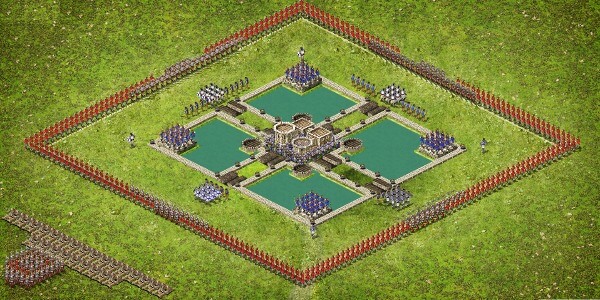 Here you have the basic “attack for honor” setup; Archers surrounding the castle to kill off the enemy Archers stationed in the towers. The Catapults have been targeted just beyond the Gatehouse nearest The Wolf’s Keep and are placed to gain frontal access to said Keep. Just behind the Catapults; Archers and a few Pikemen have been placed around the “invisible” Armed Peasant Tunnel to prevent those pesky Peasants from destroying our valuable Catapults.

The Wolf Castle #6 design is the first Wolf Castle walkthrough which I make the transition from attacks focused on Honor generation to attacks more focused on quick removal of the castle at the lowest cost possible. This design looks pretty harmless on the surface but all the bare spots in the castle are filled with Killing Pits. 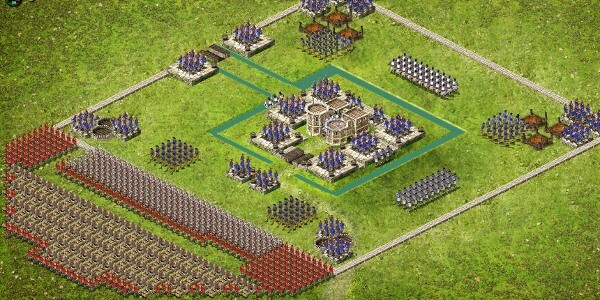 Here we have the classic assault setup with Pikemen out in front with the Catapults behind and Archers along the rear and sides to protect the Catapults from Tunnel Armed Peasants and Sally-forth Knights. A frontal attack on this keep is best because there is much less moat to remove which means fewer causalities to our attack force and a much faster route to the Keep. As I noted previously, this attack on The Wolf is the first so far in this walkthrough series which does not concentrate on attacking for the sake of Honor generation, opting instead for a quick removal of this Wolf castle in a single attack

In setting up the Catapults I tried something new and targeted the Wolf’s Turrets, this idea ultimately failed as you can see in the result and despite the fact that I had around twelve Catapults firing on the Turrets, the Turrets remained intact. In future attacks I recommend targeting those fringe Catapults at the center of the castle as per usual or you could even consider removing twelve of the total Catapults altogether. Regardless, don’t get greedy and try to destroy both Great Towers else you might end up not removing either which makes the attack much more costly.