Weighing over 60,000-pounds with a 6-foot diameter, ''Redstone'' Missiles were 70-feet long and could deliver a Nuclear Warhead of 3.5-MT. Liquid propulsion featured a mixture of Ethyl Alcohol, Liquid Oxygen and Hydrogen Peroxide. 80,000-pounds of thrust could be achieved. Short ranged, The Missile could range close to 60-miles and could achieve 60-miles in altitude. As such, these weapons were deployed close to Soviet proposed assets. The ''Redstone'' Defensive System remained in force until 1964 before being replaced.

It was a ''Redstone'' Missile that was repurposed to launch Australia's first viable Satellite in 1967. 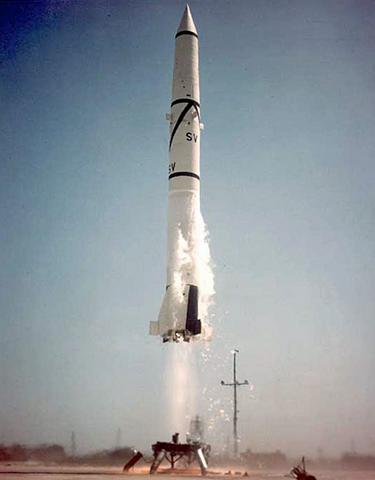