''Sir'' Feirefiz was a Germanic Character which was ''added'' to the Arthurian Legend around the 13th Century AD. The unusual nature of The Knight was based on a ''Moorish'' form of Warrior, with a Caucasian Father and African Mother. Feirefiz was said to be a ''capable Knight'' and famed Fighter. Some Historians attribute this ''Version'' a counter to The French Lancelot (King Arthur's ''Best Knight'').Also known as ''The Saracen'', He did not feature in the original ''Le Mort'' Saga. 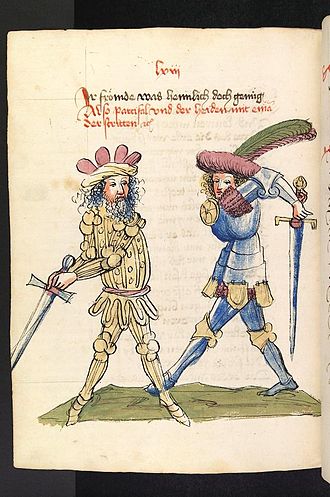