The term ''Locus Amoenus'' is a Literary one – which can trace it's origins to Ancient Greece. It is related to the ideology of ''Paradise'' or ''Eternal Rest''. Locus Amoenus would become a major component of Early to Late Medieval Writers. By The 15th Century, the term was closely linked to biblical visions of both Heavenly ''rewards'' and being in the ''presence'' of God. When conveyed in Painting (Art), Medieval Artists used copious amounts of light, peaceful and tranquil woods and trees. In fact, no ''darkness'' was normally used. In this vein, the term ''Locus Terriblis'' was used. Famed 14th Century Italian Satirist Dante Alighieri was very influenced by both ideas when He wrote ''The Divine Comedy'' (aka ''Dante's Inferno'') in 1320. Even noted Writer (and Satirist as well) Geoffrey Chaucer was heavily invested in the theory of Locus Amoenus. The Catholic Church saw no impediments to promoting the ideology. 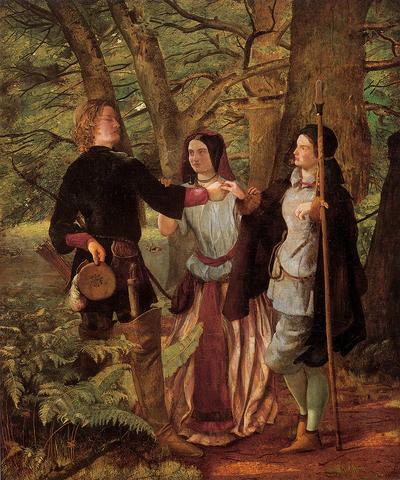